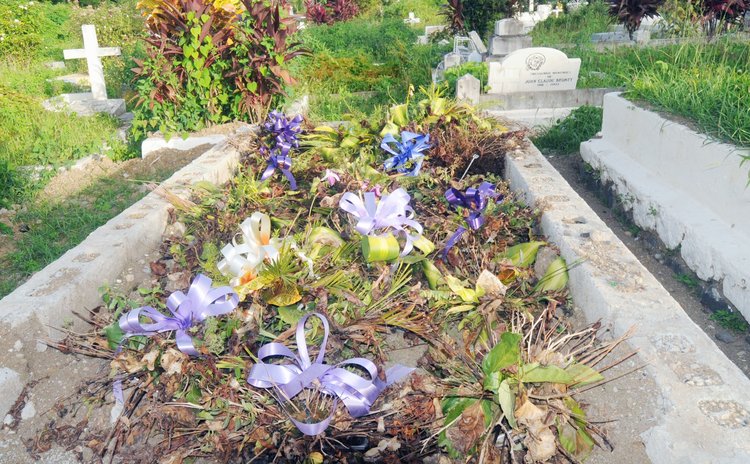 After a four-year court battle, a woman who fell into a grave at the Roseau Cemetery has won an award of EC$46,344.63.

In 2010, Safiya Shillingford sued the Roseau City Council (RCC) for negligence following an accident at the Roseau Roman Catholic Cemetery on the evening of November 1, 2008.

Shillingford claimed that she fell into a six-foot uncovered grave during the traditional ceremony of the lighting of the graves and suffered and continues to "suffer pain, injury, loss and damage" due to fractures and other injuries to her hip, leg and knee.

Through her lawyers Heather Felix-Evans and Jeffrey Douglas-Murdoch, Shillingford told the court that the accident was caused by the RCC's negligence, or of its servants and or agents who failed to cover the open grave to prevent or avoid visitors to the cemetery falling into it. The RCC also failed, the lawyers stated, to take into account the event that would be taking place at the Cemetery on November 1, 2008 and did not place and or maintain appropriate and sufficient warning at or close to the open grave to alert visitors of its presence.

However, the RCC through its lawyer Steven Isidore argued that it was Shillingford who was negligent and "failed to take adequate precaution for her own safety."

"The Claimant failed to take any or sufficient steps to avoid the alleged fall, being fully aware of the risk of walking in a graveyard at night. She also failed to look where she was walking; walking/proceeding too fast in all the circumstances and in the premises failing to take any or any sufficient care for her own safety," the defence lawyer stated.

But in his 19-page judgment delivered on March 11, 2014, Justice Errol Thomas stated: "In plain terms, the defendant owed the claimant a duty of care as it was reasonably foreseeable that persons like the claimant would come to the cemetery on the night of November 1, 2008 and fall into an open grave."

"Indeed, there is no evidence that any other person or authority digs graves at the Roseau Roman Catholic Cemetery. This would render the defendant vicariously liable for the acts of their servants, being the grave diggers," the Judge wrote.

"Accordingly, it is the determination of the court that the claimant's injuries are attributable to the claimant falling into an open grave at the Roseau Roman Catholic Cemetery on the night of November 1, 2008.

"Accordingly, considering the claimants age, her present occupation which involves at least five hours of foot patrol when on duty, the opinion of the orthopedic surgeon as to future pain, the claimant's inability to jog as frequently as before, plus the awards cited above, the award to the claimant is $35,000 for pain and suffering and $10,000 for loss of amenities," Judge Thomas stated. She was also awarded $1,344.63 as special damages.