Women as Political Leaders – not a gender issue 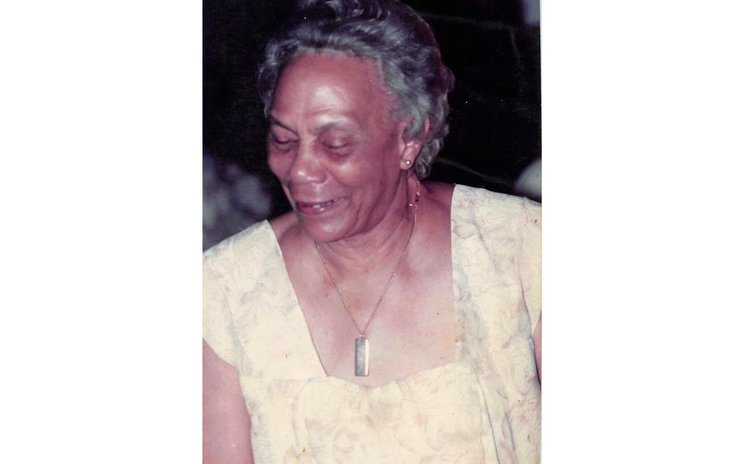 Modern history is showered with women as political leaders and Heads of government. When women first emerged in these roles, it was regarded as 'breaking a glass ceiling' – a breakthrough for the female gender in occupying high positions once regarded as the preserve of men. There was truth in that sentiment at the beginning of that revolutionary trend, but even though women leaders do still attract support from some women - and the opposition of some men - purely on the basis of gender, the human race has moved on from solely gender considerations. Today, women as political leaders is not a gender issue. They have to prove that they are every bit as capable as men.

Two events over the last few days brought this reality into sharp focus. The first was Theresa May, the unelected Prime Minister of Britain, calling a sudden general election for June 8, and the other was the launch of a new political party in Antigua and Barbuda by Joanne Massiah, a former elected member of the opposition United Progressive Party (UPP) who recently declared herself an independent member of the House of Assembly.

In calling the British election, Theresa May brazenly broke a pledge she had given to the British people not to call an election before the Brexit negotiations with the European Union (EU) was completed. She broke that pledge for many reasons, the primary one being that the opposition Labour Party appears lacklustre and unappealing under the present leadership of Jeremy Corbyn. Calling the election while there is no formidable challenger from the main opposition party is an expedient decision. The Labour Party was caught napping, unable to oust Corbyn for a more dynamic and acceptable leader in time. In that context, May has a chance of being the elected Prime Minister of a Conservative government for the next five years. Ironically, however, it is another woman that might upset her cart and scatter her apples. Nicola Sturgeon, the feisty leader of the Scottish National Party, is determined that Scotland should eschew Brexit. The Scottish people voted overwhelmingly in last June's referendum to stay in the EU. The battle between these two women is now firmly joined on fundamental political matters; gender has nothing to do with it. Should the pro-EU Liberal Democratic Party do well at the election with the backing of those voters in England, Wales and Northern who want to remain in the EU, a coalition of forces might yet topple May, having nothing to do with her gender.

Across the ocean in a much smaller Island nation, Antigua and Barbuda, a woman threw her hat in the ring for the second time to become leader of a political party. On the last occasion, on the rubble of a defeated UPP, she sought the leadership in a contest against Harold Lovell. She had won her seat in Parliament in the general election; Lovell had not. Her decision to run for the leadership had nothing to do with gender, and all to do with a belief that she was a better candidate. As it turned out, she may have been too trusting of a system that she subsequently regarded as treacherous when Lovell won the contest overwhelmingly, but as she saw it not fairly. Eventually, bad blood between the two led to her expulsion from the UPP. Now, she has formed the Democratic National Alliance (DNA), and Antigua and Barbuda has its first woman as the leader of a political party, not because of gender but because she holds the view that she has the capacity to lead the country.

The Caribbean's modern history has many such women, among them Mia Mottley, the present leader of the Barbados Labour Party. Then, there are those who made it to the office of Head of Government - Eugenia Charles of Dominica; Janet Jagan of Guyana; Portia Simpson-Miller of Jamaica and Kamla Persad-Bissessar of Trinidad and Tobago. The essential ingredient was not their gender, but their readiness to take on the rough and tumble of politics. Appealing to gender alone and the refrain of "time for a woman', does not cut it in the world of real politics. Faint hearts do not make leaders; courage, drive and political astuteness are the criteria by which any leader is judged – man or woman.

There are fine examples of such women in other places at this time and in former times. Altogether, 70 countries have had women as Heads of Government. History reminds us of the formidable Golda Meir of Israel; the tough stewardship of Indira Gandhi of India; the two Bandaranayke women Presidents of Sri Lanka; Margaret Thatcher of Britain; Isabel Martínez de Perón of Argentina; Benazir Bhutto of Pakistan; Gro Harlem Brundtland of Norway. Today, the highly-regarded Angela Merkel is serving her 12th year as Chancellor of Germany; Michelle Bachelet is in her second term as President of Chile and Ellen Sirleaf has been president of Liberia since 2006.

Margaret Thatcher is universally remembered as 'the Iron lady'. She caused the coining of that phrase when she said: "If you lead a country like Britain, a strong country, a country which has taken a lead in world affairs in good times and in bad, a country that is always reliable, then you have to have a touch of iron about you". In reality her observation is true for running any country – however large or small. The women who led countries did so not because of their gender, but because they had iron.

(Sir Ronald Sanders is Antigua and Barbuda's Ambassador to the United States and the Organisation of American States. He is also a Senior Fellow at the Institute of Commonwealth Studies, University of London and Massey College in the University of Toronto. The views expressed are his own)