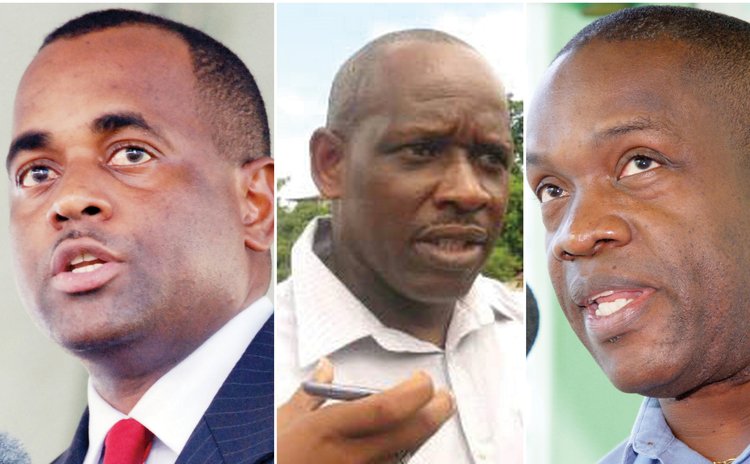 Dominica's court is to determine the fate of Davidson Valarie who has been appointed by Prime Minister Roosevelt Skerrit to act Deputy Chief of Police.

Opposition leader Lennox Linton has revealed that he received a letter from Prime Minister Skerrit on September 5 informing him of the appointment on the same day that Hobbes Jno Baptiste, the holder of the post, went on leave.

Earlier Linton argued that he was "not consulted as mandated by the constitution" and he was going to take the matter to court.

Well, he has. The suit filed on 16th September names Prime Minister Skerrit as the 1st defendant and his Attorney General as the 2nd defendant.

Inevitably, the issue will boil down to the court's definition of "inform" and "consult". Section 92 (1) clearly states that the Prime Minister must "consult" with the leader of the opposition in appointing the Chief and Deputy Chief of Police.

In Skerrit's letter to Linton he said: "In accordance with Section 92 (1), of the Commonwealth of Dominica Constitution, I wish to inform you that I shall advise the President to appoint Mr. Davidson Valerie to act in the position of Deputy Chief of Police."

Linton argued that a letter does not amount to consultation.

"Clearly, this is not consultation and I want to make it clear that consultation is not what Skerrit thinks it means, or wants it to mean, in his own politically driven war against the Constitution, the supreme law of the Commonwealth of Dominica," he said. "We are not saying to Mr. Skerrit that consultation means that he must act on the advice given but as the person who has a duty to consult, he is under a legal obligation to seek advice or an opinion on his viewpoint or proposal before he decides to advise the president. That is what the Constitution provides."

Through his lawyer, J. Gildon Richards, Linton wants the court to declare the appointment of Valarie as acting deputy chief of police "unconstitutional…null and void."

Richards also wants the court to order the Prime Minister to advise the President to act in compliance with the stipulation for consultation in section 92 (1) of the constitution.

He is also wants the court to rule that in making the decision to advise the president of Dominica to appoint Davidson Valarie as Deputy Chief, the Prime Minister violated the provisions of the constitution in that the prime minister failed, or refused to engage, in mandatory prior consultation with the Leader of the Opposition.

Richards is also asking the court to order the Attorney General to pay the cost of the court proceedings including Linton's costs and any other order the court deems fit.