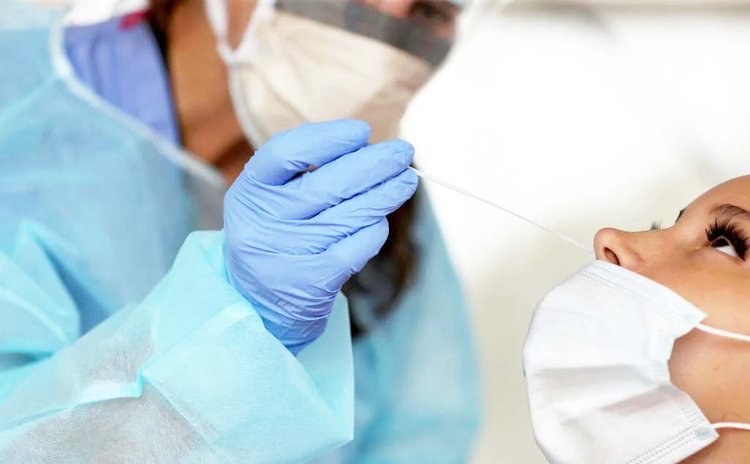 The financial hardship is beginning to set in for employees who are now required to pay out of pocket for COVID-19 testing. While pro-vaxxed advocates may see this a reasonable consequence for those who did not take the jab, some vaccinated are not spared either from the financial blow.

Prime Minister, Roosevelt Skerrit, has repeatedly assured the nation that vaccination will not be mandatory. However, employees insist that this pledge is proving hollow for workers in the private sector, as according to them, some business owners are increasingly making it difficult for those who are not inoculated to function.

A recent decision by the government to lift several COVID-19 protocols also brought an end to free COVID-19 for those who required such for work, appointments or travel and citizens in need of tests for these purposes must source it from private entities at their own expense.

Since the announcement, certain establishments have mandated that unvaccinated employees must present a negative test result bi-weekly and the vaccinated once monthly.

In The Sun's quest to determine the impact on employees, a cashier who chose to remain anonymous at a well-established department store, dubbed the measures as "draconian rules."

According to the employee, though certain arrangements were made to have testing done at a reduced rate, her $300 weekly earnings which she described as "minuscule pay" is insufficient for her now added expense of $180.00 monthly.

Another employee told The Sun he is fully vaxxed but rather than be rewarded for taking the jab, he too is being left with an unwanted expense.

"Unvaccinated and vaccinated, we all seem like a threat to the business, that's how I see it," another lamented.

So what are the trade unions doing?

Two unions who do not represent employees impacted have publicly spoken on the matter, commending the decision of businesses who have implemented these measures.

"Too often things are just handed down to employees and there is not enough consultation. Government has discontinued a certain policy and we understand that someone else now has to meet the cost of testing if it has to be done but the employer has this responsibility not the employee. I don't believe it is fair and this decision should be revisited and reconsidered," Letang stated.

Attorney-at-Law Gildon Richards holds the legal opinion that the decision by any company to demand regular antigen tests from their employees at their expense should be rejected by all.

"I believe if we want the company to change its policies, it is the customers that can do that. If the company wants to be fair and protective of all persons who comes within the confines of its premises, it must require the same thing of all persons, because it is absurd to think that the employee will infect other employees and the customer, but the customer who will come in much larger number will not infect the employee," Richards posited.

Who should foot the testing bill?

However, in an exclusive statement to The Sun, Executive Director of the Dominica's Employers Federation (DEF), Achille Chris Joseph, said, while the federation is not aware of an across-the-board implement of such measures, he rejected calls for the onus of testing to be footed solely by employers.

Joseph said that the Labour Contracts Act, Chap. 89:04, and the Employment Safety Act, Chap.90:08, as well as the Workmen's Compensation Ordinance, legislates the requirement of an employer to dispense a duty of care to his employees.

"The duty of care requires the employer to provide a safe working environment; safe system of work; competent fellow-employees; and the like. As such, it is the responsibility of the employer to ensure that his employees are safe, and protected from any injury which can be caused on the job and, in instances, even in the course of duty," he declared.

He further noted, while it is typical for the employer to meet the cost of medical testing and related services, where the employer is the one making the request for testing, not all employees fall within the operations of this Labour Contracts Act; therefore, not binding on an employer to whom the Act does not apply.

"And even in instances where the Act does apply, there is an opinion that the employer who requests an employee to submit to a COVID test, is not doing so because it is primarily desirable to the employer, rather, it is because the public health authorities require employees contaminated by the virus to be identified for purposes of placing them in State-run quarantine."

Moreover, the DEF's Executive Director argued that: "We live in a democratic state where we all have representatives in the House of Parliament. And most of us have someone in Cabinet. As such, we have direct access to the decision-making echelons among us. Why don't we advocate for the State to resume free or subsidized testing? We need to approach our battles on more than a single front."

Joseph said that a collaborative approach is needed to address the concerns of employees in such cases.

"The State cannot take a backseat altogether. Neither can the trade unions", Joseph said.