World Elder Abuse Awareness Day 2021: Ignorance of the law is no excuse 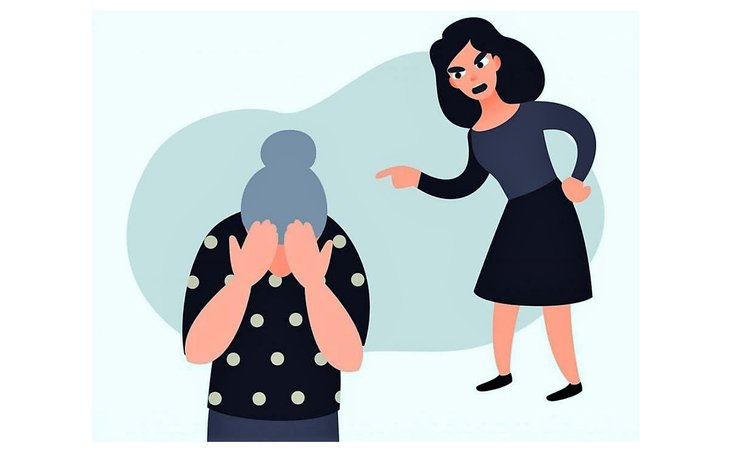 Violence, abuse, and neglect of older persons are the most hidden and underreported violations of human rights.

This is not our assessment: it comes straight from the United Nations agency responsible for World Elder Abuse Awareness Day (WEAAD) observed here and all over the world on 15 June every year.

In a statement for WEAAD 2021, the UN continues: "Not only are older persons at high risk of serious illness and mortality, but they continue to face disproportionate cases of age-based discrimination, stigmatization and subjected to multiple violations of human rights".

Therefore, the UN Department of Economic and Social Affairs has selected the theme "Access to Justice" to remind us of the importance to fully address the needs of older persons who may seek legal recourse.

In other words, the abuse of older persons is relentless and abhorrent. And no one seems to care enough to raise a finger to stop it. But these criminals who abuse old people must be stopped and there are laws to help us reduce the abuse of elders.

In Dominica, there should be no greater crime than elder abuse, yet this repulsive behaviour is treated like some mild disease that can be cured with a simple shake of the head.

WEAAD was recognised as a United Nations Day by the General Assembly in its resolution A/RES/66/127 adopted in 2011.

Last year, the Dominica Council on Ageing (DCOA) organised radio discussions and Dominicans learned that elder abuse is a widespread and multi-faceted problem that is eating away at the moral fabric of our society. Elder abuse includes sexual, physical, financial, and emotional abuse; it also includes abandonment and neglect.

What is particularly significant about the problem of abuse of the elderly is the fact that cases are woefully underreported and the main perpetrators are members of the victim's family. So, the hundreds of cases that we hear or read about are just the tip of the head of this multi-headed monster.

Information on elder abuse in Dominica is just not available because the victims usually suffer in silence; usually, they are protective of the relatives who abuse them; and, most importantly, our society usually does not keep records of that type of crime.

Maybe the DCOA can use this year's WEAAD to take the first step towards cutting off the head of this ugly beast by conducting surveys to find out how serious the problem is in Dominica. The DCOA will agree that if you do not know the extent of the ailment you cannot prescribe the appropriate medicine.

Elder abuse is a worldwide problem but in Dominica, the situation takes on added dimensions because of the state of the economy. Experts say that elder abuse is worse in poor underdeveloped countries. The reason for this is obvious. If this is true then elder abuse must be indeed very severe because the economy of Dominica is at rock bottom due to a combination of natural disasters, such as Tropical Storm Erika in 2015 and Hurricane Maria in 2017, the COVID-19 pandemic, pervasive corruption, and decades of poor planning and inept implementation of programmes and projects.

Social scientists contend that when an economy underperforms the effect is felt most severely by the poor and the elder-poor. Poor senior citizens cannot afford the cost of professional caregivers so these poor seniors stay home alone in their little shacks. And there they are abused by their relatives and friends.

Some people argue that laws currently exist to punish the perpetrators of abuse of elders but the public must be made aware of these laws through education programmes.

This may make sense but as the ancient maxim of the law states: "Ignorantia juris non excusat" meaning ignorance of the law against elder abuse does not excuse the widespread mistreatment of older persons here, or anywhere.

The point we wish to reiterate is: the horror of elder abuse must not be swept under the doormat so that it gets lost in the dust and the grime.

We must call elder abuse by its name- a diabolic practice that must be exorcized.