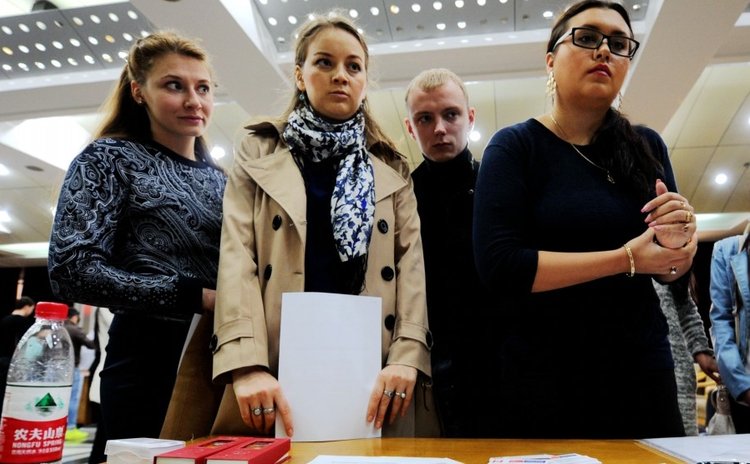 GENEVA, (Xinhua) -- The Labor Day is celebrated on May 1 around the world as a way to remember the historical struggle of working people, while a fledgling global economy and job market uncertainties brought a bittersweet reminder to this year's public celebration.

In light of the event, also called International Workers' Day or May Day, International Labour Organisation (ILO) predicts that by the year 2019, over 212 million people will be unemployed, a significant rise compared to today's 201 million.

"More than 61 million jobs have been lost since the start of the global crisis in 2008 and our projections show that unemployment will continue to rise until the end of the decade," said ILO Director-General Guy Ryder.

This holds particularly true for young workers aged between 15 and 24. According to ILO estimates, the 2008 financial crisis has particularly affected this age group's employment perspectives, as last year's unemployment rate of 13 percent is expected to rise in coming years.

Foreign graduates talk with recruiters at a job fair especially held for foreign students in Heilongjiang University in Harbin, capital of northeast China's Heilongjiang Province, April 25, 2015. More than 200 foreign graduates from ten countries tried to find a job at the fair. (Xinhua/Wang Song)

A latest ILO report showed that more than half of youth aged 15-29 in Eastern Europe and Central Asia completed their secondary studies and are ready for a job, but an economic slowdown in the region has brought only limited job creation, running the risk of wasting the potential of a large pool of well-educated youth.

According to the ILO report, many youth with a high level of education can eventually expect to find a stable job only after long periods of unemployment, usually one to two years.

In the Arab states, ILO estimated that unemployment is probably the highest in the world, with regional unemployment rates exceeding 11 percent in the Middle East and 12 percent in North Africa, and the problem is particularly pronounced for youth and women, with one in four young men and women being out of work.

"The Arab region must respond to an acute crisis of unemployment because failure to provide decent work opportunities is a potent threat to the stability of our societies," said ILO Director-General Guy Ryder.

In Latin America and the Caribbean region, the average urban unemployment rate stood at 11 percent a decade ago and then dropped to 6.1 percent last year, but according to the latest ILO figures, it is expected to rise to at least 6.3 percent in 2015.

According to ILO analyses, the private sector services and accommodation and restaurant services will create the most jobs over the 2014-2019 period. This contrasts to the agricultural and forestry sector, the global market's biggest sector which will continue to lose workers as it has done over the last five years.

However, some positive trends also can be observed despite grim employment perspectives, according to ILO.

"The good news is that the number of workers in vulnerable jobs and working poverty has fallen around the globe," said Ryder