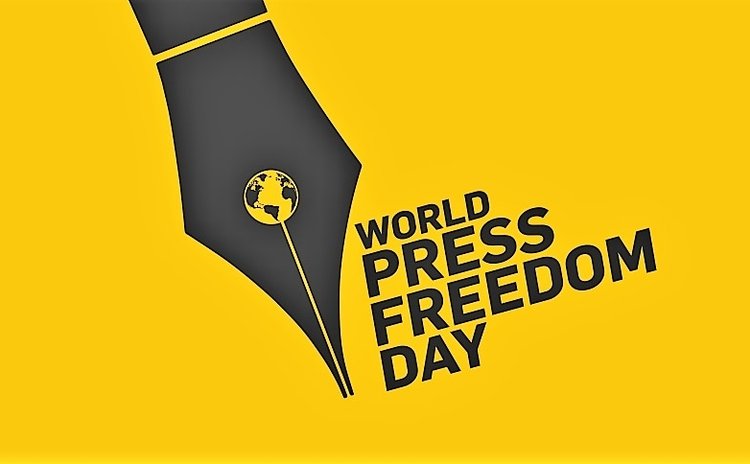 "This is the most transparent government you can find anywhere in the Western Hemisphere".

Yes, you read that sentence, above, correctly. That's how Prime Minister Roosevelt Skerrit responded to a reporter's question, on one of his recent "Annou Palè radio and television programmes, in which he is simultaneously a news maker and a news reporter, on the need for Dominica to enact a Freedom of Information Act.

And note that Mr. Skerrit made the statement with a straight face- he was not joking, as deliberately exaggerated as the statement sounds. But then the Skerrit Administration has frequently uttered hyperbolic statements about Dominica having the best economy in the sub-region, about leading the world in climate resilience, about elections here being freer and fairer than anywhere else.

As Dominicans joined the rest of the world's population in the observance of World Press Freedom Day (WPFD) on Monday 3rd May we believe we should have taken the opportunity to consider not only the state of the press here but also the pressing need for the enactment of a Freedom of Information Act.

The need for such an Act is extremely urgent. Here's an example: for many weeks, reporters of THE SUN have been seeking information on the state of the once- vital banana industry, especially in the post- Hurricane Maria period and during the on-going Covid-19 pandemic, from institutions and individuals who should know. Not a single institution, including the Dominica Export Import Agency (DEXIA), has responded so far.

That's why the theme for the 2021 observance of WPFD is important.

Approximately 100 countries have enacted FOI legislation, giving the media and the public on a whole a powerful means to extract information from public bodies and hold them accountable. Often the information is embarrassing but taxpayers have a right to know.

The revelation by foreign media that Prime Minister Roosevelt Skerrit had given a diplomatic passport to a former Nigerian minister with a shady background highlighted the need for similar legislation here. It is no secret that Dominicans are kept in the dark on how their tax dollars are spent. Extracting information from government, whether public servants or ministers, is virtually impossible. Often, journalists and the public are met with the customary, 'it's none of your business'.

For this reason, we might never know how many Dominican diplomatic passports are held by foreigners, who these people are and how much, if any, they each paid for the privilege. It is for the same reason we might never know the details of the memorandum of understanding signed with China in 2004, who sells Dominican passports, how governing politicians spend our money when they travel, how much the myriad advisors are paid, or a host of other activities undertaken by government in our name and paid for by us.

Now more than ever there is a need for open government. The vast gap between the political class and the people will continually erode our democracy and sever any trust and confidence in the public service. Openness and transparency are vital to better delivered public services.

In his futuristic fiction novel 1984, set in the frightening society, Oceania, George Owell wrote about several ministries, all deliberate misnomers because they serve the opposite of their purported namesakes. One of them is the ministry of truth, which is the propaganda ministry. Its purpose is to rewrite history to change the facts to fit party doctrine for propaganda effect to ensure that any prediction Big Brother previously made is accurate. Big Brother cannot make mistakes because it would suggest a level of weakness and to maintain power Big Brother and the party must seem eternally right and strong. Big Brother and his government are always seen in a good light and can never do any wrong.

The ministry of truth is located in an enormous structure and on the outside wall are the three party slogans, one of which is: "IGNORANCE IS STRENGTH."

The current state of affairs - the painful absence of honest, open and consistent communication from a haughty and arrogant administration - suggests a deliberate strategy of ignorance.

Responding negative reports on the state of Dominica's social services, economy and infrastructure, the Skerrit Administration frequently compares these contrary views with treasonous acts and a lack of patriotism. But we disagree.

As John B. Oakes, an American journalist of the New York Times, said some time ago: "Diversity of opinion is the lifeblood of democracy. … The minute we begin to insist that everyone think the same way we think, our democratic way of life is in danger."