World Soil Day 2021: Sustainable Land Use is a Must 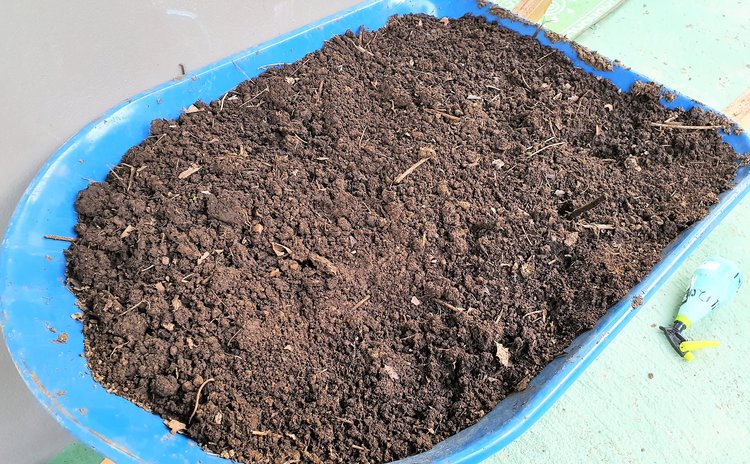 Compost in a wheel barrow

The name 'Nature Isle of the Caribbean' is a reflection of Dominica's plethora of plant and animal life, largely owed to its rich soils which provide the ideal conditions for various ecosystems to thrive.

The 'Nature Island' status does not mean work isn't needed to maintain soils which are the lifeblood of this robust wildlife habitat.

Speaking to the theme, Minister for Agriculture, Fidel Grant said: "It is well known that soils can become salt-affected very quickly for a variety of reasons: due to human mismanagement... sea level rises, a shallow water table which affects the root-zone…"

Dr. Davidson Lloyd, who holds a Ph. D in soil science, says luckily soil salinization is not a major concern to Dominica due to its volcanic soils, abundant rainfall, and farming systems.

"For several countries, especially the more arid regions, the rate of increase in salt-affected land is alarming. Approximately 1.5 million hectares of farmland is removed from production each year," Dr. Lyod said. Lloyd admits the country needs to have a serious look at ways to conserve its soils and boost soil productivity as research shows it takes 200-400 years to produce one centimetre of topsoil.

"Among the challenges is the relatively high acidity of our soils, a combination of the soil type and the high rainfall. This results in the leaching of essential nutrients below the root zone that is replaced by acid-forming minerals. More use should be made of soil amendments like white lime and organic matter, especially compost," he said.

The major threats to Dominica's soils can be grouped as natural and man-made. Natural threats in that the intensity and frequency of weather events contribute to the degradation of the resource. Man-made challenges refer to poor land-use practices related to civil works and agriculture activities. Lloyd says the two are inextricably linked.

"Where the land is not managed sustainably and soil conservation is not prioritized, the risks and associated impacts from these natural extreme events will be greater," he said.

Dr. Lloyd believes it is extremely important for Dominicans to become more informed on sustainable land use and soil management.

"Dominica is naturally a hilly area so a lot of activity happens on slopes. If we are not careful to put in some interventions that can reduce erosion and soil loss based on how we practice our farming, we can lose a lot of our topsoil and thereby erode national food security," Dr. Lloyd said.

In his World Soil Day address, Grant announced that Government, through his Ministry, had initiated the "agriculture land use classification exercise to reform and remodel the agricultural land capabilities and agro-ecological zoning of agricultural production."

Lloyd applauds this move saying it will go a long way in promoting sustainable land use and soil conservation.

"That would help tremendously. Soil is not necessarily homogenous...there are different types of soils and different properties which need to be managed in specific ways to continue producing food and having what Dominica is known for; wholesome produce," he said.

This soil scientist believes an all-hands-on-deck approach is needed to maintain the integrity of the country's soils.

"I'm looking forward to a more organized and effective collaboration between certain entities in Dominica that are responsible for the natural environment like the planning division, forestry, agriculture, lands and surveys, and DOWASCO. All these need to somehow work together and have a coordinated national plan for addressing issues of national resource management," he said.

Lloyd is advocating for greater attention to be placed on the importance of Dominica's soils throughout the year. He is also lobbying for youth to be engaged in the conversation to foster a greater understanding and appreciation for the environment.