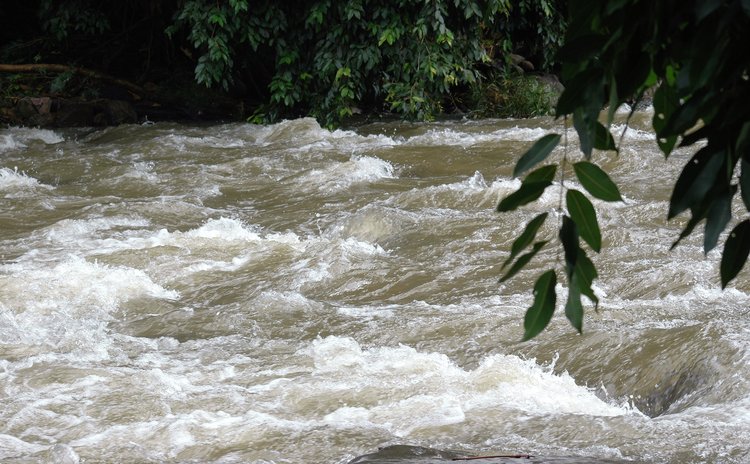 It is irrefutable that Dominica enjoys an abundance of fresh water, compared to the other states of the Organisation of Eastern Caribbean States (OECS).

What worries nationals of Dominica who care enough about our future is this arrogant disregard for the future of our children by ignoring the management and preservation of "this gift beyond compare", as the national anthem eloquently declares.

Last week for the observance of World Water Day (WWD) on 22 March, economist Dr. Allan Williams said in a PowerPoint presentation that "building respect for the abundance of supply of fresh water in Dominica is a major challenge that Dominica has to address."

Generally, water (and rivers) is an integral part of Dominican life. Without rivers, and fresh, pure water, Dominica would be a poor country indeed. In fact, almost every tourist attraction that we boast about every day is based on water- Layou River, Fresh Water Lake, Trafalgar Falls, Boeri Lake, Emerald Pool, Middleham Falls, Ti Tou Gorge, Indian River, Victoria Falls. And many more. So, say goodbye to tourism if these attractions cease to exist.

But we do not truly believe that our rivers are "rich and rare" gifts from God because we have such an indifferent attitude towards rivers and our abundant water supply. We couldn't care less.

"If something is of value, you take care of it," said environmentalist Athie Martin in an interview on TDN radio on WWD 2021.

Martin and many other conservationists have raised the alarm about the state of our rivers. They suggest that the entire Caribbean, for that matter, is slipping into the onset of desertification and that since Christopher Columbus re-discovered Dominica in 1492 not a single river has grown by a single inch. In fact, every river has lost and is losing significant water levels. In other words, our rivers are drying up right before our eyes.

Other countries in the region are probably worse off than Dominica. Jamaica, for example, has reportedly lost 50 rivers and St. Lucia was following in its footsteps due to a combination of deforestation, house and road building, legally sanctioned tree cutting by utility companies and the replanting of inappropriate tree species.

Dominica's rivers, and hence our water supply, is being threatened by poor water shed management and deforestation. A study of a couple decades ago by former forest officer Michael Zamore revealed that Dominica had been losing its forests at an alarming rate (the banana industry boom was the culprit) and that has adversely affected the state of our rivers.

What's more disturbing is that there's no official Government, or quasi government, department explicitly responsible to budget and programme for the protection of Dominica's water resources-not DOWASCO, not the Forestry Department, not the Discover Dominica Authority, not the Environment Health Department and certainly not the Ministry of Health.

As we repeat on WWD each year we hope the issue of protecting our dwindling water resources was on the minds of our leaders in the public and private sectors.

We must not wait for our rivers to run completely dry before we make definite and sustainable moves to protect them. If we do we will face real crises of unimaginable proportions -in health, agriculture, tourism, and manufacturing.

In addition, as we suggested last year, Prime Minister Roosevelt Skerrit, the country's minister of finance, must look beyond the building of resorts. He should be utilizing some of the finance derived from the Citizenship by Investment Programme (CBI) to fund research and development programmes aimed at saving our rivers. Without rivers Dominica will become a wasteland and the proposed resorts of the Skerrit administration will become giant white elephants. Because unless the people we expect to live in these resorts have something to see and admire, like our rivers and lakes and waterfalls, they will not visit Dominica; people do not travel to countries like Dominica just to live in resorts because there are many luxurious hotels closer to their homes, in Miami, Atlanta or London. These tourists come to Dominica to admire and enjoy nature, partake in our music and dance and enjoy our cuisine. Destroy our rivers and you can effectively say goodbye to tourism.

In fact, the Climate Resilience Execution Agency for Dominica (CREED) must make protecting Dominican rivers one of its key mandates because Dominica cannot become a climate resilient nation if its rivers are not protected from deforestation and continue to be people's garbage-dumping grounds.

As we reiterate year after year in our editorials in the SUN, Dominica's rivers face a number of challenges such as pollution, deforestation and urbanization. In addition, mega storms like Hurricane Maria that affect the region with alarming frequency help pollute our rivers with storm water laden with sewerage and toxic waste.

But the greatest threat to our rivers and waterways, and hence our supply of fresh water, is neglect. And abuse.