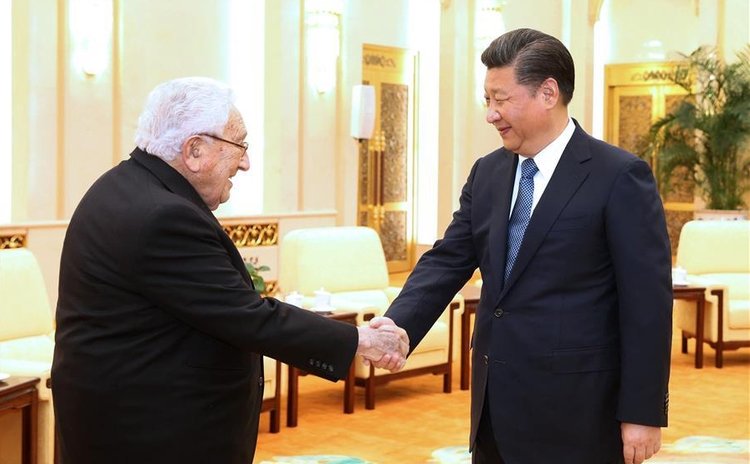 Xi appreciated Kissinger's contribution to China-U.S. relations over the past years, saying the sustained, healthy and stable growth of China-U.S. ties meets the fundamental interests of the two peoples and has helped with peace, stability and prosperity in the Asia-Pacific region and the world at large.

U. S. President-elect Donald Trump paid a visit to the 93-year-old strategist after he won the election.

Kissinger told Xi that he believes it is the expectation of the U.S. new administration to facilitate sustained, stable and better growth of U.S.-China relations.

"The development history of China-U.S. ties since the forging of diplomatic ties has proven our common interests far outweigh the differences," Xi said.

In their over one-hour-and-a-half meeting, Xi said the two countries should properly handle their different views and divergences in a constructive manner.

Kissinger, a regular visitor to China, said he hopes to continue efforts in boosting understanding and cooperation between the two countries.

As a trailblazer for China-U.S. ties, Kissinger paid a secret visit to China in 1971 which paved way for the establishment of China-U.S. diplomatic ties in 1979.