Yes, we are indeed a very strange people 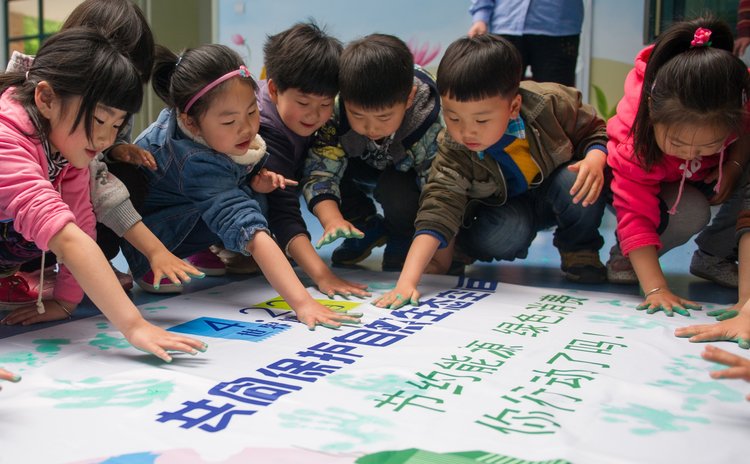 On Thursday last week, on April 22nd many millions of people around the world observed Earth Day, the date that the United Nations has set aside for communities the world over to clean up litter, plant trees, or simply reflect on nature and bring greater attention to climate change, one of the most urgent problems affecting our world.

But Dominicans were silent again in 2022, as they have been in previous years when Earth Day came around.

Not even Father Franklyn Cuffy, the guardian of our dying rivers, and the few other conservationists uttered a whisper; not even Atherton Marin a perennial protector of our environment articulated a few words about Earth Day; not even Cozier Frederick, the minister in the ministry of the environment issued a statement in support of the goals and aspirations of Earth Day.

We are a strange people indeed.

It is very strange, and more than a bit disconcerting, that Earth Day came and went and the inhabitants of the "Nature Isle of the World" (as Dominicans refer to their island) pretended that Earth Day had not a thing to do with us. And yet we, and our government, have set ourselves the almost impossible target of becoming the first climate-resilient nation in the world. But as William Shakespeare once said, talking isn't doing.

So, doubly strange is the fact that the 2022 theme for Earth Day was "Invest in our Planet" a theme that should resonate well with Dominica because we are currently trying to recover after the devastation of category five Hurricane Maria in 2017 that destroyed, not only our homes but a major part of our forest and that we need to invest many more millions over many more decades if we are to achieve the goal of being anywhere close to the first climate-resilient country in the world.

It is also strange that we continue to ignore Earth Day when the United Nations has warned every nation in the world that we should expect more frequent and more devastating storms if we keep ignoring climate change and do not do enough to reduce the impact of rising temperatures.

But we should not be surprised; Dominicans have always been strange people.

We continue to ignore important issues like electoral reform

Indeed, we are strange people.

"Invest in our Planet" should also resonate with our effort to save our species like the Mountain Chicken. In case you have forgotten, in 2002 the Dominican Mountain Chicken (Leptodactylus fallax) was a critically endangered amphibian that had to be saved from extinction due to a deadly attack from a fungal disease called the amphibian chytrid. The Mountain Chicken frog, known in Dominica as the Crapaud, was a cultural symbol that forms part of the Coat-of-Arms and is used as a logo by several very important Dominican institutions such as the National Bank of Dominica. Eighty percent of the population of the Crapaud was wiped out within 18 months. Other threats to the crapaud population included habitat destruction and hunting.

In addition, the Dominica Sea Turtle Conservation Organization (DOmSeTCO) has reported that the Dominica Sea Turtle population is in sharp decline due to a combination of climate change, plastics, and illegal hunting. Nevertheless, DOmSeTCO says that in spite of the decline "it is not too late to rescue Dominica's sea turtles but action must be taken immediately, including prosecuting those which illegally hunt the endangered species". The point is we do have issues pertaining to our endangered species and we need to find the ways and means to save them.

But as we stated in an editorial a few years ago, if Dominicans are as passionate about the environment as they say they are, why do they continue to ignore Earth Day? After all, we are the Nature Isle whose Coat of Arms proudly declares: "Apres Bondie C'est La Ter', (After God the Earth) to remind us of the importance of the soil and the environment, in other words, our earth, to the future prosperity of Dominica.

As we have also stated we are puzzled by the Government of Dominica's as well as civil society's nonchalant attitude towards other international days on the environment such as World Environment Day (observed the world over on 5 June), World Rivers Day (observed on 25 September) and World Water Day (22 March).

No rivers, no tourism

In the past, we have suggested that the Ministry of Tourism should make World Rivers Day, for example, one of its most important calendar events simply because more than 90% of our tourism sites depend on the state of our rivers.

Undoubtedly, the Ministry of Tourism must have noticed that many of these water sources, essentially our tourism product, are dead or near death. Many environmentalists have predicted that unless the trend is reversed urgently Dominica will have few water-based tourism sites in a couple of decades.

But we are strange people.

Of all the notable days that we mentioned earlier, Earth Day has special significance for Dominica. Even if one argues that Earth Day is a global "feel-good gimmick" that we do not need to be part of, billions around the world believe the event can be an opportunity to ensure that the next generation does not repeat the same mistakes as their parents. Earth Day, therefore, provides a moment of reflection to acknowledge our collective missteps.

Significantly, on Earth Day in December 2015 the Paris Agreement, a legally binding international treaty on climate change, was adopted by 196 Parties at COP 21 in Paris and entered into force on 4 November 2016. Its goal was to limit global warming to well below 2, preferably to 1.5 degrees Celsius.

We should also note that with the beginning of the 2022 hurricane season just around the corner, on June 1, Dominicans must consider the threat of another Maria-type monster storm that within hours can blow away the small recovery that we have made over the last five years.

But we don't seem to care because we are very strange people.