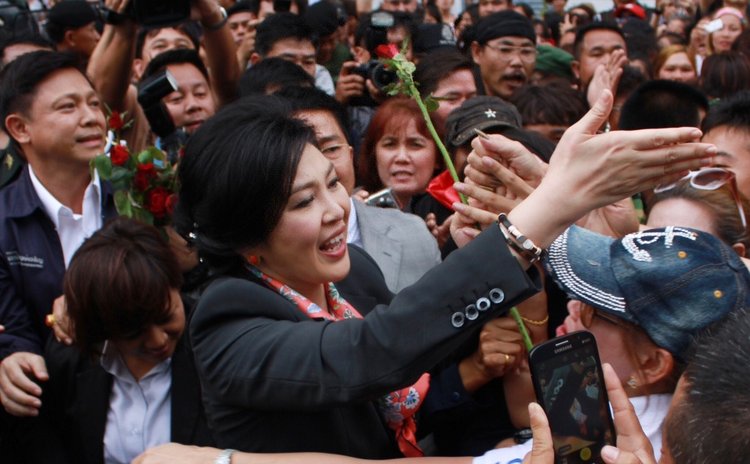 The Constitutional Court ruled Yingluck guilty of transferring a senior government official under allegedly hidden agenda in 2011. That court ruling immediately removed the lady leader from the post of acting premier.

Nonetheless, the current caretaker government will continue to perform caretaker duties until a new cabinet takes office despite the verdict which was delivered to Yingluck and some individual members of a previous cabinet under her premiership.

Meanwhile, the Constitutional Court rejected a petition seeking the court's endorsement for the naming of a non-elected premier to replace the deposed Yingluck, saying such matters practically remained beyond the court's authority.

The court judged that the transfer of Thawil Pliensri from the post of secretary general of the National Security Council (NSC) in 2011 had unduly paved way for the naming of Pol Gen Preowpan Damapong, who is related to Yingluck, as national police chief.

The court ruled that such transfers of senior government officials were "illegitimate" since they had been allegedly intertwined with "hidden agenda and vested personal interests."

During Tuesday's court trail, Yingluck categorically dismissed to no avail the allegations that the transfer of the NSC chief had been linked with any vested personal interests.

Given Wednesday's court ruling, nine members of the current caretaker cabinet who had been included in the previous cabinet which had approved the transfer of Thavil were also removed from office alongside the deposed lady leader.

The caretaker government is currently awaiting a royal decree for a new election to be prepared by the Election Commission and finally submitted to the Thai monarch for approval.

The caretaker government and the polling agency recently agreed to set the election date for July 20, following the Constitutional Court's ruling to void the Feb. 2 election.

The Democrat Party, headed by former premier Abhisit Vejjajiva, had boycotted the previous election, which was disrupted in part by anti-government protesters, but is now expected to contest the new race to parliament.

However, it remains to be seen whether Yingluck and Abhisit will contest the next race to parliament.

The nationwide polls are yet to take place following last December's dissolution of parliament by politically besieged Yingluck.