Young lawyer Shanice Henry: "You learn something new every day" 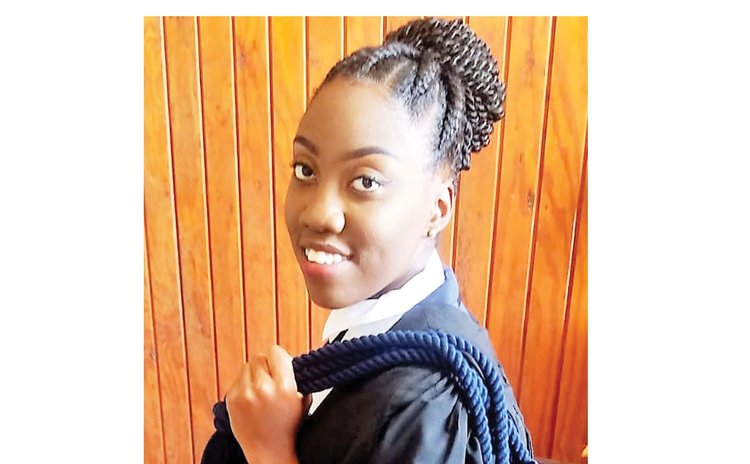 Shanice Henry, 24, who was recently admitted to practice law in Dominica says the road towards becoming a lawyer was tough but she "never gave up".

She credits her successes to God, and her parents, who stood with her every step of the way.

Called to the Dominica Bar on June 13, 2019, Henry studied law at the St. Augustine Campus of The University of the West Indies (UWI) Trinidad and then she proceeded to the Norman Manley Law School in Jamaica where she graduated with LLB (Hons).

She is a former student of the Berean Christian Academy and the Dominica Grammar School (DGS), where she graduated in 2011.

"I was always fascinated about the field of law and felt that I would be able to assist the less fortunate. So I went to Guyana to do my CAPE exams and from there I moved on," she said.

Her parents are Guyanese but they have been living and working in Dominica for more than 20 years. The young lawyer who was born in Guyana expresses her joy and delight at being a naturalized Dominican.

"I was also born in Guyana but came to Dominica with my parents and so here I am a proud naturalized Dominican," she said.

She continued: "It was a hard and tough road for me but I persevered and with the help, guidance and support from by Mom and Dad I was able to reach the end. Being so young my parents were worried when I had to travel to Trinidad and then Jamaica and so my Dad went with me to Trinidad and also Jamaica to see me settled in.

"The work is a lot as a lawyer; you learn something new every day. The work never ends. You have to do research and prepare for court...but I am committed and up to the task," the young lawyer said.

"Education is important and young people must not waste their time on unnecessary matters, ensure you have a good educational background," she said.

Henry is the latest of a large number of females who have virtually overtaken another bastion of male dominance- the legal system.

As the Sun reported in November 2018, that fact was made starkly obvious when four women-Daina Matthew, Nadia Lando, Jodi Luke and Pearlisa Morvan- and one man, Kael London- were called to the Dominica Bar.

"Our men were no longer pursuing the academic route and at the same time they were not even going into the technical field. To see a man now coming as a lawyer at this time when our men have been distracted and embraced idealness as a way out is indeed highly commendable".

"My Lady, it's sad to say, that our men have not only become unemployed but unemployable," Williams said addressing one of the two female judges in Dominica.

"The ascendancy of women is not unique to the law profession. If you start at persons sitting their common entrance exams, we see that the female population is more," said Mary Roberts, President of the Dominica Bar Association. "We also see that women are excelling and we have to ask ourselves as adults in the society and as parents that our responsibility for the male seems to be failing.

Presently, Shanice Henry operates from the Chambers of Ronald Charles and Cara Shillingford.