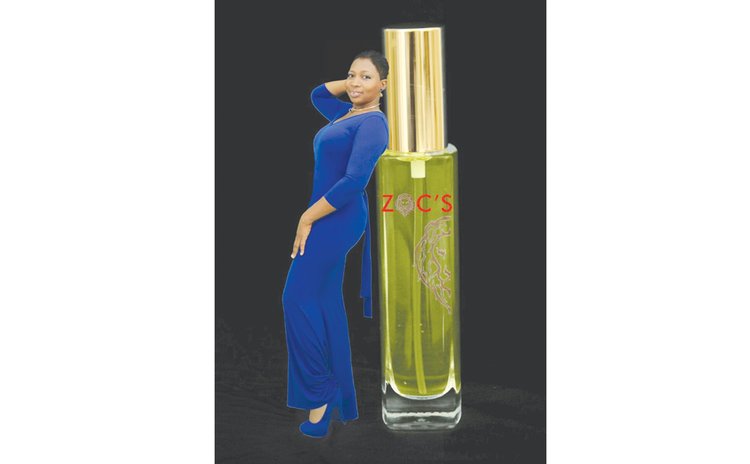 Yolanda Gregoire, a Dominican who lives in St Martin, has launched a new perfume line. She says she was inspired to develop the product following the death of her son.

Yolanda who has lived in St Martin for 16 years lost her son Zachary who was 11 at the time to Leukaemia on September 18, 2014.

Though she was heartbroken by the loss, Gregoire told the SUN that his death ignited her creativity.

In 2010 Gregoire was told that Zachary, her eldest son, was diagnosed with Leukaemia, a form of cancer where abnormal blood cells are produced in the bone marrow.

Following Zachary's diagnosis she eventually had to travel to France with him for specialised treatment.

Gregoire said that while at the hospital in Lyon, France her son ignited her creativeness.

"Knowing that he was sick and he was going to pass he brought something back to life, a creative side of me," she said.

Whilst at the hospital, she said, her son refused to have her watch him take his treatment.

"He would send me out to take walks. His main focus was on me and making me feel happy…he knew that I loved scents so he would send me to pick them but I could not bring them back to the hospital so I took pictures and brought it back just to say that I have been there where he sent me," she said.

Following Zachary's chemotherapy he had gotten better and they wrote a book entitled: "Your Inner Voice".

During the time of recovery she said that they also spoke of the future and what he wanted to do once he got back home.

Gregoire said that Zachary knew she had a love for fragrances and suggested that upon their return home they should make their own perfume.

Unfortunately, Zachary did not make it back home to St Martin. He died on September 18, 2014.

So Gregoire returned home and began preparations to create her own perfume in honour of her son.

She partnered with Tijon Parfumerie in Grand Case, St. Martin where she worked in the lab to create two scents: Zac's and Zonisha.

"The tourists love the scent. I am doing good, so far the responses from the locals have been good," she said.

Although production is still on a small scale she has already expanded by producing soap.

At present her products are sold at Tijon Parfumerie and at Indulgence by the Sea at Divi Little Bay Beach Resort in St Maarten.

However, she told the SUN she plans to market her products in other Caribbean countries.
"I would love to sell it here in Dominica; so far I have visited Levi's and met the owner. I spoke to him and have to speak to him before I leave and from there we will work something out," she said.