Zika a year later: how a new virus took the Americas by surprise 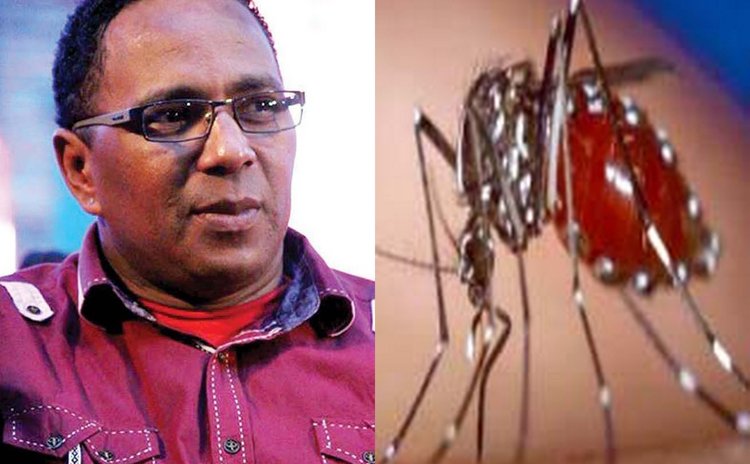 Washington, May 7, 2016 (PAHO/WHO)—The Zika virus epidemic has become notorious. It has made headlines in newspapers and television news programs around the world. Researchers on various continents are scrambling to discover more about it. And health authorities in the Americas are struggling to raise awareness of the potentially devastating impact of this new virus—without causing undue alarm.

Today, Aedes aegypti mosquitoes are transmitting Zika virus in 57 countries and territories, 38 of them in the Americas. Sexual transmission of the virus has been confirmed in nine countries, and almost 1,300 cases of microcephaly or birth defects have been reported, the vast majority in Brazil. Families, communities and entire countries are grappling with the idea of caring for hundreds or even thousands of babies who could become children with very special needs. 21 countries have reported Zika virus cases in pregnant women.

How did we get here?

In February 2015, the Pan American Health Organization (PAHO) had asked Brazil for information on a cluster of cases of people with rash, fever and pain in the Northeast of Brazil. The results showed 14 cases of dengue, which was circulating in Brazil, but not chikungunya, another recent outbreak.

An early sign came from the Ministry of Health of Brazil, which said on April 29, 2015 that it had noticed more than 6,000 cases of a new, seemingly benign illness characterized by rash in the Northeast of the country. "There were no severe cases or deaths from this disease," the Ministry said, but preliminary reports showed a positive test for Zika virus, which needed confirmation.

PAHO issued an Epidemiological Alert on May 7, exactly one year ago, for "Zika virus infection." It said,

"The Pan American Health Organization (PAHO)/World Health Organization (WHO) recommends its Member States establish and maintain the capacity for Zika virus infection detection, clinical management and an effective public communication strategy to reduce the presence of the mosquito that transmits this disease, particularly in areas where the vector is present."

PAHO's 2015 alert described Zika virus infection and its history dating back to its first isolation in Uganda in 1947, and noted, presciently, that "The broad distribution of the vector in the Americas combined with the high mobility of persons in and outside of this Region and worldwide, represent a risk for the spread of Zika virus in the Americas."

The eight-page alert outlined the situation, detailed the way Zika virus is transmitted by Aedes mosquitos, and issued detailed steps countries should take for surveillance, laboratory detection, and case management. This covered treatment, patient isolation, use of repellents to protect against subsequent mosquito bites.

To prevent and control Zika, PAHO's alert noted, "Measures directed at the reduction of vector density are fundamental, and if effective, can prevent transmission," referring to controlling the mosquitos that serve as vectors of the virus.

"An effective and operational dengue and chikungunya vector control program provides the basis for adequate preparation against Zika virus, because these viruses are transmitted by the same mosquito, Ae. Aegypti. Therefore, it is recommended to apply and intensify the surveillance and vector control measures developed for dengue and chikungunya as part of the Integrated Vector Management (IVM)," it said. PAHO also detailed personal prevention measures and recommendations for travelers to protect themselves against mosquito bites.

After the alert, the Zika situation cascaded rapidly. Following laboratory testing by the Evandro Chagas Institute, the Brazilian ministry announced, "Confirmation of Zika Virus in Brazil," with 16 positive tests from Bahia and Rio Grande do Norte. By the end of May, the virus was circulating in five states of Brazil, and on June 9 it rose to eight states. The virus was spreading and scientists were responding. In June 2015, PAHO developed and published laboratory guidelines for Zika infection confirmation, in a joint effort with the regional arbovirus laboratory network RELDA.

#### But the real surprises were yet to come.

First, in July 2015 Brazilian health authorities reported 29 cases of the neurological complication Guillain- Barré syndrome, an unusually high number. It turned out that 19 of those people had a previous history of Zika infection. More cases cropped up, and Zika infections in Brazil soared, with the state of Bahia alone reporting more than 52,000 cases in September. Then Colombia reported it had Zika virus infections in the Department of Bolivar, with nine cases confirmed by its national laboratory and by the US Centers for Disease Control and Prevention (CDC).

PAHO sent experts to Brazil and Colombia to work with authorities in handling the outbreak and its challenges, the first of many missions that would eventually cover most of the affected countries.

Then, on October 23, 2015, Brazil's State of Pernambuco reported an unusual event: A substantial number of babies were born with microcephaly or heads far smaller than normal. Experts and researchers rushed to Recife to help authorities investigate the cause. As cases continued to increase, Brazil declared a national public health emergency on Nov. 11, 2015 due to rising microcephaly cases in three states in the Northeast: Pernambuco, Paraiba, and Rio Grande do Norte.

El Salvador, Guatemala, Paraguay, Venezuela and Mexico detected local transmission of Zika virus in November, and PAHO published a new Epidemiological Alert Dec 1, "Neurological syndrome, congenital malformations and Zika virus infection: implications for public health in the Americas." It highlighted the increased congenital anomalies and neurological syndromes in Brazil, and recommended that authorities enhance surveillance of these, monitoring pregnant women and newborns with malformations in areas where Zika virus was circulating.

By the end of December, the Zika virus had spread to more countries and territories, including the first case in Puerto Rico. In January 2016 authorities in Central American, South American and Caribbean countries confirmed locally transmitted Zika cases.

Then WHO took a major step. Convening an Emergency Committee under the International health Regulations to look at everything public health authorities had learned so far about Zika and microcephaly, the WHO Director-General declared a "Public Health Emergency of International Concern" on Feb. 1, 2016. More staff and resources were mobilized, global experts consulted, and recommendations began to emerge on how to manage all aspects of the Zika Virus outbreak.

Another surprise was in the wings. On February 5, the US CDC reported a laboratory confirmed case of sexually transmitted Zika virus. Soon other countries confirmed cases of Zika virus being transmitted to sexual partners of infected persons, and research intensified.

Today, one year after the first alert, researchers are still scrambling to understand how a new virus could cause such severe damage in newborns in some areas but not others. They have learned an extraordinary amount but still have far to go. Cohort studies, case control studies and other research is proceeding at a rapid pace as health authorities brace to tackle any new surprises Zika could bring in the coming months. Meanwhile, publishers of medicine textbooks are rewriting their chapters on arboviruses to take account of the surprises the Zika virus outbreak in the Americas brought into the world.

PAHO, founded in 1902, is the oldest international public health organization in the world. It works with its member countries to improve the health and the quality of life of the people of the Americas. It also serves as the Regional Office for the Americas of WHO. (PAHO release)