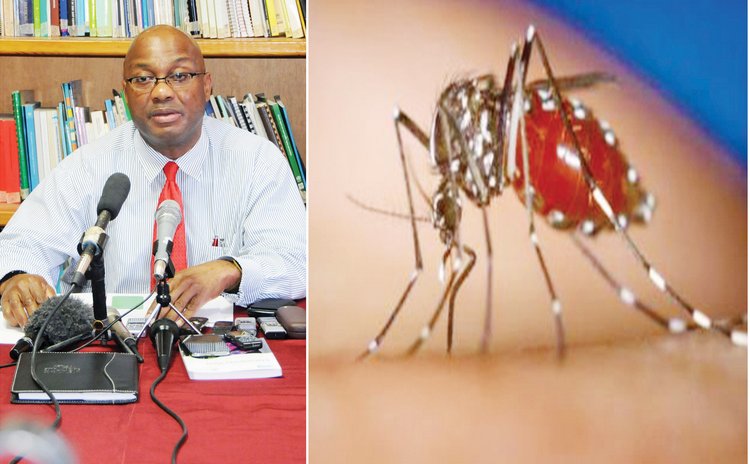 Five pregnant women are among 65 Dominicans who have been diagnosed with the Zika virus, Dr. David Johnson, chief medical officer told the Sun last week.

"We continue to monitor these pregnant persons on a regular basis. We have a total of five pregnant ladies who have been diagnosed with the Zika virus and we monitor them with a team of experts. They have not yet delivered their babies," Dr. Johnson told the SUN in an exclusive interview.

"We have a complete team of medical personnel specialists who are monitoring these individuals to ensure that they provide, I should add, psychosocial support to the individuals and bring all of the necessary investigation and monitoring by our experts," he said adding that no complications have been identified in the pregnant women.

Dominica recorded its first case of the dreaded Zika on March 15, 2016.

"It must also be noted that a number of people who get the disease have not seen a doctor; also, some come to see a doctor after the five day incubation period. Hence the stated figure of 65 must be multiplied two or five times," Dr. Johnson said.

He added that ninety percent of people with the Zika virus will not be captured on their surveillance system because four or every five persons with the virus will not show the signs and symptoms.

A pregnant woman can transmit the Zika virus to her foetus. Infection during pregnancy can cause serious birth defects. But Dr. Johnson explained that it's not a one-to-one ratio that if you have Zika virus and you are pregnant that your baby will be born with any sort of malformation.

Dominica, he said, have also stepped up its preparedness for persons with Guillain-Barre syndrome (GBS), a rare disorder that can cause muscle weakness and paralysis for a few weeks to several months, is very likely triggered by Zika in a small proportion of infections.

"We had one person with the Zika virus who developed signs and symptoms of the GBS. We don't have the resources in Dominica to test for Zika virus and therefore we can't say definitively whether the GBS symptoms were because of the Zika because a number of other viruses can cause GBS," Dr. Johnson said.

Many people infected with Zika virus do not get sick. Among those who do develop symptoms, sickness is usually mild, with symptoms that last for several days to a week. Dr. Johnson is asking pregnant women to sleep under mosquito nets and take the necessary precautions to avoid being bitten by mosquitoes or any other insects. He confirmed that medical officers have recorded Zika cases from all health districts on the island.