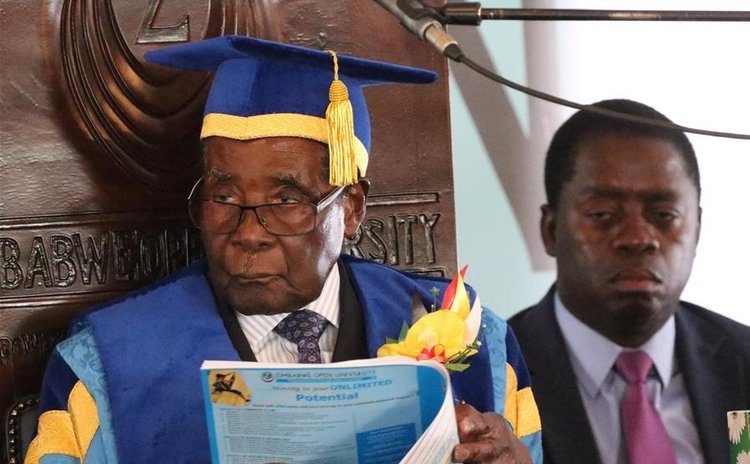 Mugabe's attendance came two days after the army "stepped" into government affairs to weed out what it described as "criminals" around him, whom it blamed for causing "social and economic suffering" in the country.

By virtue of being the state president, Mugabe is chancellor of all state universities, and was officiating at Friday's graduation ceremony at the Zimbabwe Open University in that capacity.

As usual, Mugabe did not give a speech at the ceremony.

Mugabe's attendance shows that he is still in charge of the country, at least for now, since the military appeared to have seized power from him Wednesday. Cyber Security minister Patrick Chinamasa and Industry minister Mike Bimha were in attendance. Higher Education minister Jonathan Moyo did not attend, while his deputy Godfrey Gandawa attended the ceremony.