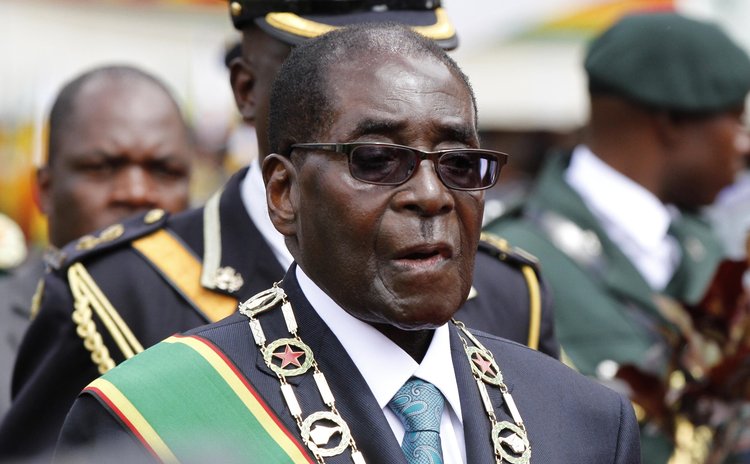 HARARE, Feb. 21 (Xinhua) -- Zimbabwean President Robert Mugabe turned 92 on Sunday with his chief of staff saying the veteran leader, who has ruled the country since 1980, was still in full control of government.

Chief Secretary to the President and Cabinet Misheck Sibanda said Mugabe was still fit at his age to see through a week-long rigorous work routine and reputed rumors circulating in the country that the government was in "auto-pilot".

"All those things (that he is no longer fit) are myths because he works, I can tell you. Sometimes he goes beyond 9 p.m or 10 p.m," Sibanda said in an exclusive interview with the state-run Sunday Mail newspaper.

He said Mugabe had a routinely packed week-long work schedule during which he competently executes government and party business.

There have been media reports suggesting that Mugabe was no longer fit and in charge of government and party business due to his advanced age.

However, Sibanda said Zimbabweans must cherish the long life that the president had been blessed with by God.

"It's a celebration which we should be proud of. He is 92; he has been kept by God for all this time for a purpose. Let's value that purpose and take advantage," he said.

As Mugabe celebrates his birthday, his party has, however, been rocked by intense infighting by factions within his party vying to succeed him.

The veteran president, who has vowed to rule until death, won a new five-year term in the 2013 elections under a new constitution which limits presidential terms to two five-year terms.

His ruling Zanu-PF party has already endorsed him as the party presidential candidate for the 2018 elections.

However, jostling for power by factions in his party has become a headache that he has to deal with.

The fighting is between a faction reportedly fronted by long-time ally and strong-man Vice President Emmerson Mnangagwa that goes by the moniker Lacoste and another one led by a generation of young leaders known as the G40. Higher and Tertiary Education Minister Jonathan Moyo leads the G40.

In a sign Mugabe is getting annoyed by the infighting, he told the two factions last Friday to "shut up" and unite for the good of the party.

"We don't want to hear any divisive voice from you. The G40 or what you call Lacoste or whatever, shut up. You belong to Zimbabwe first and foremost whatever you must say," Mugabe said.

Mugabe last year fired his deputy of 10 years, Joice Mujuru, on allegations of trying to topple him.

His wife Grace who has amassed enormous influence ever since being appointed head of a women's wing in Zanu-PF in 2014, recently launched a veiled attack on Mnangagwa, accusing of trying to topple Mugabe.

In a rare interview with the Sunday Mail ahead of Mugabe's birthday, South African President Jacob Zuma hailed Mugabe's leadership.

President Mugabe had provided Africa with "keen leadership" and the continent has much to learn from him, Zuma was quoted by the weekly newspaper. The South African leader also described Mugabe as an astute, clear thinker and walking encyclopaedia and historical archive for the region and Africa.

As an annual tradition, a lavish birthday bash will be held in the central province of Masvingo on Feb. 27 to celebrate Mugabe's 92nd birthday. Organizers say around 50,000 people are supposed to show up at the venue, set at the ancient stone city ruins of Great Zimbabwe, a UNESCO World Heritage site.