Protest for free and fair elections

In an almost predictable move, the United Workers Party (UWP), protested outside the office of the

Electoral Commission on Friday 12 December 2014. The UWP said they wanted to talk to officials of the

elections especially in the Riviere Cyrique constituency. The officials did not show up. 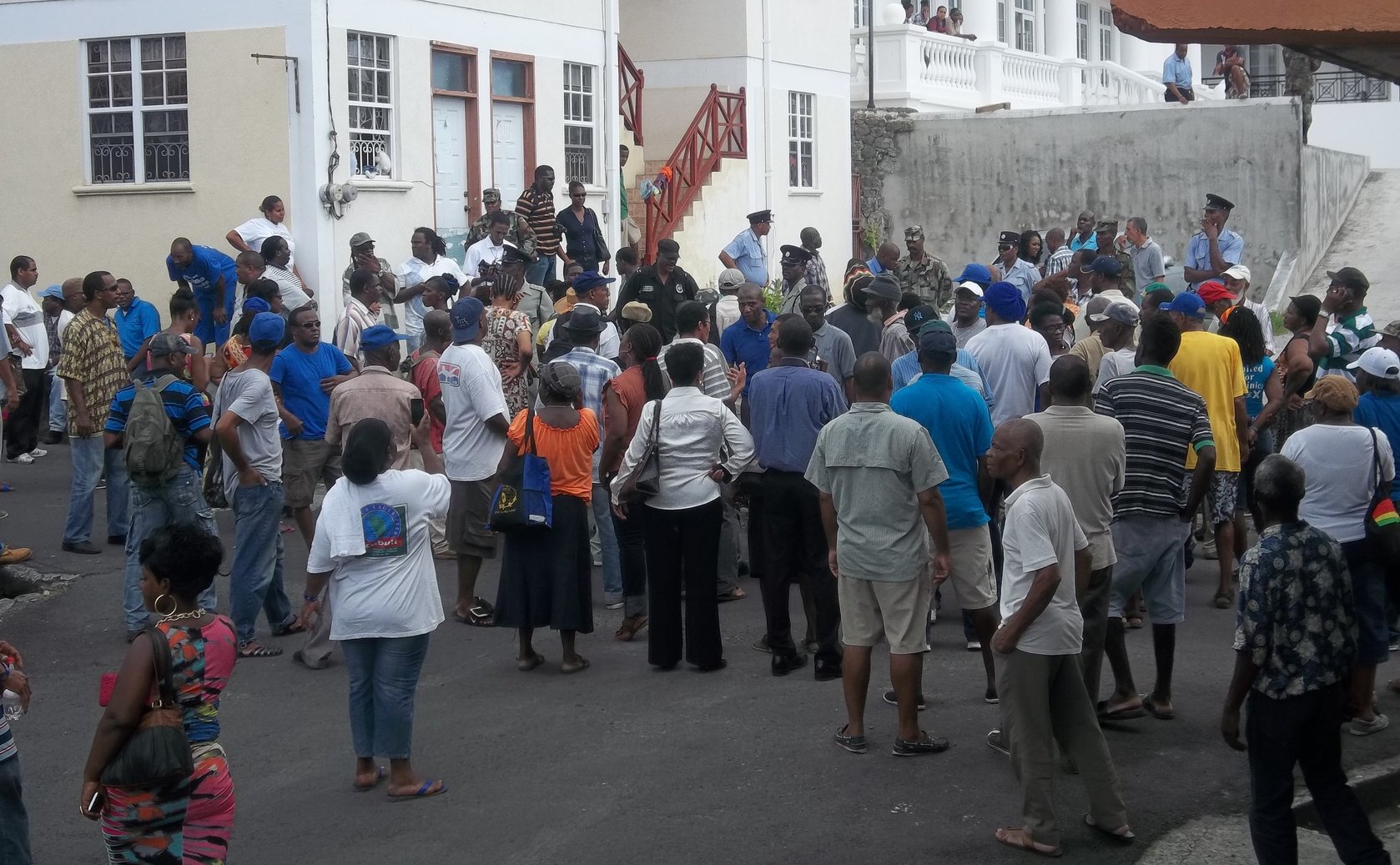