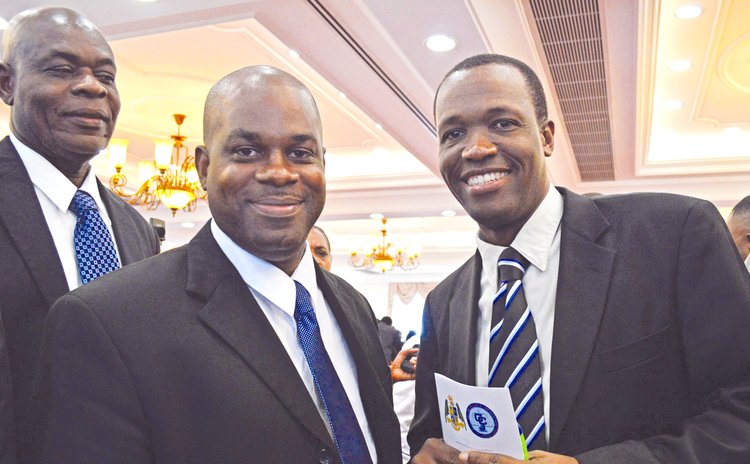 Nature and politics hate vacuums. And even before Joshua Francis had been booted out of the post of deputy political leader of the opposition United Workers Party (UWP) leading members of the party have been raising their hands to take Francis' place.

Francis was asked to resign as deputy leader of the UWP because of allegations of inappropriate behaviour with a minor but he refused and last week Sunday (April 24) delegates voted 185 to 5 to kick him out.

So with Francis's departure from the top level the UWP executive who is the expected replacement?

Speaking after the meeting, Senator Dr. Thomson Fontaine said "no deputy leader was elected to replace Francis at the event" on Sunday adding that a new deputy will be elected when the party holds its annual convention in November.

But according to a well-placed source, Dr. Fontaine, Roseau Central MP Joseph Isaac and Senator Isaac Baptiste are eying that position closely.

The source said all three members of the UWP executive seem to be interested in the post but since Isaac is the only parliamentary representative among them he is the front runner.

"Isaac has been closely linked to the leader (Lennox Linton) and it appears certain that he will get the post. In fact he has been canvassing for the post already," the source said.

Another source said that Isaac has always been interested in being the deputy leader but was over-shadowed by Francis.

"He wanted that post badly but Francis was more charismatic and so he easily won that post, so with the post now vacant Isaac thinks that now is his chance to get the position," the source stated.

All efforts to reach the three UWP politicians for comments have been unsuccessful.