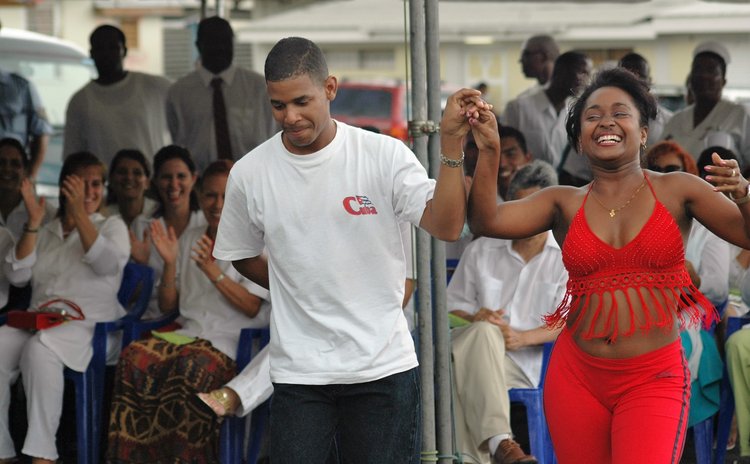 Around the world, public health care systems are in crisis. From India to Australia, nations in the developing and developed world are struggling to meet the expectations of their local populations.

The Caribbean is no exception.

There are multiple reasons for this. In the Anglophone Caribbean, demographic change has seen a surge in the nature and volume of demand as populations age and birth rates continue to increase; developments taking place at a time when the desire for low tax environments have made it difficult for governments to respond to societal expectations.

The consequence is that public health care in much of the region is in crisis, lacking the money to fund hospitals, complex procedures, or maintain the services of qualified and trained staff. Only Cuba, as a matter of policy, has been able to provide the financial support and training to make its health care system more than adequate, despite years of austerity.

This situation has not been helped in recent years by the recruitment of healthcare workers by commercial intermediaries operating out of nations in Europe and North America at a time when every Caribbean nation other than Cuba has been experiencing shortages of nurses, physicians and other healthcare professionals.

Apart from the way in which the region is losing its healthcare works being morally dubious, it has had the effect of degrading the quality and capacity of public health care across the region.

The consequence has been a loss to the Caribbean of medical professionals, particularly registered nurses, as they are offered more financially rewarding, temporary or permanent positions, training, and better conditions, in the public and private sector in countries like the UK, US or Canada.

As the Hamburg Institute of International Economics more generally noted in a 2007 paper, this may have positive implications for nurses and physicians to improve their professional and personal lives, but has had 'significant negative consequences', acting as a 'drain on the ability of less affluent countries to provide adequate healthcare for their citizens'.

Earlier this year the issue was raised at the World Health Organisation when its Executive Board discussed matters relating to health employment and economic growth.

In an intervention at the meeting, Jamaica's Minister of Health, Christopher Tufton, noted that twenty-nine territories in the Americas region had reported a net loss in health workforce due to migration. Citing a World Bank study, he said that 15 years after graduation, about half of the trained nurses from CARICOM countries were working abroad; that three times as many CARICOM-trained nurses work outside of, rather than within the region; and that the regional shortage of nurses was expected to triple to over 10,000 by 2030.

As matters stand, the region is now faced with a large-scale, state-encouraged recruitment drives from outside the region, aimed at addressing growing national shortages of health care professionals across the world.

In the UK, for example, official figures show that at the end of 2015, its National Health Service excluding Scotland had more than 23,443 vacant nursing posts and 6,207 vacancies for doctors and that the shortfall would last to at least 2020. They also indicate that 69 per cent of the trusts that run many of Britain's hospitals are actively recruiting staff from abroad including in the Caribbean

Although current statistics for the Caribbean are hard to come by, recent Jamaican government documents suggest that between 2014 and 2017 the country lost 29% per cent of its critical care nursing workforce and around 1000 nurses were required to fill specialist nursing roles.

According to Minister Tufton, this is having the effect, in Jamaica's case, of virtually crippling the delivery of certain health care services and has had a dramatic effect on the overall quality of health care.

In this Jamaica is not alone. Recent commentary from health ministers, professionals and independent studies indicate that countries from Haiti to the Bahamas, the Dominican Republic and the OECS, are all under-resourced, and struggling with the training and retention of medical staff.

So, what can the Caribbean to do to address a system of global recruitment that is damaging the delivery of some health care services, and has degraded the overall quality of public medical provision in much of the region?

Practical support from Cuba apart, at a general level there is a need for the region to systematically track the effect of external recruitment so that detailed evidence of the negative effects can be better presented internationally. In addition, where possible, governments need to offer improved and clearer promotional paths for all medical staff, especially for those with specialisations; and ways need to be found to improve local living and working conditions for nurses in particular.

More specifically, in an attempt to find a practical way to address the migration of health care professionals, Jamaica has proposed to the UK government a creative alternative approach that could see a bilateral co-operation programme introduced for the exchange and training of specialist nurses.

To this end, Jamaica's Minister of Health Christopher Tufton, is proposing a scheme that would see registered nurses from Jamaica going for advanced critical care clinical training in the UK for six month periods, with trained nurses from the UK travelling to Jamaica for one year periods to provide similar support. The concept involves shared employment, both parties supporting salaries, accommodation and transport, UK nursing educators teaching in Jamaica, and the rotation of both countries nurses on bond.

Mr Tufton says that a joint working group has been established to work up the details with the support of London's South Bank University. He makes clear that without a national capacity to expand clinical infrastructure and attract lecturers, his only alternative is to collaborate with a jurisdiction with which Jamaica has friendly relations.

It is a welcome, practical approach that could not only benefit both the UK and Jamaica, but if successful, serve as a model for similar programmes in the rest of the region

Previous columns can be found at www.caribbean-council.org April 28th, 2017