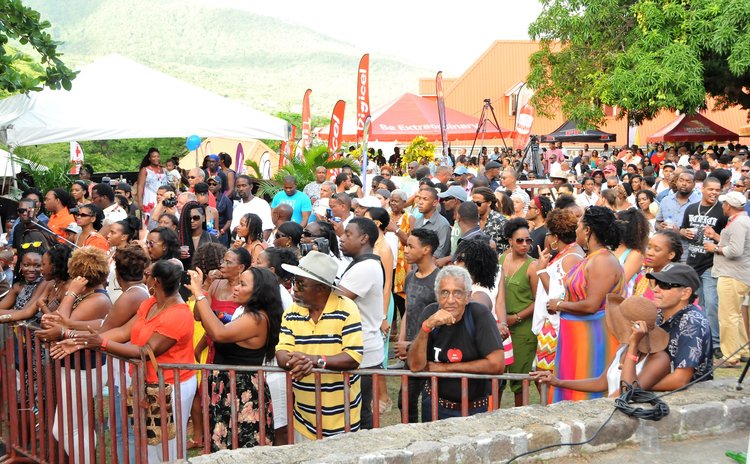 Yes, the Jazz 'n Creole Festival would have taken place yesterday; but the event has indeed grown over the few years of its existence to an activity that many look forward to, not just in the Nature Isle but, in particular, our French neighbours.

A couple decades ago people would quip "You Talking Jazz" which actually meant that you were talking nonsense or gibberish as Bob Marley sang in his classic "Talking Blues". In that era Jazz was an expression most did not understand or could relate to; except the purist, of course.

I also remembered not too long ago our Princess of Song, Michele Henderson, and her husband Junior Delsol with Jerry Moulon and others found their own expression in the genre and even went on to record an album.

As recently as last week, we heard a call by lawyer Duncan Stowe, whose firm is a partner in this year's Jazz and Creole, challenging the bands to come up with what he calls Bouyon Jazz. He made a similar request at an activity held at the UWI Centre last month because he thought that the lyrical content and musicianship of Bouyon needed an infusion.

I am also aware that one or two bands tried something, at least on one track, but probably it did not seem to resonate with their fans so they have resorted to the norm to please their fan base.

Still, it is important to note that there is also a niche, and an influential one at that. The gatekeepers, who have the money to spend to come to shows, buy the music or even invest by way of sponsorship. Therefore, it is important that a young band could explore some Jazzy rhythms in their various genres to make that more mature market take note while still keeping the younger fans happy.

We should note that it was when Junior Marvin was brought into the Wailers band by manager / producer Chris Blackwell, as an accomplished Blues guitarist, it helped the music gain greater acceptance by Blues audiences who might not have otherwise listened to Reggae.

The infusion of horns, particularly the saxophone, really helped catapult Cadence music as most other creole bands of that era focused on stringed instruments, drums and keyboards. Today Kassav's exciting horn trio adds a new impetus to their sound.

While Breve is the only established group on island that emphasizes Jazzy overtones and riffs in their music there is room for others. Their performance at the Jazz and Creole festival could have motivated anyone with the financial acumen to sponsor such a group because their music was something anyone could relate to. They even took local traditional songs and gave it a Jazzy twist.

Cornel Phillip has also done wonderful work with his musical album "Interpretations" exposing his dexterity on the keys, which he never really expressed in previous recordings.

Today we have moved away from the pure form of Jazz expressions to Latin Jazz, Afro Jazz, Reggae Jazz fusions and many more interpretations aimed at reaching wider audiences.

Hence, the idea of Bouyon Jazz is certainly not farfetched as it will engage a new listenership, mood, and mode and stretch the bounds of creativity in the delivery of the music. It may even call for less use of the drum machine because Jazz drumming requires a number of off- beats that would not blend in too well with the steady 2/4 or 4/4 timing in most Afro- Caribbean rhythms.

So really, we are no longer taking Jazz as something negative these days but the music now has a following more than ever before. Listeners to DBS's Jazz Gold programme have grown and the number of people that are glued viewing the dexterity of the players of instruments or just for easy listening and relaxation, has quadrupled. Now we can move from merely talking Jazz to playing and appreciating it.