Dominica Council on Ageing Month of the Elderly Special Feature. By Dorothy Leevy 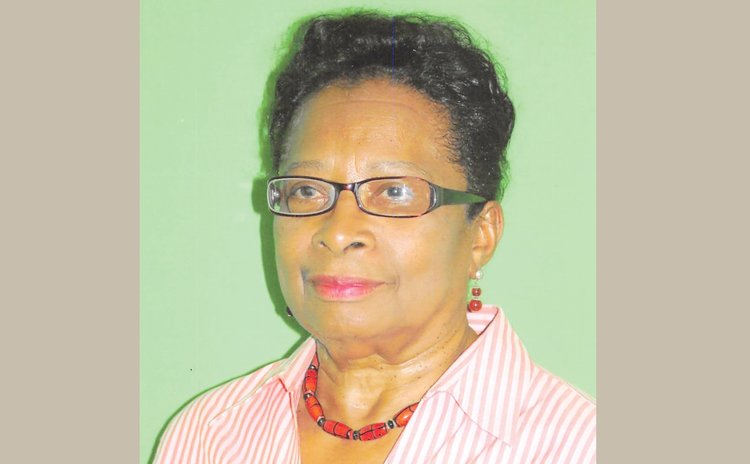 The Prime Minister announced his intention of making Dominica the first climate resilient country in the world. From the time of that announcement, almost every organization or group has been using repeatedly the word "resilience" or its adjective "resilient", in connection with their various activities and future plans.

Dictionary definitions of the word "Resilience" are : The capacity to recover quickly from difficulties; How well a person can adapt to events in life when faced with tragedy, natural disaster, health issues.

This means that a person with good resilience has the ability to bounce back more quickly and with less stress than someone in whom resilience is less developed.

According to a psychologist, resilient people possess three characteristics-

A staunch acceptance of reality

An uncanny ability to improvise

He goes on further to say that resilience can be increased by embracing supportive relationships with family and friends; by having confidence in one's strength and abilities, by having problem solving skills.

As I read through those characteristics of what constitute a "resilient person ", I became amazed as well as excited, because those were among the very characteristics cited by gerontologists for longevity.

A few years ago, when the Dominica Council on Ageing undertook the very interesting exercise of interviewing our centenarians, their responses in relation to questions about their way of life were collated, and not surprisingly, a summary of their responses equals "Resilience".

How else could they have achieved the remarkable feat of being one hundred years, if they had not been able to cope with the hazards and trials of life? If they had not learned to weather the storms which came their way?

Many of their stories revealed loss of spouse, of children , of close friends and relatives , sometimes when they the centenarians were still relatively young, yet, not only were they able to bounce back, but many were able to assist in their communities, in their parishes, up to a very advanced age.

Some of our octogenarians and nonagenarians, and in fact, several of our other senior citizens, sometimes refer to a period in their lives when they had to "tie their waist" to "maway weyo". A note of pride can even be detected in their voice when they use the expression.

Younger persons may be unaware of the historically literal as well as the figurative meaning of the term.

The expression denotes facing a challenging task or situation with grim determination. Historically and culturally, when women wore dresses of a length which made it impractical to move swiftly and to carry out physical tasks efficiently, an effective solution was to shorten the long skirt by bunching it up around the waist and tying a string around the waist to keep the bunched up part from dropping. This enabled them to move more quickly. Thus, they tied their waist to get on with gruelling labour literally.

(I've never heard a man use the expression. Perhaps the reasons are obvious)

Nonetheless, our senior citizens, male and female, have managed to survive even in difficult situations, and many are in fact assisting their children by helping to raise grandchildren. Some serve as voluntary cultural advisers in their communities, keeping traditions alive.

After the passage of Hurricane Maria, it was almost humbling to hear so many seniors whose homes had been damaged or destroyed, still speak of appreciation for life, and of gratitude to the Almighty for sparing their lives.

I visited a 93 yr. old woman and was interested to learn from her how she managed to save some precious mementoes, including paintings, when her roof had also been damaged. She told me her "secret". At the start of the hurricane season, even before any hurricane is formed, she takes down her pictures and stores them away along with important documents. Yes, I thought, that's part of "resilience"! Accepting the reality, and acting constructively, even at ninety-three.

Another senior citizen said to me, "we seniors have bounced back from many disasters and tragedies.

Yes, the stoicism, the faith in God, the acceptance of reality and the inevitable, the willingness to work and to share are characteristics which have formed our resilient senior citizens.

A Happy month of the elderly to all senior citizens