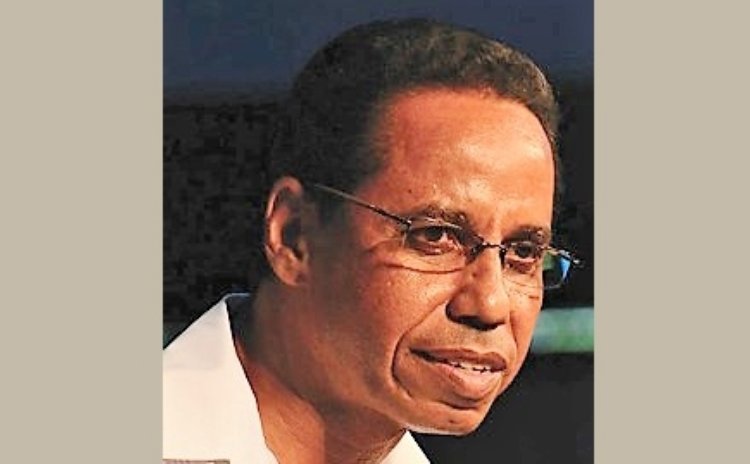 When the citizens of Antigua and Barbuda go to the polls on 6th November 2018 to vote in a referendum to determine whether they will permit their nation to remain under the judicial jurisdiction of the British Privy Council or whether they will opt for the Caribbean Court of Justice (CCJ) and thereby embrace a judicial jurisdiction that is exclusively Antiguan/Barbudan and Caribbean, I hope that they make a choice that takes both Antigua and Barbuda and the Caribbean Community in the direction of fulfilling their historical journeys towards the goals of full national sovereignty and civilizational independence.

This is my fervent hope – and it is a hope based on an understanding of just how long and deeply rooted those journeys to national sovereignty and civilizational independence are, and how much blood, sweat, tears, struggle and hope have been invested in those journeys!

You see, if we are to fully appreciate the rootedness and sacredness of the Antiguan and Barbudan struggle for national sovereignty, we have to go way back to the middle of the 17th Century and to the heroic efforts of our enslaved African ancestors to escape the jurisdiction of the British slave plantations of Antigua and to establish free maroon-type communities in the primeval woods of the Shekerley Range with its imposing Boggy Peak.

We would also need to recall that so determined were the British slave masters to reassert their plantocratic jurisdiction that most of those early Antiguan freedom fighters were brutally hunted down and executed! But, tellingly, this did not deter those heroic Antiguan ancestors from joining a growing tide of regional slave rebellions and developing even more advanced aspirations for the achievement of a free independent and sovereign black nation.

In fact, the year of destiny for Antigua was 1736! By that time, fellow enslaved Africans in such neighbouring British colonies as Barbados, St. Kitts and Jamaica had already demonstrated through slave plots, rebellions and maroon resistance that they intended to achieve black freedom and sovereignty. Furthermore, in the Danish colony of St. John – a mere 200 miles from Antigua – fellow enslaved Africans had risen up in 1733 and taken control of the entire island.

It was against this background that, in October of 1736, the British plantocracy of Antigua discovered – to their great consternation – that the leaders of the enslaved African people of Antigua had developed a master-plan to destroy the system of slavery; to take control of the island; and to establish an independent sovereign Asante-type kingdom. This, of course, was the famous King Court rebellion of 1736.

Tragically, the revolutionary plan was discovered by the British plantocratic authorities; the rebellion was crushed; and such heroes of Antigua and Barbuda as KingCourt(Tacky), Tomboy, Scipio, Hercules, Ned, Fortune and Secundi were brutally executed and made into national martyrs.

Needless to say, those aspirations towards freedom and nationhood remained very much alive among the black people of Antigua, Barbuda, Barbados, Jamaica, St. Kitts and all the other European colonies of the Caribbean, and, some two hundred years later – in the year 1945 – coalesced in the demands of Vere Bird and the other leaders of the Caribbean Labour Congress (CLC) for the transformation of the socially and racially oppressive West Indian colonies of the day into democratic, socially and economically just self-governing nations within the over-arching structure of a West Indian Federation.

Without a doubt, the most potent formulation of these historic demands took place at the founding conference of the CLC in Barbados between the 17th and 27th of September 1945. Antigua was represented not only by Vere Bird, but also by Harold T. Wilson and J. Oliver Davis. Also in attendance were such political giants as Richard Hart (Jamaica), George McIntosh (St. Vincent), Grantley Adams, Hugh Springer and Frank Walcott (Barbados), T. A. Marryshow (Grenada), Hurbert Crichlow and A. A. Thorne (Guyana), Albert Gomes (Trinidad and Tobago) and W. J.Lesperan (Suriname).

And when these historic demands were ultimately betrayed and subverted-- largely through the combined duplicity of the British Colonial Office and the folly of Alexander Bustamante -- culminating in the 1962 collapse of the West Indian Federation, it was the veteran leader, Vere Bird, who joined forces with the younger Errol Barrow of Barbados and Forbes Burnham of Guyana to retrieve the vision and re-engineer our people's historic journey to full nationhood and sovereignty with the signing of the Caribbean Free Trade Association Agreement (CARIFTA) at Dickenson Bay, Antigua, on 15th December 1965.

CARIFTA was formally launched on 1st May 1968 – making this year of 2018 the 50thanniversary year of CARIFTA – and by 1973 had evolved into the more comprehensive and substantial Caribbean Community (CARICOM).

And it is CARICOM which – through functional co-operation – has supported and maintained such critical edifices of our national sovereignty and civilizational independence as the University of the West Indies and the Caribbean Development Bank, and that has established the Caribbean Court of Justice (CCJ).

Of the three visionary architect nations of CARIFTA, two have removed themselves from the judicial jurisdiction of the British Privy Council and have established the CCJ as their highest and final appellate court – Barbados and Guyana. But what of Antigua? How will Antigua decide?

Perhaps this 50th anniversary year of the effective launching of CARIFTA is symbolically and spiritually the right time for the people of Antigua and Barbuda to – in this most tangible and meaningful of ways – reiterate their commitment to the completion of our people's historic journey towards full national sovereignty and Caribbean civilizational independence.

I humbly ask the people of Antigua and Barbuda to reflect deeply on the sacrifices made by the King Courts and Tomboys of sacred memory, and on the outstanding lessons of self-respect and self-determination taught to us all by such outstanding Antiguan and Barbudan sons and daughters of our Caribbean Civilization as George Weston, Vere Bird, Tim Hector, Sir Vivian Richards, Jamaica Kincaid, Sir Andy Roberts, King Shortshirt, Paget Henry and so many others before casting their vote on the 6th of November.

Citizen of the Caribbean