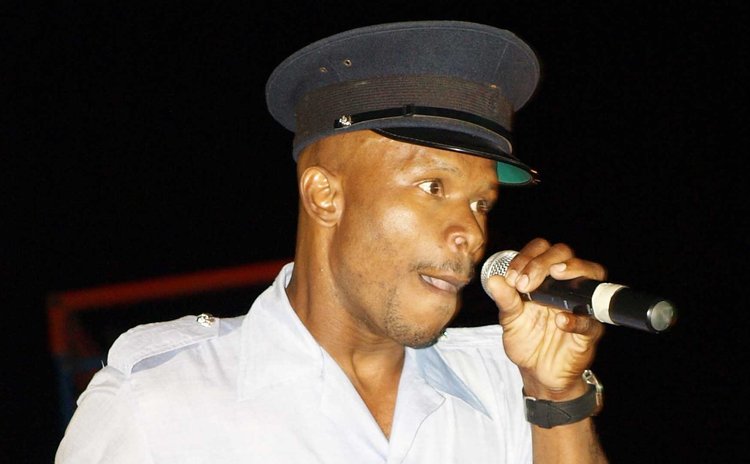 I am not in the least surprised at the result of the Dr Aaron-Checko case; I always had difficulty and have expressed concerns about this "Bug Her" composition of 2012. It is OK to sing and poke fun at politicians; "Marry de Girl Charlie" comment on "Wicked Old Lady" or make references to "Blue Mealy Bugs" or "De Old Speaker", but one can't go overboard and cast aspersions or blatantly make inferences as in "Bug Her" which can have lifelong implications.

There is an art in calypso called asking where pun and aspersions are made with guarded ambiguity as in "Aunty Man" or "No Boom Boom." However not all calysonians or writers have mastered the skill as say a Pat Aaron who could mirror politicians in "Animal Farm" or "Mama "or even as Man himself executed in "He Must be Crazy." Granted without these puns, or witty satire about public shapers of the society, Calypso would not be the unique creative art form that it is.

One must remember that Calypso was born out of making fun or mocking slave masters and leaders in such a way that the common folks often understood even while the masters or their leaders seem oblivious. Some smart politicians have chosen simply to ignore songs bordering on defamation to prevent further fuelling of the flames or sometimes for political expediency.

If nothing is not done about it by many public figures it is not wrong. For instance last season there were a couple questionable compositions on "Thiefing," one poorly masquerading as "Teething or Thieving" where names were blatantly called pointing an accusing finger.

Well throughout history, politicians have been accused of dishonesty by caylpsonians so the public and even the ministers themselves allow for a certain level of poetic licences and latitude during the carnival season but to tarnish one image as in one of the worse remarks in this intolerant society in "Bug Her" surely was awkward writing and in poor taste.

I am sure now that Dr Aaron's views on the power of calypso may have changed; by now would realise that Calypso does have a great influence on what persons believe. Though it must be said, most times when we take on these comments we bring more attention to ourselves, and do more harm than the song itself, but as I am so often reminded 'everybody different'. It was our own Scrunter who said 'Calypso can make or break government 'though I am certain that the Ambassador would not agree with the latter for obvious reasons, but it did cause personal and mental discomfort in the AM and the PM, I am sure.

Therefore, I can take no issue with Ambassador A, seeking damages as I (we) would not like anyone making such life-damaging aspersion, without any evidence. I have been associated with Dr. Aaron in the past by way of the Dominica Writers Guild activities, and with all honesty, could not identify with where the composition was leading.

The acting President of the Dominica Calypso Association is right, although he may have been in contravention of his own advice in the past: when you know you are singing the truth, you should have no fear of doing so, and should also seek legal advice if one is uncertain. I am not a lawyer, but common sense tells me that this suit could be extended to radio stations that aired the song or the DCA as it was performed under its legally registered umbrella. If so, then, the Association may now have to look at a level of censorship of songs to see whether they may be bordering on libel and slander.

The $80-100 thousand reported by MARPIN 2k4 that Checko may have to pay certainly was not worth the hype, the bravado which made a first-time finalist now all the friends and fans who laughed and encouraged and even defended his so-called rights of free expression as a calypsonian are no longer around to sing his sad song. No one from the association attempted a defence of one of their own, nor cried or shed a tear at this unfortunate situation. The accused himself, it was reported, filed a late defence, probably not taking the treat of suit action as seriously as he should; who knows probably he could have won on " a technicality" had he challenged, as happens so often, in our courts these days.

The message to all calysonians is that one must not fall prey to the hype of the moment and get all excited by fans who love to hear when all manner of evil is said about public figures. Also, it's not what you say; it is how it is crafted. That is why I suggest that a skilful writer, which Checko apparently is not, should be employed to write and express controversial thoughts.

In the final analysis, while we have all learnt from this experience, I trust that Dr Aaron and Checko can still sit down and in all humility "find a way", as calypsonian Bobb would say, for I would not like writers and calypsonians looking over their shoulder, or having creativity strangled or perhaps an unfortunate return to the days when songs were banned even while we seek to balance free expression, tolerance, rights and responsibilities.