A Catholic cemetery is a sacred place. 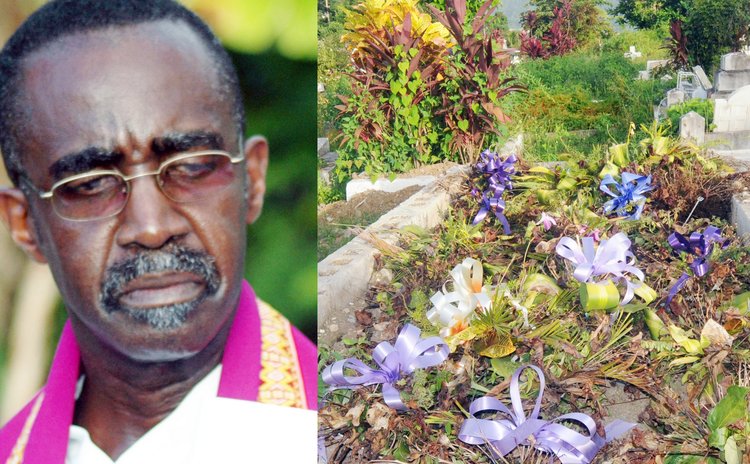 Some may claim to be members of the Catholic Church, but state that it does not matter what is done with their bodies after death. With the ongoing concerned for the state of burial sites in Dominica, and especially in the St Paul's and St Ann's Parish, the following should be taken into consideration.

Burying the dead has been considered a sacred duty since Old Testament times. Our Christian belief in the resurrection of the body raises this obligation to a new level. "…now Christ has been raised from the dead, the first fruits of those who have fallen asleep. For since death came through a human being, the resurrection of the dead came also through a human being. For just as in Adam all die, so too in Christ shall all be brought to life." 1Corinthians 15

In keeping with those words of St. Paul, the Church sets aside cemeteries as sacred ground, the resting-place of the faithful until they rise to new life on the last day. The Church does not see Catholic cemeteries as a business operation but as an essential part of its ministry. Catholics believe our bodies are temples of the Holy Spirit. In his earthly life, Christ honored the human body, curing the sick, raising the dead, feeding the multitudes. He left us with sacraments to continue his work through the ages, In the sacramental life of the Church, our bodies are baptized with water, anointed with oil in confirmation and ordination, nourished with the Body and Blood of the Lord and finally anointed with the oil of the Sacrament of the Sick.

In the incarnation, God became flesh. The son of God assumed a mortal body, felt our joys and our sorrows and finally shared in our certain sad sentence of death. At his death, his body was treated with sacred respect by Joseph of Arimathaea and Nicodemus who reverently laid him in the tomb. On the third day, Christ rose from that tomb, sealing our faith in the resurrection of the dead.

Catholic cemeteries fulfill not only our obligation to bury the dead but to console the sorrowing and to pray for all God's children, living and dead.