A golden voice and a love for music 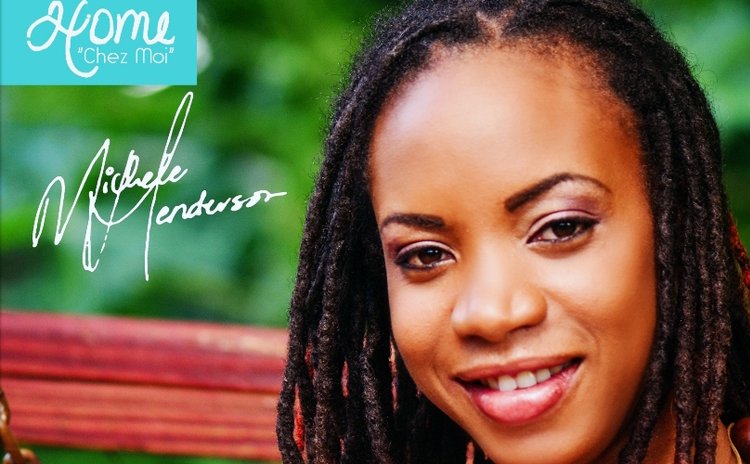 It is little wonder that Michele Henderson-- the girl with the golden voice-- loves music the way she does.

The Dominican songstress comes from a family involved in culture and the arts and many played instruments of all sorts.

Her singing talent has taken her to far-flung corners of the globe, generating international acclaim.

Michele took a little timeout from her busy schedule recently to talk about herself and her music.

As she animatedly shared her thoughts from her King George V Street Studio, it was evident that she absolutely enjoys what she does.

"I enjoy doing other things, but…my passion and drive and my career goals will always be in music," Michele said.

Over the years, she has made great strides, especially by breaking into the French music market where she has established an important niche.

Today, Michele has the enviable reputation of being one of the few musicians who can earn a living from the music industry in Dominica.

But she explained that doing so requires monumental effort, commitment and discipline.

"The effort that it takes to put yourself out there and get noticed and start to generate income…it's quite a bit of effort…it takes quite a bit of discipline to do that," she asserted.

Before launching her career, Michele researched the music sector and determined who the successful local musicians were. The name Gordon Henderson (a relative of hers) came up. She found out that the legendary songwriter's success is based on his insistence on owning his intellectual property.

So, even before Michele started making music, she registered with The Collections Society.

She then went to Guadeloupe and Martinique, and with the help of others, Michele got her music played on radio stations in the French islands.

The people loved her music and her fan base grew rapidly.

As her popularity grew, she got more and more calls for paid live performances. After a while, her record sales soared and Michele also began collecting royalties from the French market.

Michele was thrilled because she was doing what she loved and she was being paid to do it!

But Michele hastens to add that music is a tough industry and there is no easy path to success. "It doesn't just happen like that. There is a lot of work to be done," she said.

"You will be turned down a lot. You will be disappointed a lot before you actually get to that point where you feel something is happening.

"I have had a lot of disappointments, a lot of turn-downs. But we just didn't stop."

Success, she said, requires a musician to keep on pushing.

"Let people appreciate you for the good work you do and have less to criticize about you."

Michele sings mainly in the jazz, zouk, cadence and soul genres, but she has a much wider love for music.

"I like everything…oh my gosh! I am a rock fan as well…" she laughed. "To me, music is music and all of music is aesthetic. It's communication on a certain wavelength that…lifts you up out of everything that you are going through . . .

"That, to me, is a powerful force and all genres have that…different people experience that through different genres."

"Rock, to me, is my rebel music. Jazz . . . inspires me to do better. Soul . . . is music that I can express emotions the best in …and classical music I love as well," she explained.

Classical music, she remarked, came from a time when there were no recordings and musicians had to play from handwritten notes in order for others to hear it.

Michele plays the flute and writes most of her own songs as well as songs for other musicians, including calypsonians.

One of her own songs touches her the most; it is one that has not yet been released.

The song, "Always" is a soulful rendition that exemplifies the exquisitely controlled power of her voice. She wrote it especially for her father.

Michele has been a performer at high-profile festivals and events all over the world.

In 2014, Michele beat 57 semi-finalists to become the winner of the CARICOM song competition with her song "Celebrating CARICOM". The song is now the official anthem of CARICOM.

The Cultural Division has bestowed Michele with a Special Recognition Award for Contribution to Cultural Development.

Michele is married to Roland Delsol (Jr.) and is the mother of two. Aside from music, she is an accomplished businesswoman.

An active member of Crime Stoppers, she is also one of the founders and principal organisers of the Kai and Vicki Kids Charity.