A review of John Grisham's "The Confession" 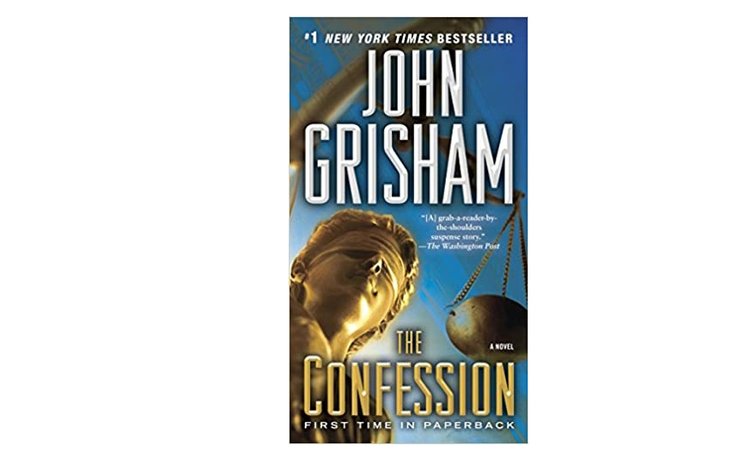 Probably the most popular read nowadays is the publications of the number one New York Times best-selling author, John Grisham. I must confess that I am an ardent reader and although I have enjoyed a number of James Patterson's a few years ago, but having read a handful of Grisham's publications by he stands head and shoulders above all thriller writers that I have encountered.

Not only are his plots intricately woven but his characters are colorful and everyone has a unique life of his own which Grisham has woven together like magic. One is always surprised at the end as suspense and intrigue baffle and unravel in each of his writings.

Grisham is a modern day genius of sorts who compels you to keep turning the pages and before you know it you are mid- way and can't put the book down. All his books contain over 450 pages and the language is detailed and colorfully precise.

For those mature readers who are interested or don't mind being exposed to the intricacies of the law, attorneys, justice, court cases and procedures in the US, will no doubt be fascinated at the many possibilities Grisham brings to bear. Crooks, the system, folly or judges and the magistracy, bribery and the jury, sentencing, protest and self -serving interest of politicians seeking re- election, all impact one way or the other in his 24 publications in his New York Times Best Sellers paperback series.

His research and legal knowledge is borne out in his books and the setting immerses the reader, grabs him and then you fall prey and victim to his unique writing style as he gets into the heads of character after character while the plot is skillfully unraveled.

I must confess I have now read eight of his publications but number nine, which is actually the first in the series is the best so far for suspense and the emotion that was brought to bear.

In the book, Donte Drumm, a local football star in Sloan in the city of Texas is accused of killing a popular high school cheer leader named Nicole. The police beat Drumm, an eighteen year old black teen, into submission; the prosecutor, and indeed the system, force him to sign a confession to a crime he did not commit. Furthermore a false witness claimed that they saw his van pulling away from the crime scene.

Although no body was ever recovered, the governor, citing elections implications, and a trigger happy magistrate, who rarely tolerated appeals, as well as a conniving prosecutor, saw to it that this Black youth spent nine years in prison.

A strange visit of a dying Travis Boyette met Pastor Keith and confessed that he was the murderer, on the verge of the execution by lethal injection of Donte, now at the age of twenty seven. Pastor Keith became convinced that Donte was not the killer. In fact the killer was now right in his presbytery but refused to sign an affidavit confessing to the crime. He had to be due his detailed account of what transpired and the fact that he had a long rap sheet for rape and other misdemeanors for which he had served half of the 44 years of his life. His crotches and the terminal brain cancer which he now suffered from, propelled him to confess having less than one year to live.

Why him? Why now? Pastor Keith could not believe it as his church parishioners and marital duties took second place to trying to prove Donte's innocence. He now became a full time investigator and even became the chauffeur who broke the law driving across state lines with a prisoner on parole in a last ditch effort to save the life of the football star. The inconsistencies of Travis Boyette's story, the changes of his mind to confess, the hospitalization, the lapses in consciousness by the only man who knew the truth and could die at any time will keep readers on their toes.

Meanwhile, in the final hours, protests by blacks in the streets , the burning of churches, the national guard is called in to keep the peace while the governor dismisses a video-taped confession as mere last minute trickery by Donte's defense team even while he is strapped to be administered the lethal injection, is almost unbearable.

The book is not only a great read but it will challenge your stand, moral or otherwise, on the death penalty.

"The Confession" is available at book stores.

The question is, will divine intervention come in time or will Donte Drumm die and retribution befall those who sought to kill an innocent man? Get a copy. As an avid reader and teacher myself I encourage young school-goers to check the library or buy a book and you will be surprised that if you at least read one novel a month within six months to a year, you will find your vocabulary, self-expression, confidence, analytical skills will improve by leaps and bounds; not just in English and other subjects, but in every aspect of your life.