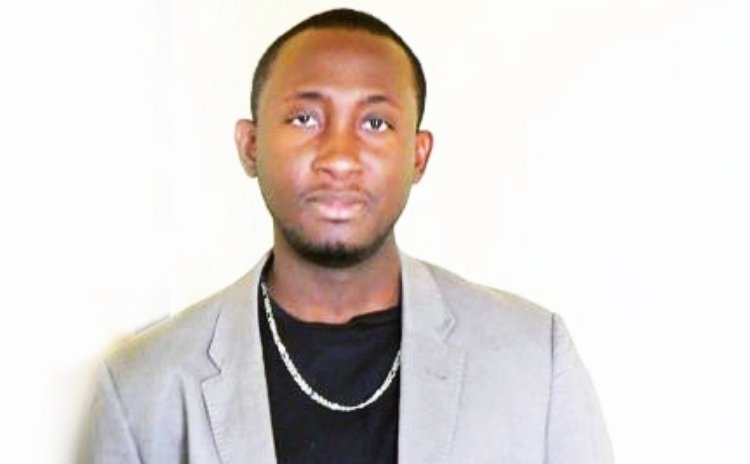 Yohan Henry album debut release calls on all and sundry to worship as he acclaims "Holy is the Lord, is the Lord God Almighty" as he delights in just being in God's presence. Indeed a fitting way to set the tone for this 8-track album for a young man not yet 30.

Yohan's voice has a distinctive mature quality that differentiates him from most youth of his age. One could identify a professional approach to his arrangement being an accomplished guitarist himself. There are wonderful call, responses and over-rides interwoven by the pulsing keyboard riffs and background vocal harmonization.

The music continues from Reggae to a Pop crossover Dancehall mix, just saying "Thank you" to the Lord Jesus whom, he says, never leaves his side 'even in the darkest night'; hence, his commitment to serve Him even in times of heartache. That soulful Motown-styled vocal reminds one of Marvin Gaye, Percy Sledge, stars beyond Yohan's age; this suggests his exposure to a wide variety of musical genres.

Another person that Yohan confesses has a special place in his heart is "Mama"- he borrows a phrase from Bob Marley as he assures her everything is going to be alright. Although it is a gospel album, he takes time off to recall experiences of his family, recognizing that his own father was not as lucky as he is to have a mom around. Yohan, therefore, salutes his mother for all her caring and devotion, reminding her that she shares a special place in his heart. The song is one for all mothers who brought life into this world and have not been given the recognition they deserve

I see this one as having longevity (long after Yohan's mother departs this world) even if its once a year during Mother's observations. Again… the haunting sound of the acoustic guitar to herald the next track; seemingly a musical signature of sorts.

" We search for you" features Johnna Moore in vocal combination in a funky soulful number in which the bass and drums set the tonal foundation for the combination of voices "Hosanna to the lamb of God" seem to dominate the refrain but it's entitles " We search for you". Later, in track 6, we are treated to a Hip hop/ R&B version of the same showing the versatility of the artist.

Reggae, the dominant genre, balances the equation as Yohan confesses that "My father was there for me" also, just in case he got jealousy about track # 3 dedicated to Mama. He reminisces on his father's wisdom and support –"man of honor". The latter quote I can concur with, as Bernard Henry, the dad had been a school mate and co worker for many years, is still an honorable man who he confesses never spared the rod. The father was there as a support for his music and in other facets of life molding Yohan into the God-fearing youth that he is today. After the second verse he takes off to a musical bridge where his skill is once more exhibited on guitar.

"All things work together" he philosophizes "without the rain plants cannot grow" and "without pain no baby can live through this world". Such deep thoughts from a young man, the hallmark of a talented composer who then surmises, come what may the sun will rise again.

Yohan paints life as a picture of red, blue and green; symbolically in this time of elections- he reminds us of the universitality of the human race breaking all divisiveness to embrace the bigger picture of one people, working in harmony to achieve- for indeed "All things work together" – as he takes us out in the final track 9: "Reggae reflection."

This is a gospel album of a difference where a number of topics were explored even if Christ is the glue cementing it all together- I love it! See, I maintain the best musicians and singer come from the churches and Yohan continues to prove just that!