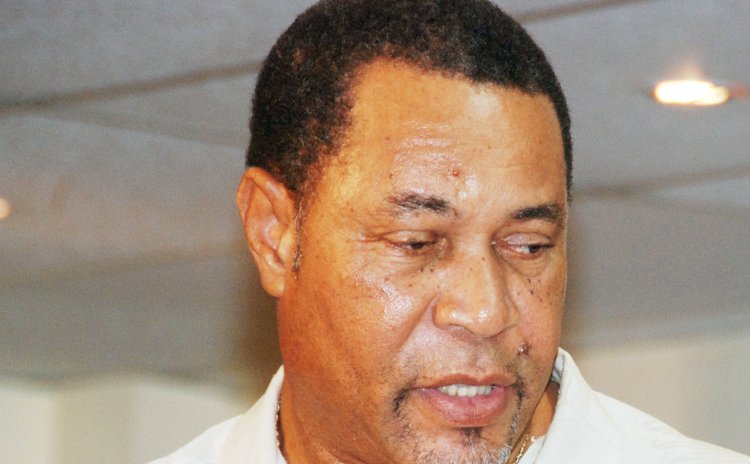 When Tom Lafond passed away at the Princess Margaret Hospital on December 18, Dominica lost one of its precious sons. A charismatic and energetic individual, Tom was widely recognized as an outstanding sports personality.

I first met Tom as a young man in the early 60's at Lindo's Park. He was polite and vivacious and his athletic ability was very evident but he was just beginning to hone his skills and learn the sport of cricket. Little did I guess that he would later become one of the region's most respected cricketing icons. He was involved in cricket for more than forty years and received many accolades for his personal accomplishments and for his efforts to support and promote the sport not only in Dominica but also in the wider Eastern Caribbean region. He served as a sports administrator, promoter, recruiter, commentator, developmental coach, island captain, manager of the Windward Islands Cricket Team, manager of the Windsor Park Stadium, and president of the Cavaliers Sports Club.

What is a little less known about Tom is his association with the Swansea Domino Club. I thought it might be fitting to comment on his participation and contribution to the development of that great cultural pastime called "dominoes" and his involvement with Swansea.

Often referred to as "The Mecca of Dominoes", that modest looking facility on the river bank has been a hallmark of domino activity for the past fifty years. It is a place where players, friends and guests, professionals, and persons from all walks of life gather on a regular basis to relax, network and socialize in a friendly atmosphere and compete for bragging rights among some of the best players on the island. Over the years, the sport of dominoes has proven to be a unifying force and an important adhesive for the social fabric of our nation.

When Tom was not busy travelling, managing Tropical Shipping or otherwise engaged with other responsibilities, he would spend several hours each and every day playing dominoes and interacting with his friends at Swansea.

He played a key role in leading and directing the activities of the domino club and helped to articulate the code of conduct and rules of engagement for those visiting the club. He served on the board in various capacities and on many different occasions. He was dignified in his demeanour, with a no-nonsense attitude that commanded respect, and he brought credibility with him wherever he went.

He was also a skilful player, who was renowned for his domino prowess. He loved to compete and was highly cerebral and efficient in all aspects of the game. So much so that at Swansea of the 28 piece domino set, a particular piece 6/5 long associated with him has been affectionately nicknamed "Tom Lafond". His efforts both single-handedly and in partnership with others helped to establish Swansea as a feature domino organization and propel it to the position of champion, a title it held perennially for many years. The club is still as a force to be reckoned with. The celebrated trio of Tim (Hon. Julius Timothy), Tom and Ted (Ted Daley) has been known to engender fear in the hearts of many opponents.

In 2010 Tom was on one of his many visits to Canada. I had the pleasure of introducing him to my Jamaican domino friends. They shared the collective notion that the best players were of Jamaican heritage, that was until Tom and I challenged them and forced them to crow less convincingly. This story could be multiplied several times and with other colleagues as he outstandingly made his mark in the domino arena.

Tom had an unquenchable appetite for life – for knowledge, food, drink, a good story and a great game. He had a joyous spirit and was often the life of the party. He was never timid to meet new people, make new friends or make them feel at home. He loved a good joke which he enjoyed with uproarious deep laughter.

Personally, I was surprised and deeply saddened to hear of Tom's passing.

Thank you Tom for your warmth, vibrant personality, technical ability, administrative skill, leadership and friendship. You will be sadly missed by all especially your family and your Swansea buddies but never forgotten. May your soul find eternal rest.

On behalf of the Swansea group I would like to convey deepest condolences to his wife Jennifer and the rest of his family.