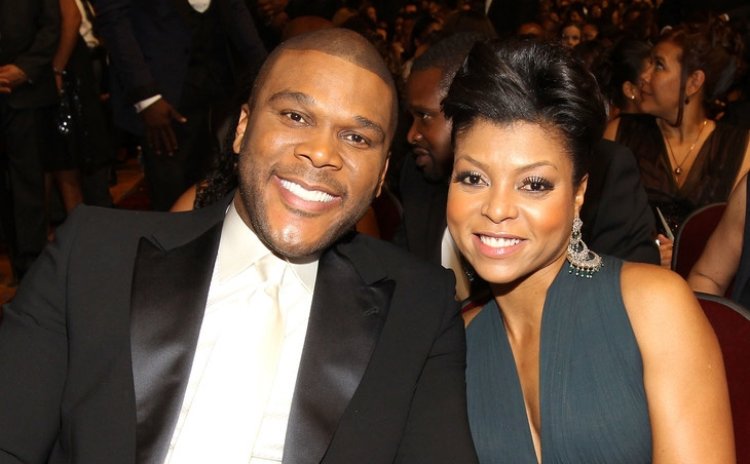 If it's one thing the hurricane caused me to do, apart from reading more, is exploring good movies on line to pass the time. It was during a recent visit to a theatre in St Lucia that I witnessed the premiering of Tyler Perry's latest production: "Acrimony."

I must confess it was one of the most compelling dramas I have witnessed for decades, and I do watch a lot of movies. Many reviews followed in the US, some complimentary but also quite a few scathing ones on this movie mogul who ranks among the best and richest in the business today.

A chance, fateful meeting of Taraji Henson- Melinda and Lyriq Bent-Robert on a rainy night planted the seeds of unfolding events which kept patrons at the theatre wrapped for close to two hours. The tale developed by way of flash backs of events told by Melinda painstakingly unraveling why she seemingly had lost her mind and had to resort to a shrink.

Robert who had bumped into her that stormy night scattered not only her books and papers of her school assignment but served to foreshadow her own life which also became scattered and disjointed. The young Melinda at the time did not seem easy to get along with but fell into the smooth intelligence of the handsome Robert and found solace in his arms just at the point where she lost her Mom. The fact that he resided in the humble abode of a caravan did not in any way stop him from dreaming and experimenting with an invention which would be the envy of the world, capable of generating and regenerating its own power to drive production in industries. This seemed to be his only preoccupation while Melinda was to make him happy with the view that they would both share the dream of living a life of luxury; living in high rise condos, sailing the seas on the luxurious private cruise liner Gale Force Winds.

The purchase of a car for Robert drove to unfaithfulness, into the arms of beauty Crystle Stewart who played Diana, and the seeds of bitterness were sown. Well, jealous rage took over as Melinda who on a stake out realized Robert's dishonesty and drove her vehicle into his trailer home and smashed the windscreen of the very car she bought him.

The lovers stunned all when Robert convinced Melinda that this was just a one-off affair and how sorry he was. The result was a wedding, theirs, without the presence of sisters and friends, save one faithful confidant.

Melinda's miserable life had begun as Robert showed no enterprise beyond his dream invention for which she served as financer. He did not work and was solely dependent on her to put food on the table and pay the bills while he slept or tinkered with his toy.

This continued for 18 years while the once beautiful Melinda aged rapidly as she tried to juggle two and three jobs to keep things afloat. Robert's experiment blew up all the electricals at her home but she still used the house as security for Robert. Soon after her entire inheritance left to her by her mother vanished and the house was fore closed.

Family and friends came to Melinda's aid and made a job offer to Robert who reluctantly took on the duties of a delivery driver. But this was short lived as new life was injected in his numerous effort at selling his product and patents to Prescott Company who had rejected him for so long.

As fate would have it her purse was left in his vehicle by accident and Melinda went crazy for the third time in the movie accusing him of promiscuity with the same woman whom she went crazy over two decades ago.

Finally, inevitably, the divorce. Robert lost his job and not having a black cent incredulously still turned down $800,000 offered by the Prescott CEO, citing it was not enough for his world-changing invention.

Melinda could take it no more. Which woman could? Her entire youth was robbed by Robert and they had nothing to show. She had lost everything- her home, her friends, her inheritance, her mind, believing in a dream that only seemed to be in Robert's head.

His pleas to Melinda to hold on, to keep believing in him and expressions of how much he loved her was to no avail, much to the delight of her big sister who set her up with another man, whom she believed would be more deserving of her sister's love.

Melinda tried but somehow still did not feel contented, sexually or otherwise in the arms of another and secretly grieved that she lost Robert but was resolute with her discussion to have him out of her life for good.

However Robert's visit to her workplace just after her divorce to deliver a six million dollar cheque for her for all her troubles he had brought upon her. She was stunned, speechless. He had hit it big. He also gave her the keys back to her newly renovated house which the bank had seized. Should she have just held on a little while longer?

I would recommend "Acrimony" to be seen by both sexes. To my mind it's a masterpiece worthy of 4.5 out of 5 stars.