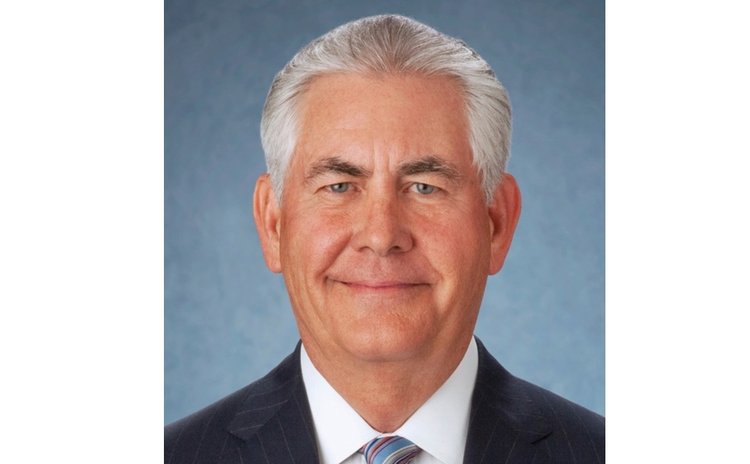 On December 13, the US Congress sent to President Obama The United States-Caribbean Strategic Engagement Act of 2016 for signature into law.

This extraordinarily important development comes just as a new US administration is about to take office. Uniquely it offers the Caribbean, unlike any other part of the world, a legislatively binding timetable within which the US government must come up with a clear plan as to how it intends developing a programme of support for the region.

The challenge now for Governments, regional institutions and the private sector, is to come together to make sure that key figures in Congress, senior officials - particularly in the State Department and USAID - and the incoming members of President-elect Trump's team, have guidance on what the region requires.

The legislation was sponsored jointly by the ranking member of the US House Foreign Affairs Committee, Eliot Engel, a Democrat, and Ileana Ros-Lehtinen, a Republican and a former Chair of the committee. It requires the State Department and USAID to identify in 180 days after its signing into law, US policy priorities for a multi-year approach towards the Caribbean.

While some in the Caribbean had been skeptical about the legislation, because there is no funding attached, the enthusiasm with which it was passed makes the political point in Washington at a critical juncture, that the Caribbean has to matter to the next US Administration.

To put this into perspective, it is the first piece of original bi-partisan pan-Caribbean legislation since the Caribbean Basin Initiative was enacted in 1983.

Speaking about the significance of what has been agreed, Mr Engel said: "This bill will prioritise our partnership with the sub-region for many years to come. It is long past time to have a multi-year strategy that will allow us to increase engagement with the Caribbean, especially when it comes to energy and security" …. "With constant crises around the globe that demand US attention, we must not lose sight of our long-term interests close to home".

Mrs. Ros-Lehtinen said that sending the legislation to the President's emphasised Congress' view that the US must strengthen its relationship with the Caribbean so that the US was viewed as a reliable partner and there was 'push back' against the negative influence of Venezuela. She also noted that the legislation offered the opportunity to work proactively and collaboratively with Caribbean nations in the areas of security, trade, illicit trafficking, and energy, as well as advancing US national security interests.

While some in the Caribbean may not see hemispheric political dynamics in the same way, the bill provides a unique opening at just the moment when relationships are undergoing radical change globally, and a new team will direct US policy.

They include the Chief Executive of Exxon Mobil, Rex Tillerson, who has been proposed as US Secretary of State; Fox News' National Security Analyst, KT McFarland, who will be the Deputy National Security Adviser; and the former Head of Southern Command, the retired Marine Corps General, John Kelly, who has been nominated to be the future Head of Homeland Security.

Mr Tillerson, despite his reported close connections to the Russian President, Vladimir Putin, is widely regarded as a pragmatist. At Exxon, he has taken a positive interest in Guyana, Suriname and Trinidad, and is believed to have been following closely the negotiations between Cuba, Mexico and the United States over the unclear boundaries of the Western Polygon in the Gulf of Mexico said to have sizable oil and gas deposits. He is also clear that climate change is a result of human activity, and supported the recent Paris Agreement on Climate Change. However, he is no friend of Venezuela whose former President, the late Hugo Chavez, expropriated Exxon's assets.

Mrs. McFarland, whose appointment does not need Senate confirmation, has previously made clear that she takes a positive if transactional view of détente with Cuba. Writing in December 2014 for Fox News' 'Opinion' section, she said the US 'cannot allow its adversaries to once again dominate Cuba …. whichever major power helps Cuba enter the modern world will have enormous power there for a generation. That major power needs to be us'.

General Kelly's appointment as head of Homeland Security brings to the post someone with well-known and strong views on the importance of the Caribbean. As the former head of US Southern Command, he has previously been vocal on many regional issues including narcotics trafficking, organised crime, terrorism, migration, and the need for dialogue and stability in the Caribbean region. He has been critical of US disengagement from the Central American and Caribbean region, while previously welcoming Cuban participation in regional counter-narcotics discussions.

What these and other nominations and the passing into law of the Caribbean Strategic Engagement Act add up to, is an opportunity that requires seizing without delay.

Sally Yearwood, the Executive Director of Caribbean Central American Action in Washington, the not for profit organisation that promotes private sector development in the region, believes that it is now vital the Caribbean responds positively.

She notes that the incoming Administration will have a wide range of pressing global policy issues to work on during its first year. "HR 4939 (the new bill) has done the extraordinary job of placing the Caribbean squarely onto the short-term agenda. The work now for governments, civil society, and the private sector in the Caribbean, is to engage with Congress and the Administration to ensure that shared priorities are reflected in the strategy", she observes.

Some regional organisations like the Caribbean Hotels and Tourism Association (CHTA), Chambers of Commerce and others private sector bodies have already made clear the importance they attach to the legislation. It is now up to Governments, political parties affiliated to the Republican Party, regional organisations, and others to work with friends in Washington to rapidly develop a coherent regional response.