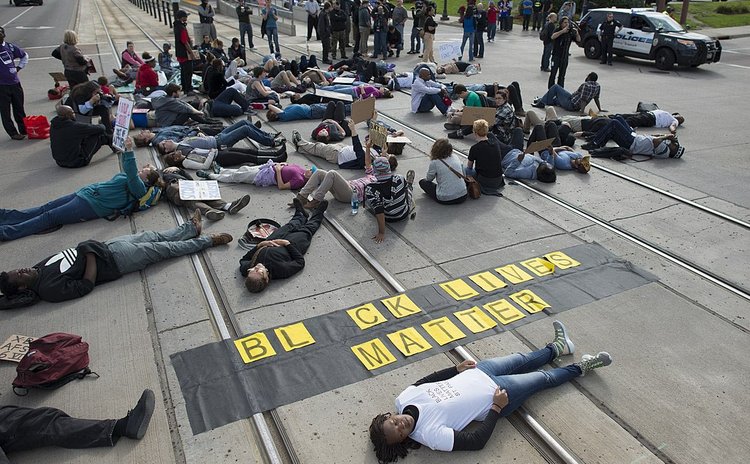 Being a child of the 70s I have long graduated from supporting black, white or yellow to support for the human race. I tend to believe that because no definite description of color was given to Jesus by writers of the Bible, it served a divine purpose. Yes, I condemn the tainting of Jesus, who most likely was a black man based on genealogy and geography. I also condemn slavery and the 500 years of subjection, discrimination and persecution of my race because of the color of our skin. I can also appreciate the physiological damage over years and the inferiority complex when everything good was painted white and everything black-bad. I am for reparations and liberation of mind, back to Africa movements and did not have to wait for George Floyd's death to chant 'Black Lives Matter'.

As is my mandate I relate everything in this article and look at things from a cultural or artistic viewpoint; hence, I advance the following: it is rare and far between that conflict and war of words occurs between white artistes and band members while blacks seem to thrive on it.

In Jamaica one can go as far back to the breaking up of the Wailers and how Peter Tosh spared no words to put Marley, who espoused the same Rasta doctrine, in a bad light. In the Dance Hall era with Bounty Killer, Super Cat and Beenie Man and the litany continues with Movado and Popcaan, Lady Spice and Macka Diamond, Aidonia and Busy Signal, Beenie and Movado, Vibes Cartel and Ninja man. Really it would seem that those sporting dreadlocks and preaching unity are the least unified in the entertainment world. What some of these artistes would do and say to get their fans and promote feuding is disgusting, to say least.

Well, we as Dominicans, on a smaller scale can relate to the WCK's and the Serenade's and the various splinted groups of Original Bouyon Pioneers or First vs Original Serenade as two of the prime examples of recent discord. Imagine things get so deadly that performers don't speak to each other even while playing on stage. Some use that same stage to hurl derogatory chants at each other. These performances are not to be confused with the pick-on tradition as done in competitions in Calypso or Rap music where artistes try to outperform each other into submission. They are all after the dollar and hyping of their fan base even into warring factions.

The above seem to be accepted as 'black' and so nothing is wrong, once it is from another black brother of the same race or ethnicity. For Rap artistes it is ok to refer to your black brother as nigga or 'dog' or women as 'bitch' in song, or while casually conversing. However, if any other race does that it becomes a racist comment. Nigga, a derogatory word, which is banned and labelled as offensive, takes on new and ironically complimentary meaning, coming from a black man to another black man.

We ill-treat and demean many of our black women as they become objects of sex in our music videos but cry foul when a white man does it. It then becomes exploitation, prostitution, sex slavery. We rally around themes such as 'Black Lives Matter'. To whom, if it does not matter to our own?

When you are not being promoted you say: a black man or woman has their knee on your neck. When you don't get that scholarship you deserve- a black sister has her knee on your neck; who is bad-talking you- your neighbor with her two feet on your neck. In fact many blacks prefer whites as their bosses.

Yeah, yeah- keep on blaming mental slavery and all that, century after century, take out the mote in everyone's eye and don't see the stone in ours; keep doing the blame game because we have mastered it. Don't black life matter when so many incidents of murder goes unsolved in little Dominica? When so many wait for justice in our courts yet to no avail? Are we looking through telescopes seeking justice as far as Minnesota while injustice unfolds at our feet?

Marcus Garvey says to the black man: know thyself and 'Africa for Africans at home and abroad. We are good with the abroad thing, but it's our home business which provides the challenge. I am certain that if George Floyd was a Dominican and the incident took place right here in Dominica there would not be any 'Black lives matter' movement'. A few individuals would call 'Matt in the Morning' and it would end there. Why? Because blacks kill each other all the time sanctioned or not by the system and its ok or at least tolerable. After all, a black has authority over the life of another black and with incidence like this, it does not matter.

Because I am a proud black man and very much aware of my rich history, long before the whites stole their way to the ascendancy, I refuse to allow or use the event of slavery as an excuse not to do well by my people. The so-called Jews have risen again despite the holocaust so why the extended comfort of the slavery scapegoat?

For me, it is even more hurtful when a black brother harms another knowing that we were brought here on the same ship. Though my natural affection and affinity is to my black brother, when a human being treats me right, no matter his race I say his life matters as much as the black guy who fashions all ways and means to destroy me. Indeed wisdom and experience has taught me that 'All lives matter.'