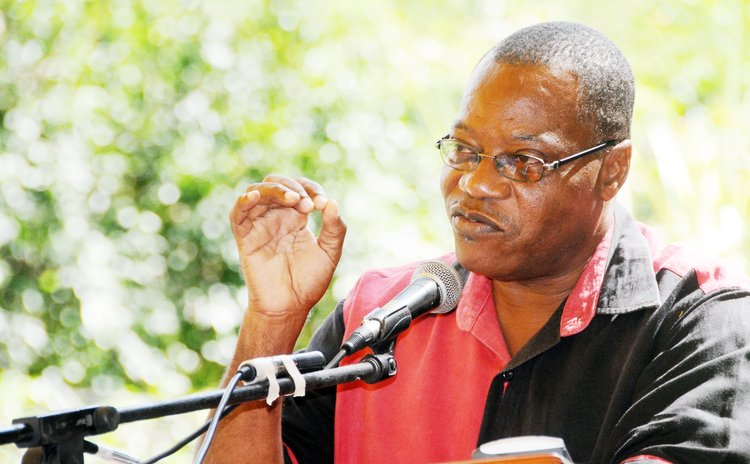 Intellectual property attorney Richard Stim states the following as it pertains to music sampling in recordings: "Like all artistes, musicians sometimes like to borrow from one another. The complication, however, is that copyright law gives musicians exclusive rights over their work. If you use "samples" of other people's music in your own commercially released music, you should first obtain written permission, so as to avoid allegations of copyright infringement."

The above sentiments were also expressed by regional copyright expert, Dominican McCarthy Marie at a songwriter's workshop held at the end of July this year. The statement was published in NOLO, the first American internet site which gives information and direction on matters pertaining to intellectual property.

Like Stim, Marie also supposes that why many artistes never get caught it is because they are somewhat under the radar, meaning that they have sold less than or insignificant number of copies of the pirated material to make it commercially viable to be of concern to the actual owners.

"Using a sample without clearance is always risky. However, as a practical matter, if you sell recordings only at shows and do not make more than one thousand copies, your risk is reduced. The owner of the source recording will be unlikely to learn of your samples. However, if your recording becomes popular at clubs or on the radio, or if a major label wants to pick it up, you will have to deal with sample clearance, and might face consequences for your initial failure to do so," states attorney Stim.

There seem to be a new fad over the last five years in particular that many local bands infuse samples wholesale into their music. Most of the time the violator is so brazen that he doesn't acknowledge or accredit the owners on his CD releases. Unsuspecting fans, many times think it's their work, not realizing that it was stolen; after all, most of these samples are taken from hits long before their time.

With the frivolity with which that this infringement is occurring it would seem then that most local artistes who do this are either not aware that it's a violation of intellectual property or they are just blatant and don't expect their recording to be valued as important.

However, even more significant than this is the fact that artistes are seen to be the greatest violators of their own music. Quite a few local artistes such as Gordon Henderson, Hunter, and Michele Henderson, to name a few whose rights were infringed and have been compensated for use of their music without their permission.

Others such as the Midnite Grovers and many calypsonians have lamented that record shops were replicating and selling their works illegally in the past, a total violation of their rights. The same also applies to rhythms where an artiste just sings on a beat and before you know it there are ten versions on that particular track.

A number of Jamaicans are doing so but what our locals may not be aware of is that usually permission is granted by the producer of the beat or song as Jamaican artistes are very savvy as to their rights in this music business. They also don't mind as the frequent use of what was originally produced by them, positions them to receive greater air play and the royalties which can be accrued as a result.

One fondly remembers the musical feud between Serenade and WCK in the early Nineties about the composition "Tony Marco" as to who stole whose concept. It happened most recently with the late Jeff Joe and Anthony Gussie formally of Black Affairs over the hit song "Aye Mama". I must say, however, for whatever its worth, I did hear Jeff respectfully credited Gussie as the composer in one of his Martinique shows.

Business houses and radio stations are known violators of intellectual property because they use songs to advertise and bring attention to their products and services- permission should and must be sought.

I have heard samplers that have nothing to do with the song it was infused with; hence I can only conclude it was just put in to add some spice or lift on an already weak composition. It's sometimes could be put in because there may be a lack of skill and so the composer/lyricist has come to his wits end and really don't know where to go with the song; that is called writer's block.

When one thinks of the quantity and quality of original lyrics produced by Pat Aaron, Chubby and Gordon Henderson, three of our most prolific writers of all times, it is cheap, deceitful and tantamount to theft to use fellow artiste's work without their permission or even acknowledgement.

Here's a word to the wise: if you are one of the artistes who is guilty of the practice of sampling or utilizing works that are not yours and having it posed as if it were yours, this is wrong. One should try to be as original as possible and not "paro" on the intellectual property of others.

In closing, I dedicate this article to the memory of the great Aretha Franklin, Queen of Soul, who passed last month.