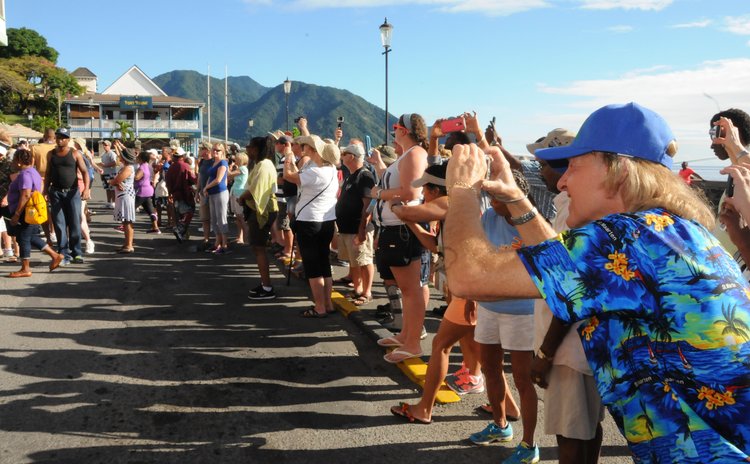 The challenge that is now facing almost every Caribbean nation is how best to recover the tourism economy without which future economic growth and sustainable tax revenues will be all but impossible.

The COVID-19 pandemic has shuttered the industry, made hundreds of thousands of workers unemployed, pushed many hotels, airlines and cruise companies into financial meltdown, and caused travellers to fear placing themselves at risk in any situation where public health cannot be guaranteed.

According to Frank Comito, the CEO and Director General of the Caribbean Hotel and Tourism Association (CHTA) 87% of Caribbean hotels have suspended operations and are not accepting guests. His initial estimates indicate that from March to mid-April the industry lost US$1.3bn in room cancellations and Caribbean Government's total tax revenue on visitor spend may have fallen by around US$0.5bn.

For the Caribbean, the most tourism dependent region of the world, the obvious consequence is an urgent need to consider when it can reopen for business, how it positions itself when international travel again becomes possible, and how it should adapt its offering.

Some Caribbean countries, most notably Jamaica, are already well ahead of the curve. It has established a multi-disciplinary task force to determine not just how and when to bring visitors back and to ask difficult questions about its tourism model.

Jamaica's Minister of Tourism, Edmund Bartlett, says that the new group will be asked to establish a realistic view of the tourism baseline that Jamaica has to recover from; give consideration to multiple alterative versions of the island's tourism future; establish as far as possible a time line; and develop a strategic posture for the journey back, taking account of national imperatives and scenarios. He also believes there is a need for strategies that create a much closer integration with agriculture and data-led thinking about market development.

It is an approach that recognises that tourism and the way it recovers will not be as before and that much more thought needs to be given to forms of sustainability and better-balanced economies.

Nonetheless, the greatest immediate challenge, absent either a vaccine and/or some form of reliable visitor health certification, is that the virus could asymptomatically be imported into the region from countries that have not done enough, have failed to deliver an efficient response, or are simply in denial.

Without a vaccine, such an eventuality will remain politically and electorally sensitive for several years and have xenophobic implications. It will also impact on the frequency of air and sea lift, foreign relations, public health policy, taxation, food security, insurance provisions, and much else, well before the marketing specialists are able to address consumer perception.

Jim Hepple of Tourism Analytics in Aruba believes that governments will be so concerned about importing the virus that US residents in particular travelling to and from the Caribbean will require government approved health documentation to board flights and pass immigration, and on return to the US may for a period be subject to some sort of quarantine, making questionable the idea of a short or even two week vacation

Although regional tourism has a proven ability to recover from crises, and industry optimists are hoping to see visitors return this coming winter season based on the region's recovery after 9/11 and the 2017/18 global financial crisis, these inflection points provide little guide to where the world economy and by extension where tourism now is. At best, the world and send markets are about to enter a recession or worse, and as polls show would be travellers have become fearful of leaving their own country: factors that suggest that the time horizon for the start not the end of Caribbean recovery may be as late as the fall or winter of 2021.

As Australia and New Zealand have already indicated, it is also quite possible that governments in the region's major source markets may not immediately encourage external travel, preferring first to incentivise staycations in order to stimulate domestic economic growth and protect public health.

It may also be the case that not every category of visitor the Caribbean has welcomed in the past will wish to or be able to travel. Older travellers may be reluctant and may no longer be able to obtain medical or travel insurance for nations deemed to be at higher risk. Moreover, hotels and other visitor facilities may be cautious about litigation and insurance should the virus reappear in a manner traceable to one of their properties or facilities.

There is also much to be considered in relation to the cruise lines. The first post-pandemic requirement will be to stimulate employment and tax-generating long-stay land-based tourism, then after that to develop a unified regional response to the cruise company's divisive approach to destinations.

While acknowledging their value, Frank Comito points out the cruise lines need to be better regional players. The Caribbean he says, "will have to explore whether it has the collective will to address from an equity perspective the role of the cruise sector vis-a-vis land-based tourism in its many forms".

More generally the outlook for a rapid global economic recovery and the return of international tourism is not promising.

Marla Dukharan, one of the region's leading economists, expects a recession and almost every Caribbean economy to contract causing Governments to have to become more important as drivers of economic activity, needing to come together to find common regional economic solutions involving support from the IMF and others. She also believes that "tourism activity and the businesses which depend even partly on tourists will not see their levels of revenue recover for years to come".

Addressing all these and other issues will require much thought, joined up local and regional responses, a high degree of realism about how Caribbean tourism markets will reopen, and most likely fierce global competition as all nations see visitors as a means to rapidly power future economic growth.

Just as importantly, the crisis facing the sector offers an opportunity to governments and international financial institutions to think long and hard about how to rebalance Caribbean economies, so that the region in the longer term is much less reliant on the fortunes of a single sector.

A second column addressing the way ahead for the Caribbean tourism economy will appear next week.