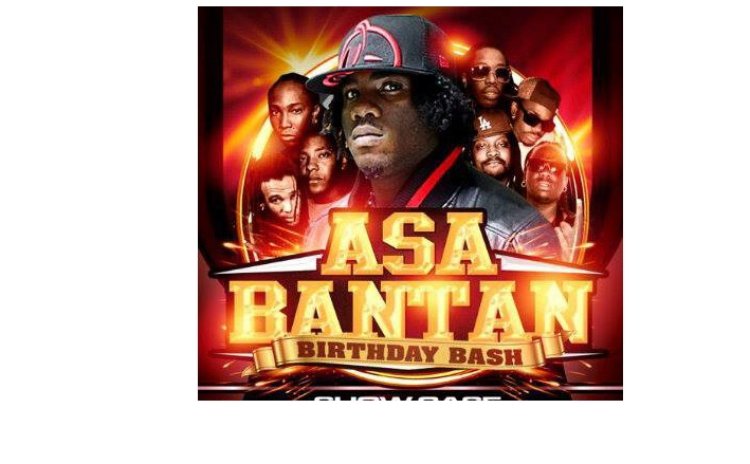 Three weeks ago I tuned into the Jamaican programme Sportsmax and I was greeted to the sound of an Asa Bantan composition which introduced the programme. I could not believe it! Was this real? We know how protective Jamaicans and Bajans are of their market and for a Bouyon composition to gain such prominence speaks volumes of how the music has grown after more than 20 years.

Not only is Acer himself brand ambassador for a telecoms company and has demonstrated his marketing and organizational skills in being the brain behind the ever popular Breakfast Fete which now attracts patrons from the region, he is Dominica's most energetic and most traveled performer.

Yes, whether it's the USA, Belgium, Japan, the Caribbean, Europe, globetrotting is what has propelled the popularity of his music. What makes Acer Bantan different or more successful that most in this genre is his uncanny ability to utilize rhyme to tell human interest stories and to address social issues like his initial tracks of "Wet Fete" and "Task Force" and "Resilient bumpers" where he trivializes the coined term resilience to define a party atmosphere where ladies posterior are described as being able to withstand anything.

The first time Alwin Bully on his return to settle in his homeland heard Acer he confessed to me that this guy has something going for him. Coming from one of the region's leading writers that are a compliment. His messages griped you and soon everyone could identify with a phrase made famous by Acer himself "I know people that know people." He single-handedly erased "pull string" or "preference for" by defining favoritism by the system, for one to achieve you got to know someone in high position in society. Notice how simple, yet how poignant, and effective are his words; the hallmark of a good lyricist.

Now the Prince of Bouyon is nominated for a Soca award this year. This not only is significant but brings to focus what Dada Lawrence has said for years: that Bouyon should not try to do it on its own but should find a home among the more established genre of Soca. In other words, don't invent the wheel and let Bouyon be another brand called perhaps Soca Bouyon just as there is a category of Groovy Soca and Power Soca.

In one year Bouyon has gotten its greatest accolade: Dada produced "Famalay" and he was among nominees for best Soca artistes. Surely we should not try to correct anyone citing it is not Soca but Bouyon when there is no category to represent this Dominican genre.

Marley's " I shot the sheriff" was ranked on the Pop label and Reggae band UB 40 is ranked as one of Britain's leading Pop groups. Guess what I am saying is, let the public categorize you- just play music as long as the recognition comes. Maybe one day you will get to tell the world your story as Bob did.

In fact today there is hardly any demarcation in music as Afro beats, Hip hop, Pop, Reggae, Dance Hall has all rolled into one. It's all about world beats.

Have you listened to the Groovy Soca from TNT- the Bunji Garlins, Farmar Nappys and Marshall himself? Well, if you check out the use of the hyatts and snare drums, it's pure Cadance music and producers and musicologist as Mark Marie are rightfully convinced. Listen to Ophelia's version of the late Shadow's "Dingolay" and you will see there really isn't much difference.

It's important to note that the success so far reaped by Bouyon are due to the artiste's own sweat and toil; so, when is the private sector and our own ministry of culture and tourism coming up in a big way to showcase something the world seem to desire? Yes, I have noticed that a 40-man contingent including the Signal Band and Ophelia were at CARIFESTA 2019, but though it has so far been too little with the radar more than ever on Bouyon, it's certainly not too late.