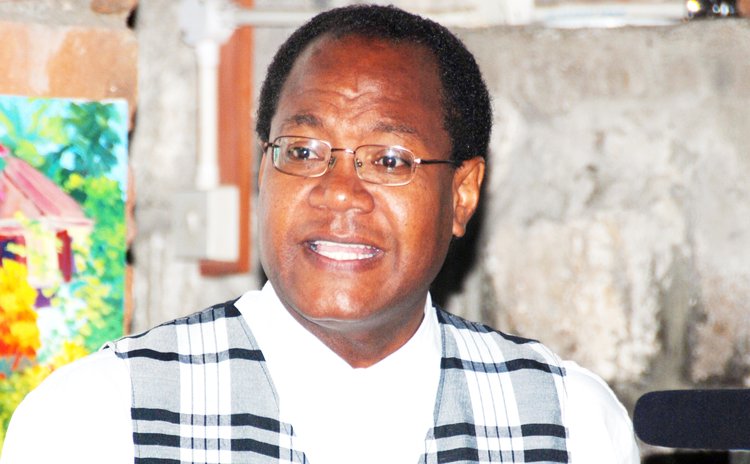 It is said that man is dispensable and that may be true. But when someone has served so honourably so long in any field it is difficult and usually takes some time to replace that person. Therefore, through my Art and Entertainment column I embrace the opportunity to call for the highest possible award to be bestowed this Independence, even at this eleventh hour, on Chief Cultural Officer, Raymond Lawrence.

Lawrence is a multi-faceted soft spoken individual who, as far as I know, made no enemies socially or otherwise. He served all and sundry; yes, the nation and literally kept the culture of Dominica alive even in this age of globalization and exposure via the electronic media to everything foreign.

Ray is leaving with his head held high with numerous publications, recordings, workshops and shows facilitated under his guidance. In countries like Dominica where culture does not get the lions' share of the budget where education, health and, of course, social services and communications and works are priorities, Raymond has been able to add one and one and make four.

At National Cultural Council (NCC) meetings which he chaired, he was always hopeful in adversity, never flustered and seemed to have options B, C, and D if A did not work. He facilitated government's participation at CARIFESTA, trade shows, concerts, anything where culture had to be showcased.

Even with the advent of the World Creole Music Festival (WCMF) when there were fears as to whether this would infiltrate and dilute our culture, Ray saw the bright side - a link between the traditional and contemporary where Bèlè, Quadrille, Lapau-cabrit and steel pan could be an integral part of what was showcased on stage, particularly in the first 10 years of the festival.

He worked harmoniously with all four directors of the WCMF, village councils and cultural groups; a diary of which can be found in the division. He facilitated the granting of concessions on instruments and equipment for scores of bands, helped facilitate literary publications alongside the Dominica Writers Guild, saw to the revitalization of steel pan in Mahaut, Grand Bay, Marigot, Roseau, many schools in Dominica, through workshops tutored by Eddie Andre, the Jno Baptiste Brothers, Arthie Martin, David Winston and others.

Raymond also kept alive the School's Arts Festival so as to instil that sense of being Dominican in a generation where the internet and television have so much influence on our minds and ultimately our culture.

Still the gentleman had time to organize the Teenage Pageant annually and kept alive the Waitukubuli Dance Theatre Company, which he founded some 42 years ago. Who else deserves the Order of Merit than this remarkable great Dominican? Others have awarded him regionally and internationally making him not just another cultural officer but a monument of sorts.

His gifted, distinctive voice as a highly decorated, trained media practitioner has become synonymous with Queen Pageants and, I dare say, cultural shows, tv or radio.

I am pleased to have served at the NCC with such a stalwart for the past decade; so much he has achieved from so little. Whether it's renovations at the Arawak House of Culture, the signature achievement of the Dominica School of Arts, DOMFESTA, Emancipation Day or Independence celebrations, the setting up of Monuments, training and support for artists the entire country should take their hats off to this man.

Of course he could not achieve this without senior officer "Aunty" Pearle Christian and the rest of the dedicated staff as artist/ painter Earl Etienne, presently one of two longest-serving cultural officers.

I am smiling as I write this article as I reflect on fond memories of Brother Ray at CARIFESTA in St Kitts over a decade ago, when he unexpectedly or instinctively came out of retirement, to display some of his dance moves in front of thousands of regional spectators as part of Dominica's Night.

Lawrence lives and loves culture and just as a Bob Marley, Sparrow, Muhammad Ali, Pele or a Michael Jackson comes once in every generation, so too do people like Dominica's Chief Cultural Officer Raymond Lawrence. Ray you are a true Dominican treasure. The nation salutes you!