Bringing Bouyon to the best table 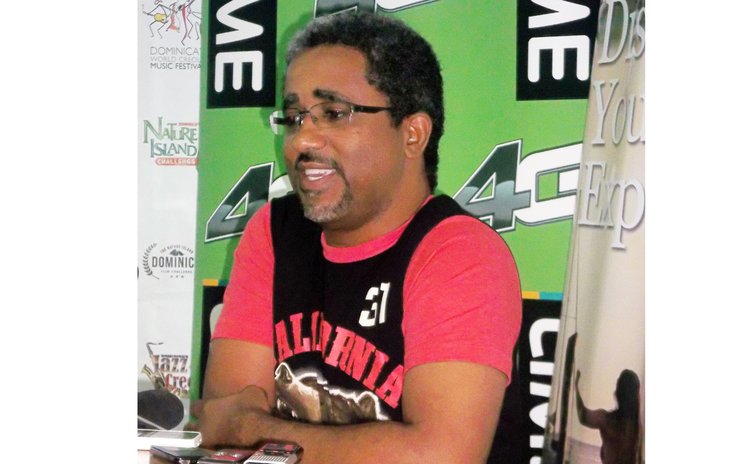 Now that the pageantry weekend has officially ended, carnival lovers are eagerly awaiting the "Bacchanal Weekend" where Dominica's Bouyon music will take it rightful place.

"We have put together a plan of what is going to happen in terms of Dominica's music. In Trinidad every night is a fete Soca music is their music; Dominica has Bouyon music and they have been able now, Dominica Festivals Committee and Discover Dominica Authority, to put a Bouyon festival together the Friday before carnival, said Carnival Promotions Agent, Val Cuffy.

Cuffy added: "We want 10,000 people to flood to the Windsor Park Sports Stadium to be part of the activity because it is our music and Bouyon has done it and we are very happy about the line-up."

"We, the Bouyon Pioneers, decided that let's represent in an original way the Bouyon, what Bouyon really was back in the day when were part of WCK," said Phillip. "Again I will stress our goal is not to say what is happening in Bouyon right now is dissing the music in any way; there is just no representation of the original form of Bouyon so we decided to do something like that and I must say it's an honour to be part of the first ever 'Bouyon Fest" and we intend to represent in a big way."

Phillip stated that it is time that Bouyon music is represented in a big way. He said: "We have been combatting the likes of Soca, Reggae, Dance Hall and Bouyon is ours and the fact that we did that "Characters Song" you can still see the Bouyon still has a lot of potential because we came out with what a lot people say is 'Old School' and the kind of impact that the song has generated you can really see that there is great potential in Bouyon music in the new style, in the original style and is about time that we really press on with the genre as being something original from Dominica."

Meanwhile, Director of Tourism and Chairman of Dominica Festivals Committee Colin Piper said that the committee has recognized the importance of the Bouyon music and though the music is prevalent on the road, it wasn't getting the place it deserves.

Piper noted that performing at the Bouyon Festival the 'crème de la crème of Bouyon was chosen both in terms of what is relevant and what is happening now and who has started the music essentially.

"First year we are going to try to put on a good show, we welcome of course any constructive criticism in terms of what we can do better but our hope is that over the years to morph this into even a competition where at some point in time you will be seeing a Bouyon Road March because we really think that this is the music of our generation so we want to make sure that it has its representation" said Piper.