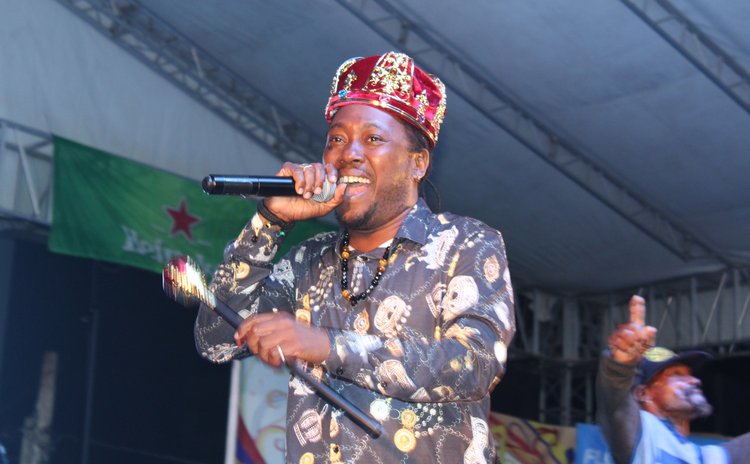 So in a few days the Calypso Finals will unfold. At the time of writing only King Dice and Jaydee second songs had been released but I am sure that when this article is published we all will be in a better position to make predictions, bearing in mind that it all depends on execution on the night.

So although Jaydee sounds like king material now, only execution will determine this. I wish all the finalist well and my only admonishment would be to listen to the wisdom in Bingo's "Calypso Workshop".

But let's get to the meat of the matter and that is the survival of Calypso as we know it on the Nature Isle. Again I have no prior insight as to what the attendance is going to be at the Finals but if the buildup gives us a sneak peak into attendance, then it may not be very promising.

It's about a decade now since I have been warning the Dominica Calypso Association (DCA) that we cannot take Calypso fans for granted because of its unrivalled support during the carnival season. For instance, the Monarch's purse has not moved from $20,000 in 20 years. Apart from the sponsorship of the telecom companies there is hardly any cash injection in Calypso and so gate receipts is what the association relies on. There is no trip, no recording contract, no regional performances by the winners, no raffling of tickets to provide a night for two for the patrons or a trip on Val Ferry- nothing extra for the public. What about predicting the places in correct order and the winner enjoys a night at Kaminski?

While nothing has really changed with the administration of the art-form, here comes Bouyon where there's no pressure, one song, no eliminations or quarters, not heavily judged on lyrics & melody, a free reign to get the crowd involved even if you don't remain true to the lyrics and you can win $15,000. To what genre do you think a young man is going to gravitate to? This year we did not have Black Diamond, Lugars, Chris B and Daddy Chess. Scrunter have obviously called it a day, so a message is being conveyed to the administrators of Calypso.

Whether we want to admit it or not if Dice makes an exit, the hopes, dreams, and interest in the competition will wane considerably. Many come to either support him or to witness him being dethroned. Now this can be dangerous for Calypso although the association may want to take respite in the fact that the year Dice did not compete and when Pat did not write, that point was not really proven. However, there may be more meaning to this viewpoint as Calypso tents and shows leading up to the Finals have not been what we know them to be.

I conducted a survey at the semis among four age ranges: 18-24; 24-35; 40-55 and 55 and over and the following was revealed. Patrons were asked to give reasons why they support Calypso shows.

Ninety percent of the 40-55 group said they just loved the art form as their number one choice and coming in second among respondents in that group was the importance of maintaining the tradition while a close third is the fact they like the social and political commentary.

Younger people were proved difficult to locate and so those between 18-24 and 25-35 ticked that they attended because there was nothing to do/go with friends and second for them was the beff or political commentary. However, over 85 percent agreed that Calypso would not be their choice if there was a Bouyon or Dancehall show on that very night.

When asked what was the main reason there is less participation this year, overwhelmingly the number one choice was – no money/ people broke; a distant second was quality of songs while a few responded –election burnout.

Both the older and younger patrons circled lack of marketing (number 1) and too much politics as the main ingredients lacking in Dominica's Calypso.

The last point of marketing is something that has been said over and over; the truth is we have a nine-time king and the region does not know about him. Hunter is known regionally without all these crowns because he chose to market himself. I would think that marketing should start with your camp. So having 9-10 crowns and it's just local and diaspora who know of your prowess, suggest a percentage of your earnings should be put aside in that effort and I am sure the DCA would move to contribute in that regard.

I trust, therefore, that whoever is crowned will be given the opportunity to perform regionally and his or her music will be distributed regionally and they will not just await a call from Ann-Marie Clarke for a New York engagement.