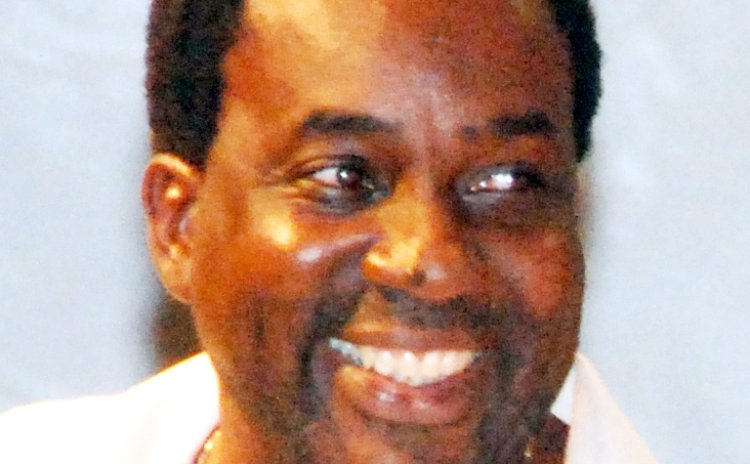 There was a time when songs like Hurricane's "Tiway Yo", Spider's " Hypocrites" NC's " Mama doe rock de boat" Zye's " Gravedigger "or Hunter's 'They Joking Carl" were great barometers that forecasted the demise and even as Scrunter says in one of his compositions Calypso could "make and break governments".

Today Calypso is just a song, a staged event, having little impact on shaping thoughts or impacting the masses to vote one way or another. So comfortable are politicians with Calypso's lack of impact that a politician is a host of "Calypso Night" on DBS and plays at will Calypsos that criticize the present government.

Calypso which was once the watchman of our society and the political platform for the voiceless now lies side by side with politicians. Any critic of their stewardship can easily be nullified by a few promises or tokens. Ironically it would seem that despite claims of rigged elections, voters' fraud, King Dices' dominance over the past decade, and blows inflicted through the pen of Pat Aaron and echoed by the late Booplay, King Bobb, Soul Puss, King Jaydee, and others, no bruises are evident beyond talk show rhetoric.

So, I am not surprised that this year the reigning monarch is no longer complaining, as it seems, according to his latest composition, useless. He would be better served to join Sour Sour with two bottles of rum; the antidote to drowning present-day reality, just enjoy his life like his neighbour and the masses. Three compositions on Chinaman or complaints from his neighbour, despite his warnings, has not awoken her from her drunken stupor, in fact, the neighbour has become even more emboldened to ink her finger in favour of those inflicting the pain.

Notwithstanding the above, I am forced to turn my attention to the nephew of the great Superior Picky, Mighty D, on his commentary as a youth about the things affecting young people. In this Jude 'Jaydee' Delauney-composed Calypso, the young man is making an impassioned plea to the authorities and elders to listen to the young people and tend to their plight or face the anger and rage he sees on the horizon. What a profound message! But who is listening? Probably very few as we dance our way buying "Coco- sticks" oblivious to the sticks and stones being piled up to be unleashed in retaliation by the youth who don't see a future in their own country.

Newcomer Mika sees herself as a 'Hostage' of circumstances- loans, unemployment, and devious men, she cries out "Now on my back I have to lie, the only way I can survive- I am a hostage!" There are hundreds of young women in our country who are faced with the same situation. But who is listening?

Well at least the judges did, as she topped the eliminations round, but, does it go beyond the stage? Does it reach the hearts and minds of policymakers? Lugars sang "I can't eat concrete" a decade ago and I am not sure if the message penetrated as more concrete than ever is being poured via the construction of apartments. That's a good thing, but not if there are no jobs to put food on the table of those who reside in those concrete structures, then the purpose of raising independent families is defeated as poverty breeds crime and desperation.

Well obviously, it seems easier for government to be "building (skyscrapers) apartments walls of steel and stone" courtesy of China or passport money, 'but no one takes the time to build character' which financial independence allows. We have not found a way to translate this into providing opportunities through industry to create exports via factories or manufacturing in our country. Calypso has been talking about it but are we listening or just "enjoying our lives?" Is this truly enjoyment or does Sewo provide an escape to mask our depravity?' "And that is our downfall."

Well, this year there is no 'Sewo,' a silver lining provided by Covid, for scrutiny and introspection on the lyrical content of this year's pieces. For instance, we have even missed the profound message in Mystrie's 'Coco for sale' and have we focused on its suggestive lyrics when it exposes the fact that nothing else is working for the ladies or the economic life of the citizens and so the message is no different from Mika's.

Now 'Sister to Sister', composed by Michelle Henderson, is a masterpiece with a profound message; 'Sis be wise take back control of your life' laments Shanice of Sisserou Singers fame. This is one that has longevity and international appeal. I suggest it be marketed beyond our shores. But will the ladies listen and be wise or just sing along to another abusive relationship? 'nice' song while ironically remaining in their lamentable

Another classic Calypso is that of Abiyah ruminative of Bob Marley's 'Man to man' as she points out that the problem of this world really has to do with man himself. I dare say since Janae, they are the two most wonderful voices to represent in Calypso. Calypso doesn't seem able to attract quality male voices since Dice and Beno, and that's some time now.

Maybe one of the most feasible responses to Calypso 2022 could be the re-naming of Arawak or affixing the name Alwin to it as advised by Triumph. Will Government listen to such a poignant proposal? Will the Reparations Committee, Division of Culture, make representation or find merit with the call, or will they await his demise to so do?

Picklock may be seen as a jester and he is in Calypso circles, but he has a profound message this year calling for help for drug addicts whom he personifies, and I am sure there will be other powerful renditions in the semis. Calypso speaks, but who is listening?

We know we will get the usual politics and 'beff' in Kaiso as we await the semis with some of the so-called big guns. It was unfortunate that Big C's 'De man have vibes" and newcomer' Luscious' did not find favour with the judges. Of course in her "Barbershop" composition which could be better developed, she had a glitch but surely in an elimination round where you are just judging lyrics and melody, this could have been overlooked. Ironically, a couple of calypsonians who were off-key for the better part of their delivery slipped in!

Meanwhile, Intruder, the veteran, may want to develop his lyrics beyond the posterior if he wants. Observer, Checker, and Tasha's messages are sound, and they seem comfortable, so this year Covid did not affect the standard of compositions and there is more to come.

Still, it is going to be difficult to unseat King Bobb with his infectious " Karma coming" as he is the total package- voice, lyrics, performance and to my mind in recent years he is at his peak as compared to his opposite number, King Dice who seem to have moved down a notch or two. .