Calypso Under the Microscope 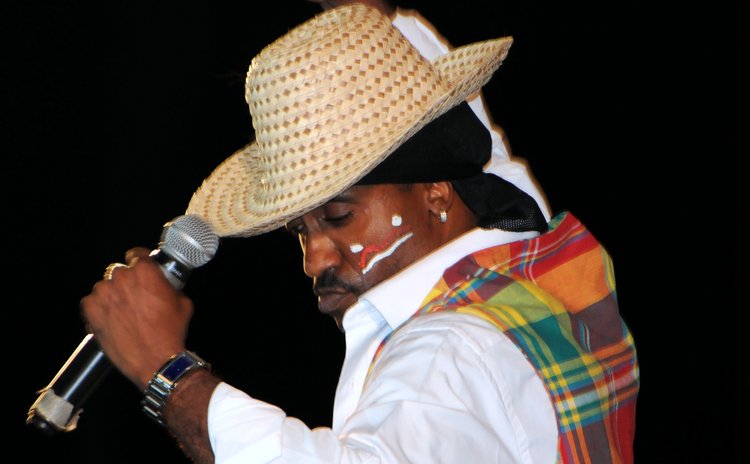 A powerful 13 with a couple reserves have been chosen at the Eliminations to do battle with last year's 20 semi-finalist and finalists on January 28th 2017.The 13 are: Jaydee, Mighty Omee, Comforter, Chris B, Leona, Genius, Trinity, Tronada, Tasha P, Stephan, Third eye and De Healer, in random order.

Most Kaiso fans to whom I spoke to, agrees that Jaydee was one of the favorites during the Eliminations. But this is just Eliminations and we must not get ahead of ourselves. Two former monarchs, in Tronada (1981) and the only female Monarch Tasha P (2011), are back, joining the voices of Comforter and the Trinidadian/Dominican. The lead vocalist of the Swinging Stars band whose eligibility was questioned by some is also making an appearance with his counterparts Tasha and Daddy Chess. Soon, who knows, it may be Horsford next! Such is the power and love for Calypso on island.

Of course, another father and son meet in Third Eye and De Healer (formally known as Mighty P in the junior monarch arena) making it the third time on record that parents and their off-springs meet on the Kaiso stage. Chris B is certainly not 'done wit dat' and Leona and former Junior Monarch and De Nashelle, with new comer Genius and the persistent Trinity, finally cross the line into the Quarters.

Notwithstanding the above a cloud hangs over Calypso and its continuity as we know it. Dominica is the last bastion of true Calypso in the region as even the great Trinidad has succumbed to the Soca pulsating gyrations of the youth craze and wave. Thank God we still have die-hard Calypso fans and so the art form has survived; but for how long?

How long can we resist the Marshal's, Bungi's , Farmer Nappy's, Destra's of today's generation without a plan, a marketing plan, an international outlet for our music? Our most famous Monarch the Dice is not known by anyone in the region except Dominicans in the Diaspora. In fact, Hunter is the most known and probably the only known name of consequence regionally because of his individual effort at marketing and promotion of himself over two decades. Karessa and Logars are right "Calypso not leaving Roseau" and the question is "what we gonna do" (what have we done) after de party?

Imagine no Calypso is played, after except on calypso night on DBS, and the DJs employed reflect what they like and what their audience love: Hip Hop, R&B, Dance Hall, Bouyon and Soca from TNT. They even have reggae on the Boardwalk…so what happens when Calypso has to use crutches or no one walks or comes to its shows.

Well, I saw the utterances of leading Calypso writer, Pat Aaron, and his views about the economy and pending demise of Mas Camp, Whether you like Pat, or not, or support his views that " this is the 'brokest' time ever in the history of Dominica is not for me to address. However as a leading writer I have lamented the plight of calypsonians and artistes in general, and readers of this column know my views.

Nonetheless I will use this medium to articulate strongly that if Mas Camp dies Calypso follows quickly. Soca So Sweet, Atlantis, Unity and Renegade have tried and they could not even well get off the ground in some cases. So Calypso fans, sponsors, the DCA executive and others should not gloat over a possible demise but see the loss of this Camp as dismantling what is quickly becoming an institution in Dominica. An institution has given us the greatest singer of Calypso, the best writer and one of the best and fearless voices in the art form in the person of the late Booplay. Stardom needs that healthy rivalry if anyone understands anything about the history of Calypso, the tents and rivalry. This is what makes the season interesting.

Yes, the diversity is also very good for the art; Stardom with its domination on social commentary and Mas Camp, political satire and commentary. Both deserve a play in our democracy. I also laugh at the fact that while some persons say that in the latter there is too much politics, they are the greatest supporters of the reigning Monarch who leads the charge in this respect. So really people have and can identify with his lyrics, and not just his talent.

Finally, if the ink in the pen of Tim, Jackson and of course Pat, who we all know are expendable; someone may or will replace them or another tent will appear; but just as the West Indies cricket team discovered other cricketers after Viv, Lara, Ambrose, Sobers and others left, so too it may take years for someone to harness the skill, competence, commitment and perseverance year after year after year! By then Calypso as we know it will be no more. Carnival we will be dancing to TNT's Soca and Triple Kay's Bouyon while older folks look down from their verandas reminiscing on Calypso…sweet Calypso.