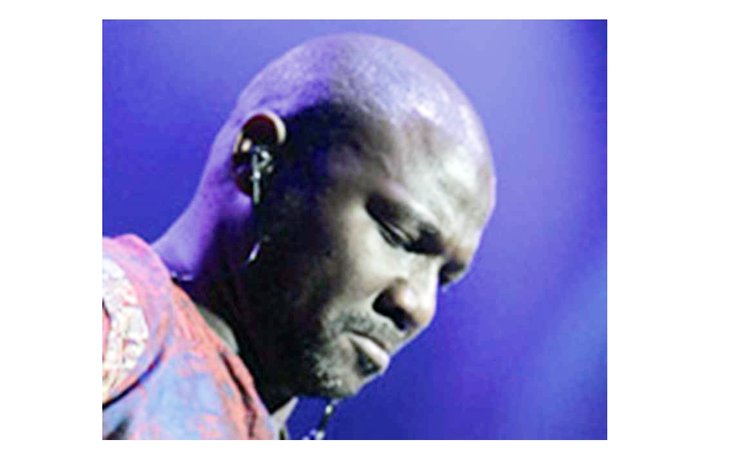 After about four decades of a musical journey from Black Roots in Dominica in the 70s to 30 years in England with the Jazz Warriors Band, Dominican Cameron Pierre the Soufriere/ Scotts Head professional is back in his homeland, this time he says "for good".

Cameron is the first feature in our four part post- COVID-19 (outbreak) entertainment in Dominica.

As I alluded to in a previous article, entertainment is the fourth basic need in life and so Cameron is here at an opportune moment to fill that need despite everything.

In fact he has been here since February with his family and gathering his thoughts as to what he can do to give back some of his God-given talents as a classy guitarist who has lived off his craft from the home base in Britain and which he has honed all over the globe as far as Japan.

Thirty of these years were spent with world renowned Courtney Pine who was the featured guest at the Jazz and Creole Festival in Dominica two years ago. Indeed Cameron featured prominently with the quintet. Some ten years before that he visited his homeland, Dominica, and conducted workshops and impressed experienced players and the young minds he imparted his knowledge to.

According to this international Jazz guitarist, the bass guitar was the first instrument he explored and quite by accident he stumbled on the six stringed guitar. He grew up on a diet of Nat King Cole, his father's most popular artiste of that era. His Dad was also into steel pan, that's as far as he can recall about his early influence. However, his love for music directed his path and he became the bass player for Black Roots, with Pato and the guys from the village of Soufriere.

Apart from his early involvement in cricket, the sport was reduced to his second love as music took centre stage albeit with an incomplete three stringed bass guitar. Since bass guitars carry a minimum of four strings, he was a bit challenged in making the transition when he was called upon to record 10 songs for which he only practiced for two weeks in Martinique.

Not to long after his parents made England their home, Cameron's interest and dedication to his new found love, music, grew to such an extent he paid a guy one dollar just to loan his guitar weekly, to practice. He was happy when his mum agreed to his request to buy him a bass guitar as a gift. Lo and behold, to his initial excitement, then alarm, he opens the box only to be greeted with a six stringed guitar; not the bass he had requested.

Since he did not want his mum to feel bad about the effort he began to practice after a period of apprehension. Well, behind every dark cloud is a silver lining and within a matter of six years he had put together a group with his brothers and some guys of Dominican parentage and this graduated subsequently to a Reggae band which was being slowly accepted and noticed in the community in Britain.

Soon Barrington Levy, Gregory Isaacs, Clint Eastwood all in the Reggae genre were seeking his services. With all his humility he told me that it was not necessarily because he was better than the other musicians, rather he thinks he was probably more committed and this came out in his music.

From predominantly Reggae he was introduced to George Benson by a friend who constantly hounded him about how good this musician was. Well, he proceeded one day just out of curiosity to buy a Benson album. In his own words, he said he was "blown away" as he could not believe the guitar could be played like this. People said he was good but he got a rude awakening and increased his practice discipline to ten hours daily since he had quit his other job and took on music as his career. As if the motivation to greatness by George Benson was not enough he was introduced to Wes Montgomery. He could not believe there still could be someone better and up to today Montgomery has had the greatest musical influence on his life.

Every Wednesday night from 8pm at Ocean's Edge, formally Castle Comfort Dive Centre, he can be found jamming a variety of Jazz influenced music and or interpretations with Junior Delsol or Freddy on bass, Bill 'O Men of Arrow's fame respectively, Leon St Jean on keys and Mozart Winston on drums both experienced cruise-ship and session talents and of course, Cameron himself as featured guitarist extraordinaire.

The music is great and so is Cameron's communications with the audience as birthdays, anniversaries requests are acknowledged and even special songs are entertained while dining. It's a professional touch even during this COVID-19 period and one the entire family can enjoy. The soothing repertoire can range from Stevie Wonder classics to folk music with a jazz twist.

Now Cameron has "Pad up," (the title of his 2007 album) not to play cricket on this drenched COVID field, but to make music on the fret boards of the six- stringed guitar and bass. He will be assisted by his friend and associate, ace bassist, Fred Nicholas. They will run a 12-week programme, starting from the commencement of the school term in September at the Alliance Francaise on Valley Road, behind the Botanic Gardens. Registration is now open for students from the age of 15 years, and of varying competences.