Caribbean facing a less bright future for oil and gas 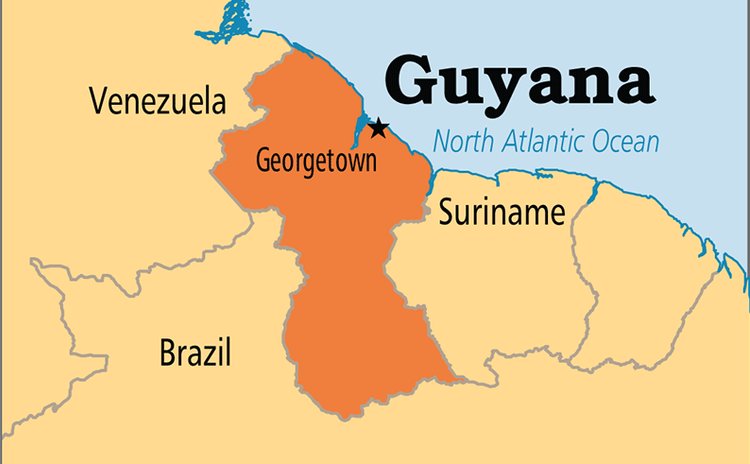 Map of Guyana
By David Jessop

Just a few weeks ago it was possible for Trinidad's Prime Minister, Dr Keith Rowley, to indicate in a major speech, that the Caribbean as whole had a potentially very bright future as a major western hemisphere oil and gas supplier. He had good reason for saying so.

In Guyana both hydrocarbons had been found in significant commercially recoverable quantities, and in Suriname and Jamaica the prospects looked good. Elsewhere, countries from Barbados to The Bahamas, Grenada and the Dominican Republic were taking their first steps towards assessing what might lie beneath their waters, and Dr Rowley believed Trinidad could play a central role in the future development of the sector as a whole.

What made this optimism possible was the willingness of the oil majors and those who finance the costly process of exploration and recovery, to take the risk on deep water unconventional plays of the kind that exist in the Caribbean.

This has now changed for four reasons.

The first is the ill-judged decision by Crown Prince Mohammed bin Salman, the de facto ruler of Saudi Arabia, to pump more oil when the global economy is reeling from the impact of the Corona virus. In early March, just as global demand for oil was in decline as a result of the COVID-19, he decided to flood an oversupplied world energy market with 12.5m barrels a day of crude to try to take market share away from OPEC rivals, particularly Russia.

The second is that at just the moment of global oversupply and declining oil prices, normal levels of demand collapsed. As the virus spread, nations around the world isolated themselves, and industrial users, airlines, shipping lines reduced their consumption and refiners cut back their operations.

Thirdly, this meant that oil companies globally ever since have had difficulty finding buyers for the excess supply, causing millions of barrels of unrefined product to be stored with the intention of releasing them into the market when demand improves, and prices strengthen. Apart from dislocating the oil storage market and shipping - many tankers are now being used for storage - this will have the effect of ensuring that when recovery does occur prices will remain low for some time.

The fourth point is that growing illiquidity and the possibility of a global recession and even a depression, has resulted in investors everywhere fleeing to safer havens, and reducing their exposure to the high stakes risk involved in offshore oil and gas exploration and recovery.

In addition, there is also a Caribbean specific reason. The outcome of Guyana's still to be resolved March 2 elections has heightened perception internationally of the danger of political risk in the region. Serious note has been taken by oil majors and investors of the observations by the US, UK, EU and Canadian diplomatic missions in Georgetown on the credibility of the count, the opposition's suggestion it will lobby Western governments to halt Guyana's oil revenues, and the sanctions-suggesting statement by the US Secretary of State, Mike Pompeo, that "individuals who seek to benefit from electoral fraud and form illegitimate governments/regimes will be subject to a variety of serious consequences from the United States".

The combined consequence of each of these factors can already be seen.

In Guyana the oil dividend is likely to be significantly lower in the near term although still high in relation to the country's GDP. While early oil shipments saw government receive a price of about US$55 a barrel, London based analysts says that uncertain market conditions saw government extending the deadline for bidding for its share of future 2020-21 crude from ExxonMobil's Liza block.

Tullow Oil, another prospector, has also been affected by the downturn in global markets. It has said that it has no immediate plans to continue drilling for oil in Guyana and has still to further assess the results from three wells drilled in 2019. The company has more general problems, having written down its assets globally it is looking to deliver asset sales and to establish a more robust capital structure to enable it to survive.

Consequently, in Jamaica Tullow are now seeking a third equity partner on its huge Walton-Morant offshore concession, in order to finance the drilling phase of the exploration. However, as its current exploration licence with its minority partner, United Oil and Gas, is only valid until the end of July 2020 it is unclear how the impact of the collapse in world oil prices and the company's weak market capitalisation may affect this.

Equally, the hoped-for opportunities off Barbados, Guyana, The Bahamas, Cuba, and the Dominican Republic may now be much further away as the benchmark price of Brent crude stands at US$24.30 per barrel as this is being written, there has been a global collapse in the appetite for risk, and the timing and trajectory of global economic recovery remains uncertain.

In the case of Trinidad which had been poised to participate in the exploitation of hydrocarbons off the Guyanas and had hoped to provide support to Guyana, Grenada, Barbados, Jamaica and The Bahamas, the future is also less bright. The collapse in energy prices and the economic damage associated with COVID-19 means that government must plug an immediate US$745m black hole in its budget and reconfigure its future economic outlook as regional hydrocarbon driven growth is delayed well into the future.

For those able to take a longer-term view there will upsides. When recovery occurs lower oil prices will help tourism-based economies recover more rapidly, assuming the gains are passed on to all energy consumers whether industrial, hotels, citizens or airline and cruise passengers. However, cheap hydrocarbons will present an undoubted dilemma as the region has been moving towards an energy matrix based on renewables, seeing environmental reasons why sustainable energy and tourism should go hand in hand.

Just as the Caribbean seemed to be on the cusp of recovery and a brighter oil and tourism led economic future, it is clear that the oil price fall and the parallel global pandemic are serious setbacks. Both will take time to recover from, require repositioning, effective social and political leadership, and an awareness of changing global influences, all subjects of future columns.