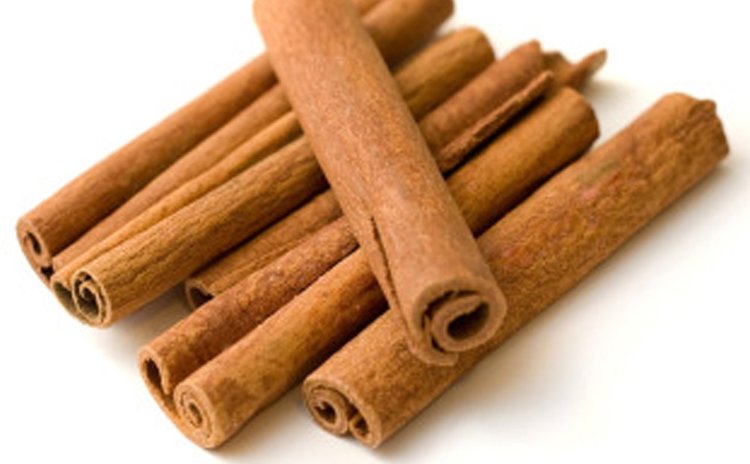 When I recently traveled to the States to visit my daughter, I came bearing gifts of spices and felt somewhat like Columbus! One of spices I gave her was cinnamon, in very large pieces of the bark to be exact. Not only did she appreciate it for cooking since I made cocoa tea, but she knows its medicinal benefits too.

For centuries other cultures such as the Far East, India and Southeast Asia have used cinnamon for bronchitis, gastrointestinal problems, loss of appetite and control of diabetes. Fast forward to the present and research continues to extol the valuable health benefits including: 1. Anti- inflammatory and anti- clotting activity which is due to the cinnamaldehyde. 2. Boosts brain function by its scent alone improving working memory, virtual recognition memory, intentional processes and visual motor speed. Impressive! 3. Anti- microbial properties which stop the growth of bacteria, fungi and Candida yeast. 4. Helps improve control of diabetes. This is an important one for Dominica so read on. It regulates blood sugar and also in-taking 2 grams for 12 weeks has been found to improve blood pressure and lipid profiles in people with poorly controlled Type 2 diabetes. 5. A daily dose of cinnamon protects kidneys from damage from gentamicin, an antibiotic known to cause kidneys problems. 6. Supports blood sugar with people who have Type 2 diabetes improving glycerin status plus cinnamon oil is beneficial for diabetic neuropathy.

All of this is so exciting! I'm also including a recipe for delicious apple cinnamon water said to detoxify and help with weight loss. Ingredients: 1 apple, sliced 1 cinnamon stick 5-7 slices of fresh ginger root Method: Fill a 2 quart pitcher with water Add the apple slices Add the cinnamon stick Add the ginger Allow to steep overnight, then drink.

You can refill with water 3-4 times before replacing the ingredients!

For more information check our webpage www.quantumleapdr.com or call office 440-3118/9.