Come ye forward –everyone-Do the right, Be Firm, Be Fair 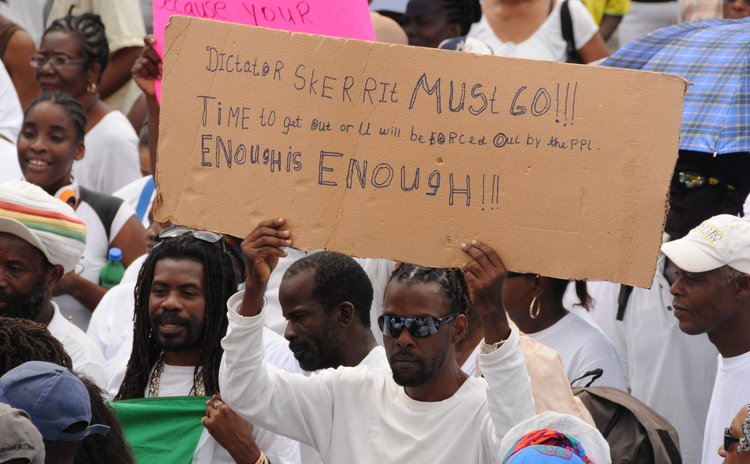 It sometimes happens that in the life of a nation, its people experience a few events for which they are totally unprepared, due in large measure to the novelty of the event. Hopefully, valuable lessons are learnt from those experiences.

One such event for us Dominicans was Hurricane David and the looting which followed. Many genuinely thought that because walls and doors of business places and stores had crumbled, exposing everything within, that this was tantamount to a nod from the Almighty, to "take and eat", "take and build", "take and wear", "take and sell", "take for taking sake." There were stories of people seen with washing machines and other appliances requiring electric power for use, yet those persons, even before the storm, had no electricity in their homes.

When the next storm occurred, even if it was alleged that a few looters were out, the law officers as well as business owners were better prepared.

Another event was what happened on May 29, 1979, followed by the looting, arson, stoning of business places and private homes, as well as the physical and verbal attack of some persons.

It is said that a nation which does not know its history is doomed to repeat the mistakes of the past. It is not just knowledge of the past which is important, but the ability and willingness to learn from the past.

Violence, acts of destruction of property and lawlessness can never be condoned, whether they occur on the astronomical scale as on May 29 and after, or as occurred the night of Tuesday Feb 07, 2017.

Indeed, in the days following May 29, it became a regular feature for vehicles with loud speakers to drive through residential areas, demanding the resignation of Government ministers.

People would report with glee, would boast of which buildings had been vandalized, which Govt supporters were stoned or beaten.

Reverend W. O. M. Pond, author of our national song, was fortunately not in his room which faced the street, when a huge rock which was hurled through a window of his home at Loubiere, landed on his bed. Rev Pond was an amputee.

This is one example of the several acts of lawlessness which took place during that period. The crime of this elderly couple? They were seen as friends and supporters of the party in power.

Did we as a nation lose our "soul" during that period? As far as I'm aware, no one was held accountable, no one was brought to justice. On the contrary, supporters and friends of the then duly elected Governmentt continued to be harassed. A new term was even coined to sum up, to gloat over what had taken place: "The koolwash brigade", referring to the use of stones as weapons.

One must concede that leaders of such events are not always responsible or accountable for the violence which may erupt after legitimately organized rallies and protests. Every society has its share of disaffected people who exploit such situations to their advantage and commit acts of violence without the consent or approval of the leaders.

We should NEVER EVER attempt to repeat the violence and destruction of that period. Life is not static, and any such attempt today would be even more catastrophic.

However, we must acknowledge that the image of our country has been tarnished in the eyes of the world. There are many issues which need to be clarified, questions are being asked, and no appropriate responses are being given. Mistakes have been made. Apologies, explanations, are not forthcoming.

In an attempt at reconciliation, at beginning a healing process, could a concerted effort be made by those in power to be more forthcoming with information on pertinent issues, with answers to questions on matters affecting all of us. Could we exercise restraint in passing judgement, in criticising unduly those who work towards developing our nation.

Dominica is our land, our country. Irrespective of political and religious affiliation, let us join hearts and hands to build, not destroy it, let us work to erase the stigma currently associated with it on the international scene without resorting to any acts of violence.

We ALL have a part to play.