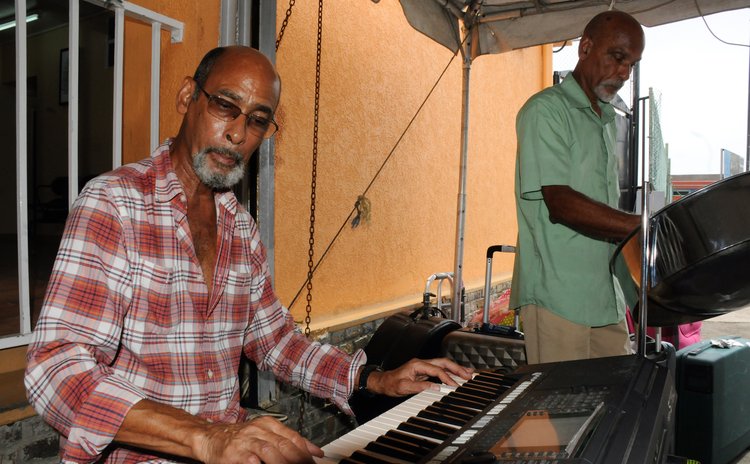 It's the fourth year since a group of senior musicians and performers came together to engage youth in something different for the summer. It is recurring cycles that after exams are over and the summer holiday commences parents are in search of positive programmes that their youth can participate in.

The Public Library is one such avenue that has been tried and proven for many decades; there are certainly programmes aimed at not only enhancing reading abilities of young ones but also a number of social activities and skill-based programmes are offered.

In recent times sport academies have been seen as an alternative from books where children can engage in football. Others look forward to that long-promised holiday overseas which was used as an incentive for students to do well at school (sometimes they don't do well and still go on that trip anyway). Some parents promise bicycles and other gifts but over the past three years the Dominica Calypso Association has collaborated with the Comfort Zone organization to introduce and to enhance the skills of students in playing instruments of their choice.

While the programme, under my directorship, has not graduated to wind instruments however 2-3 courses are offered in playing acoustic drums, six-stringed guitar, bass guitar, keyboards and steel drums.

In addition, in the past scores of children have left the programme with an appreciation not just for their instrument of choice, but with some basic knowledge in song writing and the rudiments of music.

Esteemed educators and practitioners who have served, and in some cases continue to serve, as tutors are: Dominica's ace musician Julie Martin, former Convent High School tutor and present cultural assistant Mrs. Hugette Andrew, Dada Lawrence, Denny Robin, Maximae Powell, Ian Jackson, Clarence Douglas and Marcus Jno Baptiste of the Swinging Stars. This year youth-award- winner Michael LeBlanc (former student of CZM) will, for his second time, be a trainer and Leon St Jean, one of Dominica's leading keyboardist, will also serve as a tutor.

There seem to be a growing interest from the youth in music; however, they always want to play well immediately. The patience of attending many years of music school in preparation for taking the Royal School of Music exams, as has been the tradition, seems unsuitable for many talented youth of today. Hence Comfort Zone has tailored a programme to jump start or whet the appetite of those who cannot finance or tolerate the duration and dedication that those courses demand.

It is then our vision that within six months of this year's programme that something more permanent will be established aimed at targeting these young people. Of course while the programme focuses on the youth, we have also assisted, and hope to assist, those who have an appreciation for music. We also help the adult who bought or inherited a piano or guitar and probably can't play and would like to do so. Comfort Zone music caters for the individual who wants to accompany himself playing his favourite tune at church, for their own pleasure or to show off among friends. This is why it's called functional, it is hands-on, improving the ear and finding the structure for your favourite tune.

It is important to note that there are many theoretically musicians who cannot function without the music score. The idea is to conquer both and why not start with an appreciation for your tool?

The whole idea is that not because one is not formally trained in music or can't attend a music school, that one should limit his ability or cancel his dream of being a great musician. In fact many of the best in the region who have attained international acclaim have not gone past basic rudiments of theory but have excelled through a general appreciation and hard work once the foundation is set. One leading guitarist acknowledged that music is 10% theoretical and 90% inspirational- a gift which can be groomed further by hard work and embellished by theoretical excellence.

According to the director any one can walk in and express their interest and he won't be turned away. As a matter of fact over the past two years some 20 students of Operation Youth Quake have been part of the programme through the OECS Juvenile Reform programme.

It all begins at the Dominica Kaiso House at Bath Estate next week Monday where a group of some 35 students will be poised to enter the world of functional music from Monday July 10th to 27th 2017. It is another avenue to constructively engage the youth this summer.