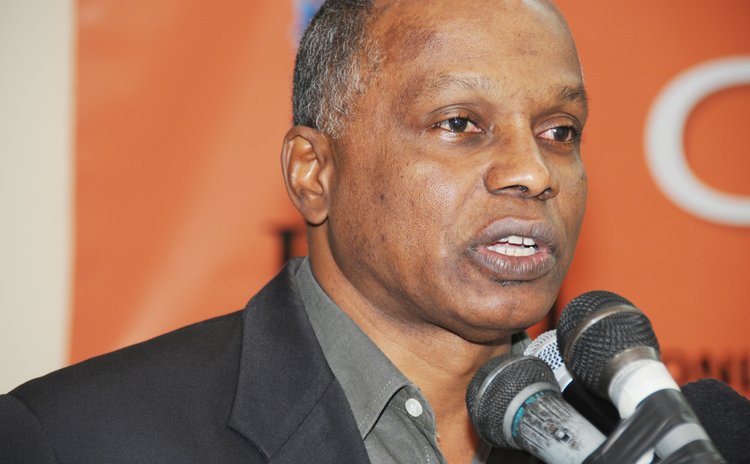 Sections of the press have been critical of the manner in which the Dominica Olympic Committee (DOC) conducted its last Annual General Meeting (AGM) at the Fort Young Hotel on January 24, 2013. At that meeting, supposedly affiliated members of the DOC and the media were blocked out of the proceedings.

For an explanation, the SUN spoke to Phillip White, the treasurer of the DOC for a third term. He said that to be a candidate for election, one must be a delegate at the special conference which follows immediately after the dissolution of the incumbent executive at the end of the DOC AGM.

The president and general secretary of the DOC do not have to be affiliated with any association, White said.

One becomes an affiliate of the DOC by applying for membership, White added. The applicant has to show that it has an executive committee, that it is affiliated to its international federation, and has activities within the sporting fraternity.

For the DOC to exist, it must have five Olympic sports affiliated to the international federation, and once you have these five associations the DOC can function. Then you continue to add other sports associations.

White said the functioning associations of the last four years were football, athletics, boxing, volleyball, table tennis and tennis have been up and down, and swimming has not been active. And now we have new sports like handball, fencing, archery, cycling and taekwondo.

Questioned as to whether these non-functioning associations were eligible to participate in the AGM, White gave an emphatic yes.

"We have all the affiliates, those actively functioning and those that are in the process of coming on stream as well as the non-Olympic sports. Each affiliate of the DOC is entitled to have two delegates," he said.

Prior to the AGM, two sports: cycling and squash were written to, to prove their affiliation with their international federations so that they could attend the meeting. Cycling responded admitting that they were not totally affiliated. Squash did not respond; so these two associations were not allowed to attend the meeting.