Corruption at the CCJ? 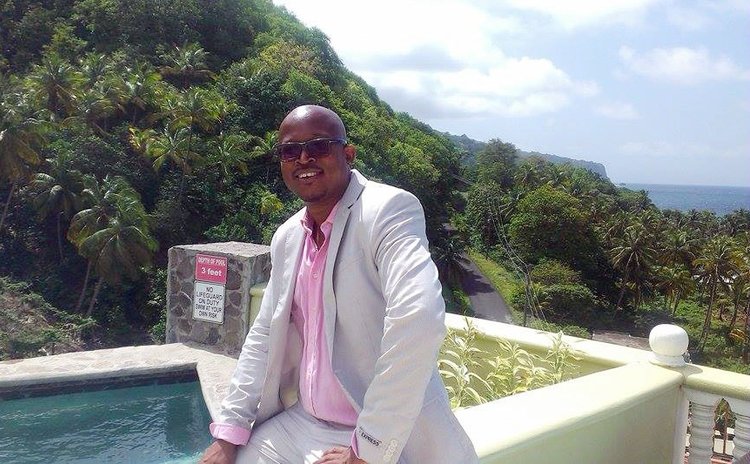 "Hostile, emotional and irrational..." are just some of the unsavory adjectives used by Emile Ferdinand QC to describe me in a recent interview. Indeed, the senior Caribbean jurist came out swinging in defence of Sir Dennis Byron, and his colleagues at the CCJ, in defence against corruption allegations levelled against them by me in a recent WINFM interview.

In the interview I called the integrity of the court into question due to several irregularities arising from the most absurd decision in the Tommy Lee Sparta matter where the court ruled the private entity who contracted to receive entertainment services from a Jamaican firm in a sector approved by the heads of government, has no standing at the CCJ to bring a lawsuit against Dominica.

The government of Dominica without just cause, decided to deny entry, arrest, detain and deport, Tommy Lee and his Jamaican entourage, causing the cancellation of the concert the Applicant was hosting at his privately owned entertainment venue in Portsmouth, Dominica.

According to Mr. Ferdinand in his defence of the integrity of the court, when Sir Dennis Byron was President of the International Criminal Tribunal on Rwanda he would regularly meet with United Nations officials therefore there is nothing irregular or abnormal about Sir Dennis Byron meeting with the heads of government, in Guyana.

I must say that I was quite shocked to hear such an eminent legal luminary from our region putting forward such a ridiculous argument.

The UN Security Council is the body that set up the International Criminal Tribunal in Rwanda, and were responsible for its administration, so yes, it would be normal for Sir Dennis Byron to update them, but in this case, Cabral Douglas v Dominica, Dominica is the Defendant in the case!!!

In other words, they are the ones that are on trial...

Is Mr. Ferdinand QC suggesting that it would be normal/acceptable for Sir Dennis Byron to privately meet with the African warlords on trial for committing genocide and other crimes against humanity while the trial was in progress?

How could it be normal/acceptable for any judge at any level to be meeting with a defendant in a case, while the case is in progress/pending? Then to make matters worse, in this instance, Sir Dennis Byron announces that the court will be ruling in favour of the defendant, on the most dubious grounds I might add, on the very same morning of that meeting!!!

What you are seeing is the appearance of corruption at the highest level, which brings the CCJ as court into disrepute, and has absolutely nothing to with sour grapes on the part of the applicant, as suggested by Emile Ferdinand, QC.

Sir Dennis Byron knows very well that he could never do that in the white man's court, and this is exactly what I referred to as the "slave" mentality in my case commentary entitled: Nothing Could be Further From the Truth.

If Sir Dennis Byron had embroiled himself in such shenanigans in a white man's court, he is too educated and experienced not to know that a mistrial would be declared immediately, he would be investigated and removed from the case, and the case would be tried over again, causing a big scandal, and a loss of confidence in the court by the public.

But because of the slave mentality which has been internalized by our legal fraternity in the region, instead of seeking to maintain the integrity of the court by calling for the immediate resignation of Sir Dennis Byron, you hear prominent QC's telling the people of the Caribbean that judges meeting with defendants during trials against them is normal!?!

On what planet is that normal?

In any credible court in the civilized world there would be at least an investigation into this by an impartial commission.

And, for those like Emile Ferdinand QC and others who argue that our regional court is credible and no different from the Privy Council in England, here is your big chance to prove it by joining me in holding the CCJ to the same standard that the Privy Council and other credible courts around the world are held to, which is exactly what I'm calling for here.

If Sir Dennis Byron is asking Caribbean countries to delink from a century old credible institution of Justice like the Privy Council in favour of the CCJ, on the premise that the CCJ is a credible court, then I think it would be reasonable to expect him to start conducting the affairs of the court in a credible and transparent manner, in order to earn the confidence of the people of the region.