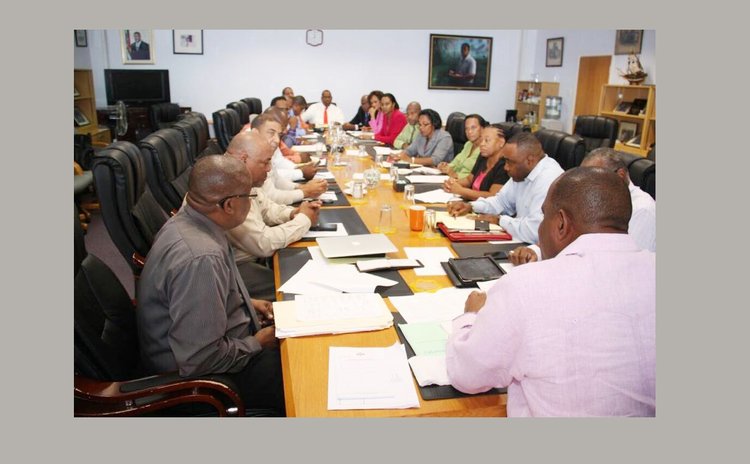 Everybody should budget, including the Government of Dominica who will be presenting the national budget probably later in July.

And as we have stated on numerous occasions every Dominica should pay attention to the budget address that Prime Minister Roosevelt Skerrit will present to parliament because whatever Mr. Skerrit says, or doesn't say, will affect our disposable incomes, how much we invest, how much we spend and how much longer will the current economic strangulation continues.

This upcoming national budget will cover the period 1 July 2022 to 30 June 2023 and it will outline Government's spending priorities and how it plans to raise enough money to implement its projects and programmes. Ignore all the pomp, pageantry, and political acrimony of the annual budget presentation.

As we have reiterated over and over again, the government must be honest about its "interpretation" of the state of the Dominican economy because we cannot continue living in a fool's paradise. A drunkard cannot move towards rehabilitation unless he admits he's a drunkard. Now is the time for brutal honesty about how badly the Dominican economy has been doing and outlining, in simple terms, how together we are going to fix it.

We do not envy the politicians, especially the minister for finance, who have been elected to manage the Dominican economy. Almost everyone will agree that in the best of times Dominica is one of the most difficult countries to manage and the current economic situation exacerbated by the COVID-19 pandemic and the ongoing war in Ukraine has made the situation precarious.

For that reason, the government must go beyond the usual and solicit the assistance of every Dominican, including the Opposition, to help prevent this country from joining Haiti in being the region's failed state.

So, since a national budget is no different from a household budget, during tough times everyone must reduce costs and where possible increase revenue if the budget is to balance.

As we have suggested for decades with a cabinet of 18 ministers this government must be placed on a diet; it is too fat for such an underpopulated country with severely limited resources. There's no way that Mr. Skerrit can justify such excesses and then attempt at convincing civil servants that the government cannot afford to pay increases in salaries and improvements in working conditions.

Government must advise its citizens that during the 2022/2023 Fiscal Year increases in remuneration and the purchase of supplies and materials is out of the question- we just cannot afford it. Then, Mr. Skerrit should add that we are setting the belt-tightening example by cutting the cabinet from 18 to 12 ministers and by significantly reducing overseas traveling for government ministers and top civil servants. Mr. Skerrit would agree that the recent expenditure on the Commonwealth Heads of Government Meeting in Africa and the lengthy lobbying to reappoint Baroness Patricia Scotland to the post of Secretary-General was wasteful, especially at this time.

Almost every island in the Caribbean, except Dominica, is positioning itself to exploit this emerging sector and the Skerrit Administration's don't care attitude to medical marijuana is extremely perplexing especially given Dominica's unique advantages.

If insanity, according to Einstein, is doing the same things and expecting different results, then let's stop preparing these "insane" budgets.

In 2022/23, let's exploit the medical marijuana market and cut the bloated cabinet.