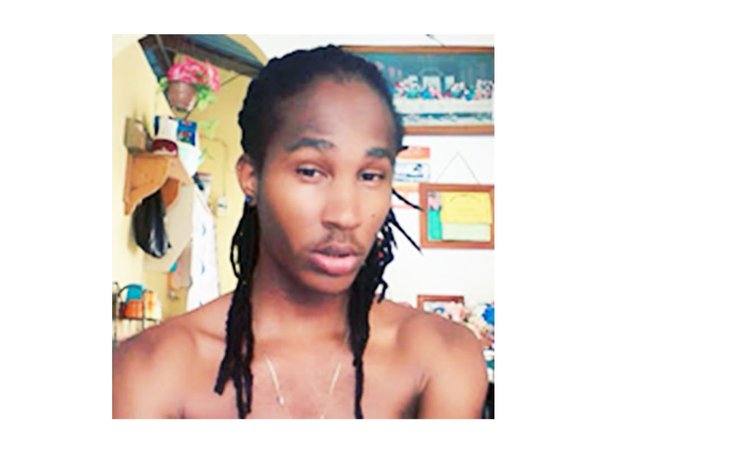 Yes, Carnival is over but we never seem to stop to consider the persons behind the scenes or even those on stage who either bring us events via the cameras or those who perform in front of them. This week we look at two of Dominica's outstanding personalities who have found expression in two vocations which are not very common here. The skill of the videographer and the male dancer is not one many readily embrace but they form an integral part of our cultural expression and documentation.

Vince Jno Lewis, 21, is a creative dancer; he says he isn't what he does but actually who he is. His interest from elementary school elevated him to be a dance instructor at the Dominica State College's Glee Club. But it was in 1995 after viewing the Michael Jackson "Dangerous" tour with his powerful vocals, dance moves and the discovery of the moon walk that convinced Vince.

He reminisces that while the guys played sports or watched wrestling, he found himself in dance, thanks to his mother and granny, Noeline Olivacce and Julia Jno Lewis respectively.

Whether it was in church, community group involvement or some other special occasion he became a founder of the 26-member "Versatile Dancers" Then after studies in Morocco he formed the "Street Swag Royalty" crew in 2012 having learnt and served as chorographer in that African country. The diversity of influences of Caribbean and African cultures that he had to work with has paid dividends as his Swag Dancers for those who have seen them are undoubtedly the most electrifying and sensational dance group presently on island. Whether it is at Q95's talent search activities, WCMF, RBD Cinema during the Grammy Award-performer Mario's concert, or various fetes and events island wide, Vince Jno Lewis and his group is fast becoming a household name.

It is all about the sensuality, gyration, flexibility of the dancers, the innovativeness, simplicity of attire/costumes, the vivid story lines, and the precision - all hallmarks of a Swag Dancers performance. Vince says it's all about the "Diversity of the choreography. This diversity can be attributed to his exposure to Mongolians who he witnessed perform while he studied in Morocco. He has been able to incorporate these dance moves with the Soca of Destra, Allison Hinds, Hip hop of Chris Brown, Bouyon of Triple Kay, Asa Bantan and WCK and the Cadence of Jeff Joe, Ophelia and Michele Henderson.

I caught Vince about two months ago during an audition at the Arawak House of Culture and was quite impressed seeing a young adult being given such respect by his peers as they tried to pattern his moves and listened to his council. He was pleased to announce the names of the six young persons who passed this audition and are now the newest members of his dance crew. This is evidence of the seriousness of this young man; contrast this with bands and other cultural groups who never hold auditions to ensure that one has the required competencies for the job. Instead they engage friends and associates, at the expense of competence!

It has not been just smooth sailing for Vince; of course, there is the unfortunate stigma that some ill-informed persons attach to male dancers in particular. Despite this, he is focused on his dream to be a professional choreographer with a degree attached to his name equivalent and as competent as any doctor lawyer or accountant. Meanwhile Vince makes an appeal for greater focus and training for dancers and performers on a whole.